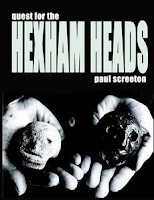 Good morning Ladies and Gentlemen. The Weird Weekend is now progressing rather nicely. Nothing major has gone wrong, and everyone seems to be enjoying themselves. I have evern been featuring the music of Michael Des Barres heavily, with gratuitous plus. So all is right with the world (except for the fact I only had three hours kip last night).

On the Gonzo Daily we have been following the progress of the latest round of Yes promotional interviews. There have been lots of interviews with Chris Squire, but now we have an interview with drummer Alan White, who has been one of my favourite drummers since he appeared on Live Peace in Toronto with John and Yoko...
http://gonzo-multimedia.blogspot.com/2012/08/link-alan-white-interview.html

"Trevor Rabin is a South African-born composer, guitarist, songwriter and producer [...] Rabin
learned guitar and piano as youth, and played in a couple of bands as a teenager. His involvement in his first serious band, Rabbitt, led them to become to this day South Africa's most successful band. He left the band to pursue a solo career in the UK in 1978. In tandem with performing, Rabin became increasingly involved in production, working with Manfred Mann, Ray Davies and Jack Bruce, among others.At this time he linked up with Chris Squire who was in the process of forming his own band. The band grew and eventually, with so many ex-Yes men in the group, including the lead singer Jon Anderson, they resurrected the name Yes." This is a bit like saying that 'Romeo and Juliet' is about two teenagers that die...
http://gonzo-multimedia.blogspot.com/2012/08/link-trevor-rabin-interview.html

We all love Erik Norlander because Erik Norlander is ace. From these reviews that we have been receiving it looks like everyone else loves him too...
http://gonzo-multimedia.blogspot.com/2012/08/erik-norlander-review_4468.html

Another visit to Thom the World Poet:
http://gonzo-multimedia.blogspot.com/2012/08/thom-world-poet-daily-poem_2262.html

A Saturday morning story for all you Captain Beefheart fans out there..
http://gonzo-multimedia.blogspot.com/2012/08/link-barbra-streisand-vs-captain.html

And finally, an interview with the irrepressable Michael Des Barres - a peerfless artist and a jolly nice chap!
http://gonzo-multimedia.blogspot.com/2012/08/michael-des-barres-belgian-review-back.html

Sorry that things are a bit perfunctory today, but Weird Weekends are hard work to organise. See you tomorrow (when at least part of it will be in rhyme)!

And in one of those synchronous moments much loved by Forteans as I was writing this I received notification from the Centre for Fortean Zoology about their own blog piece on bezoars, typical ages without a log on bezoars and then two come along at once!
Read on...
Posted by Jon Downes at 9:13 AM No comments:

New at Frontiers of Zoology, a trio of Bigfoot-related articles:

Posted by Jon Downes at 8:53 AM No comments:

It wasn’t long ago that wolves were thought to be found only in Europe, Asia, and North America.

However, there were always wolf-like golden jackals that had scientists perplexed for many years.

Then, in the January of last year, a study that compared the mitochondrial DNA of wolves and golden jackals, including these wolfish ones, revealed that the wolfish jackals were not golden jackals at all.

Instead, it was found that they represented a primitive mitochondrial lineage within Canis lupus.

So they were wolves after all.

However, that study also revealed that these wolves were also found in Ethiopia. Not to be confused with the critically endangered Ethiopian wolf (Canis simensis), the African wolves were an early branch of the Canis lupus species that invaded Africa and then became genetically isolated from the main wolf lineages of Eurasia and North America. This exact same issue exists with Himalayan and certain wolves from the Indian subcontinent. Their mitochondrial lineages are very old.

The discovery of Canis lupus wolves in Ethiopia was a bit of a shock, and the question that everyone want to know was exactly how extensive the African wolf’s range was.

Posted by Jon Downes at 8:47 AM No comments: