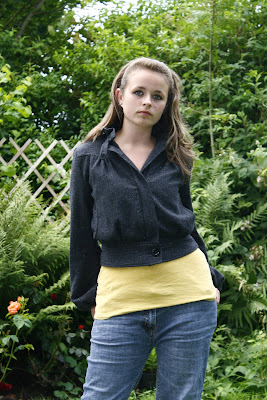 Happy Birthday my dear
Posted by Jon Downes at 1:45 PM No comments:

On this day in 1961 Dashiel Hammett died. Hammett is often credited as the originator of Hard Boiled Detective fiction.

A clever trailer for Hammett’s Nick and Nora mystery The Thin Man:
http://www.youtube.com/watch?v=nSNJ-8ouQEM
Posted by Jon Downes at 1:21 PM No comments:

FFI needs to raise £70,545 in order to continue our conservation work in the Kerinci Seblat National Park, Sumatra, Indonesia. This is one of the final strongholds where the Sumatran tiger can still be found - only 700 are left in the wild.Proposed road building plans are putting the tiger at further threat of extinction.Please make a donation now to help us reach our target.

DALE DRINNON: Two new postings on the Frontiers of Anthropology

Voyages of the Pyramid-Builders, which not only disputes the idea that pyramids (Ziggurats) originated in South Asia (Sundaland), it suggests strongly that the pyramid-building tradition in the Sundaland area is a secondary wave coming back out of Mesoamerica as recently as the 12th and 13th centuries AD (including evidence of Old World maize then):
http://frontiers-of-anthropology.blogspot.com/2012/01/voyages-of-pyramid-builders.html

And a message from David Campbell (writer on the subject of pyramids on his own) commenting on two of the other recent FOA blog postings:
http://frontiers-of-anthropology.blogspot.com/2012/01/comment-by-david-campbell-on-origin-of.html
Posted by Jon Downes at 12:22 PM No comments:

Email ThisBlogThis!Share to TwitterShare to FacebookShare to Pinterest
Labels: Frontiers of Anthropology

CFZ PEOPLE: Dale Drinnon brings us up to date with the world of 'Cedar and Willow'

Just a short blog at Cedar and Willow to start catching up again: this is the first one there for January.
http://cedar-and-willow.blogspot.com/2012/01/chickie-as-others-see-her.html
Posted by Jon Downes at 11:25 AM No comments: