I am finding the cultural fallout from The Rolling Stones' Glastonbury show quite interesting. The only thing that anyone seems to want to complain about is their age. So What? Everyone ages. No-one looks as good as they did thirty years ago. In fact I look considerably better since I discovered that without a beard, and with that silly moustache I had, I looked vaguely like a bad tempered goldfish. But I digress. The band played a blinding set, and - particularly the bit with Mick Taylor - proved that the vision that Brian Jones had all those years ago for a British R&B band featuring intermeshing guitars, still sounds valid in the 21st Century. Over the past year the Rolling Stones brand looked to me and other media commentators on several occasions as if it had run its course. Saturday night proved us all wrong. Wrinkles? Who cares?

*  Jon Downes, the Editor of all these ventures (and several others) is an old hippy of 53 who - together with his orange cat (who is currently on sick leave in Staffordshire) and two very small kittens (one of whom is also orange) puts it all together from a converted potato shed in a tumbledown cottage deep in rural Devon which he shares with various fish, and sometimes a small Indian frog. He is ably assisted by his lovely wife Corinna, his bulldog/boxer Prudence, his elderly mother-in-law, and a motley collection of social malcontents. Plus.. did we mention the orange cat?
Posted by Jon Downes at 1:18 PM No comments: 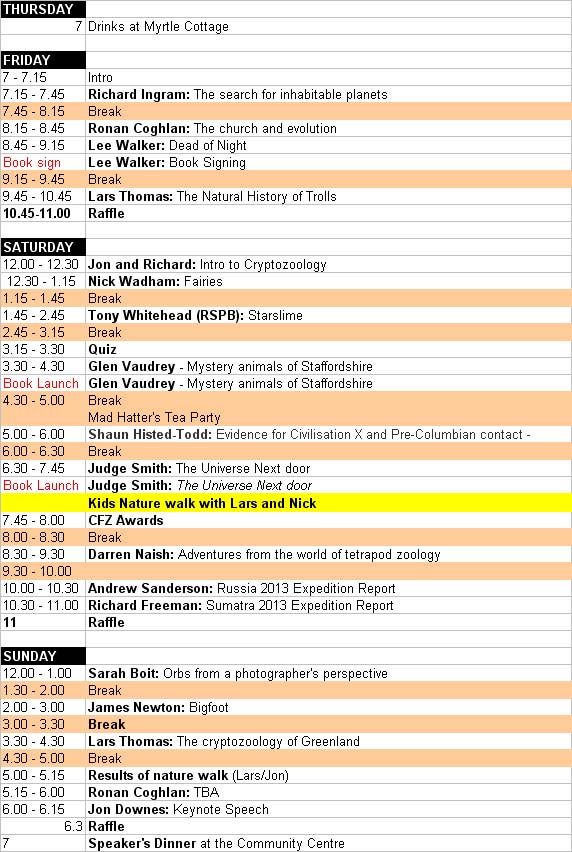 INAPPROPRIATE CORNER: How Does It Taste? Korean Traditional Drink “Ttongsul” Made From Human Feces

One of Korea’s best-kept secrets, Ttongsul (똥술) is Korean for “feces wine”. This drink is made by pouring shochu into a pit full of chicken, dog, or human feces, and leaving the mixture in the pit until it ferments. Human feces is most popular, since it’s readily available from chamber pots. It’s similar to the African drug jenkem, but unlike jenkem, Koreans actually drink the Ttongsul, out of the belief that it can cure illnesses.

CRYPTOLINK: Is there a new type of rodent roaming our fair city?

Are a new breed of giant rats evolving on our streets? If you’re in doubt, just take a look at the beast being held aloft by Highgate resident Adrian Whitaker. Whitaker found it after he heard the snap of a mouse trap while eating his dinner last week. Pulling back his dishwasher he found the furry giant staring back at him.‘The rat was dazed by a tiny £1 mouse trap. I picked it up with a bag and frogmarched it out of the door,’ says Whitaker, before adding with a sinister flourish  ‘I took some firewood to it and took a few hits to kill it.’ Whitaker estimates that the animal was about the size of a small dog, or the length of his forearm. ‘They are getting bigger in cities,’ concurs rat expert Richard Moseley, technical manager of the British Pest Control Association. ‘Food sources are more available. Food waste, especially junk food, is greater than it used to be,’ he said. According to Moseley, the standard rat measures 40 cm, although creatures measuring in at 45cm have been reported.
Read on...
Posted by Jon Downes at 12:44 PM No comments:

At about lunchtime today we reach the middle of the year so give yourselves a big pat on the back for getting this far. Doubtless your imagined nemesis of choice thought they would have bested you by now... But they were WRONG! Have a cup of tea to celebrate.
And now the news:

to go with your mid-year cuppa might I suggest a coconut based biscuit and a jolly, but ironic, song like this:
http://www.youtube.com/watch?v=H3NVPOedkEk
Posted by Jon Downes at 10:18 AM No comments: