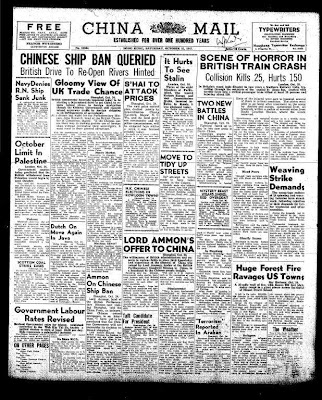 DALE DRINNON: Could Nessie REALLY Swim through the City of Inverness Unnoticed? 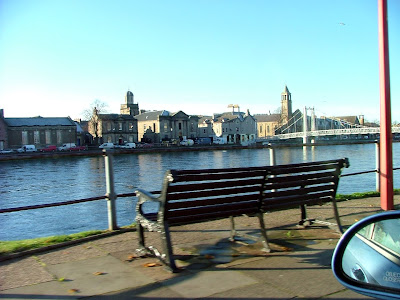 I am surprised at how often I hear it raised as an objection that if a large animal swam up the River Ness through the metropolis of Inverness it should attract some attention at least.

And Literally NOBODY in Indianapolis was aware there was an 'alligator' in the White River at the time. There were not even any rumours circulating about it: our press services picked up the story from the National Press services. Periodically there are large sea animals (whales) that go up the rivers in the middle of big cities like San Francisco or New York City. Unless somebody lavishes a lot of press coverage on the event or writes a book nobody pays any attention. The tendency to disbelief is THAT strong.

So actually it is not difficult to believe that it happens every so often Nessie goes swimming down the centre of Inverness (usually in choppy floodwaters and at night, according to some of the witness reports when something actually was reported) and nobody even bothers to go take a look. As a society, we are THAT apathetic.

[Many instances of errant crocodylians are listed in L. Coleman's Mysterious America among other sources. The instance I mentioned in Indianapolis was after the publication of that book. I subsequently read about it in FATE magazine; the story had not been carried locally. I live in Indianapolis.]
Posted by Jon Downes at 11:52 AM 2 comments:

OLL LEWIS: How the West Learnt About the Yeti: Part 4

In modern times Everest has become much more accessible to Westerners, Nepal is a fairly open country with close ties to the West (particularly the UK due in a large part to the Gurkhas) and yet sightings of the Yeti are reported less from the area than they may have been in the past. This could be for fear of ridicule due to the erroneous belief held by some people that no cryptids/unknown species of animal could possibly exist because they would have been discovered by scientists already. Although this is a view held by many who like to think they know about science, this is thankfully not a view held by the majority of biologists who in most cases would at least be open to the possibility that cryptids may exist even if they would consider it a very small probability or certainly not shout it from the roof tops and are well aware that there are new species being discovered all the time.
Another reason that Yeti sightings may not be reported as frequently from the area is the increased urbanisation of the population: not only are people less likely to see something if there are less people walking through the areas where it may be but often when a population is urbanised they don't pass on the old folk tales or those stories about the time great-grandfather saw a Yeti. Case in point: when I was in university one of my flat mates was an international student from Kathmandu in Nepal and when I asked him about the Yeti it turned out that he hadn't even heard of it before. It is worth remembering as well that from the mid '90s until recently there was a civil war in Nepal with large sections of the countryside controlled by people of opposing ideologies so often travel within the country and the flow of information may have been somewhat curtailed.

As a result of all this in more recent years Yeti researchers have paid a lot closer attention to India and the Garo Hills especially. The Garo Hills has not only has had sightings of Yeti going back many generations but has the advantage of having, in recent years, been much more politically stable than Nepal and being a part of India is much easier to obtain access to than the Tibet area of China. Along with the recent CFZ expedition to the area there have been several other expeditions and investigations conducted there so far this century including an investigation by the BBC in 2008.

It was during this investigation that Depu Marak gave some samples of what he believed could be Yeti hair to BBC journalist Alastair Lawson to be tested in the UK. The hairs were analysed in July 2008 by several different laboratories. The first of the tests was the microscopic analysis of the hair samples, which helped to eliminate the originator of the unknown animal hairs from a list of known species by Ian Redmond. At this stage of the investigation Redmond was able to eliminate Asiatic black bear, wild boar and macaque monkeys from the list of potential suspects, and he was optimistic that the hair could have come from an unknown species of animal. The hair follicles were still attached so there were sent to an American laboratory who preformed a DNA analysis. The DNA results came back as Himalayan goral. Redmond was optimistic about these results as although they had not confirmed the existence of the Yeti they did at least mark an extension of the goral's range into an area where they had not been observed before. Finding evidence of an animal where it has never been seen before is not as spectacular as finding evidence of a Yeti but is still an interesting outcome. An expedition to Bhutan also obtained possible Yeti DNA evidence; however, when this was analysed by Professor Bryan Sykes this was found to be from a brown bear or an Asiatic black bear.

DNA results would only be the first step in verifying the existence of the Yeti; even if intriguing results pointing to an unknown species are obtained all these will tell you is that there definitely something out there. In order to fully confirm a creature's existence and that it is a new species then it is a sad fact that you would need a body. The Italian mountaineer and explorer Reinhold Messner believes he may have obtained just that when he shot a bear in Tibet. In the 1980s he had seen a bear, which he took to be a Yeti on first glance and when he compared tracks that it had left in the snow with photographs taken by Eric Shipton in 1951 Messner concluded that they were very similar.

Whatever the truth behind Yeti sightings, with such a range and variety to them in the selected examples I have written about in these blogs, it is unlikely they all have the same explanation. Some sightings or evidence could be due to misidentification of known animals, some could be hoaxes and some could well be of an undiscovered animal. Truth be told, after having heard tales of the Yeti in the West for almost 200 years we are not much closer to any definitive answers than we were when B.H. Hodgeson wrote about what he thought might be a Himalayan orangutan.
Posted by Jon Downes at 11:45 AM 1 comment:

Last month's positions in this pinky colour, which I think is called cerise. The charts this month have been dominated by Karl Shuker, Darren Naish and the other newish releases. Here's looking forward to the Christmas sales figures.
Posted by Jon Downes at 11:44 AM No comments: