ADAM DAVIES: Talks about his new book on Bigfoot (out later this week on CFZ Press) 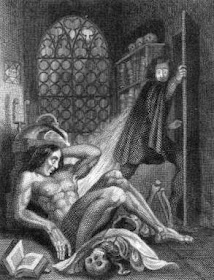 Recently I was thumbing through early issues of Denmark's first true newspaper, Extraordinaires Maanedlige Relationer, when I stumbled upon the following report from February, 1673 (my translation):

In Frankenstein (Silesia), an ungodly body by the name Henrik Krahlen, along with his wife Eva and daughter Anna, has done a hideous and shameful thing. For 8 years they have unearthed dead people and removed their hearts and lungs in order to make a powder. This powder was mixed with poison and cumin and sold to unknowing victims, of which 5 are now known to have died. Furthermore, Henrik Krahlen has spread this powdered mixture on the streets throughout town and put it in fresh drinking wells. People were supposed to have been poisoned by this too, but god intervened, and it therefore had little effect.

Krahlen also went into a church where he held a secret feast of boiled and (prepared?) human hearts, together with his followers, who also drank from human skulls. In another church he stole from the money box and committed other injustices. With the bodies of women, he has performed in such ways that it is best kept secret, especially among Christians. Finally last year, right after the Pentecost, he and his wife and daughter were caught and thrown in jail. On the 23d of January this year [1673] he receieved his rightful punishment, when he was put on a wagon and pinched with red-hot pliers in all four corners of town. Afterwards he was taken out of town, where he witnessed the decapitation and burial of his wife and daughter. Then all of his limbs were crushed with a wheel and he was burnt alive at the stake.

The account is fairly outrageous, and sounds more like the plot of a modern horror movie. You probably couldn't sell it as a script prior to the Eli Roth generation of filmmakers, and would have to settle for an independent production similar to Nekromantik. Even with all the crazy stories in the media today, it still stands out. I have no idea if it's even partially true, though, but I think we can assume that at least something happened there. And even if it is a complete fabrication, the story is interesting from a whole other perspective. 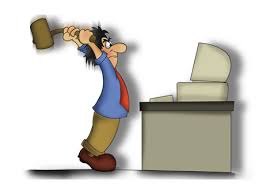 I have been struggling with a html/javascript problem for nearly a week now. Is there anyone in the CFZ readership who is less of a dunce on the subject than me, and who can help me do something that appears to be relatively simple?

I just want to put this effect: http://jsfiddle.net/esteewhy/5Ht3b/6/
on the background of a webpage. But I can't

Email me on jon@eclipse.co.uk if you can help
Posted by Jon Downes at 1:13 PM No comments:

*  Jon Downes, the Editor of all these ventures (and several others) is an old hippy of 54 who - together with an infantile orange cat named after a song by Frank Zappa puts it all together from a converted potato shed in a tumbledown cottage deep in rural Devon which he shares with various fish, and sometimes a small Indian frog. He is ably assisted by his lovely wife Corinna, his bulldog/boxer Prudence, his elderly mother-in-law, and a motley collection of social malcontents. Plus.. did we mention the infantile orange cat?
Posted by Jon Downes at 12:37 PM No comments:

Before It's News
The message of the Bigfoot phenomena movie is “You can't judge a book by its cover.” And Trujillo, who has won national video awards and

This Place Has Had Three Bigfoot Sightings in Under 24 Hours!
Before It's News
Kelly Shaw of the RMSO shares this bigfoot sighting a water truck driver had near the ghost town of Deadwood. This is the 2nd of 3 sightings to have

Footage of Aussie Bigfoot Sniffing of Game Cam?
Bigfoot Evidence
Jason H. has been tracking the Australian Yowie for a while now, and he's actually managed to capture something unique on his tree cam this time.

Project Bigfoot Trailer (Video)
Before It's News
Another Bigfoot movie! This year has definitely seen it's share of Bigfoot movies, and here we find one that looks like it will be a comedy. The film is set

Britain's Bigfoot: Naming the Beast
Mysterious Universe
Over at the Bigfoot Evidence blog, you can find an excellent, and extensive, list of the many and varied names that have been applied to the world's ...
Posted by Jon Downes at 12:33 PM No comments: 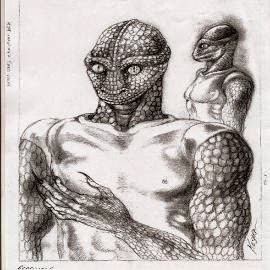 ON THIS DAY IN 1943 - During World War II, Italy signed an armistice with the Allies and declared war on Germany.


AND TO WHISTLE WHILE YOU WORK... (Music that may have some relevance to items also on this page, or may just reflect my mood on the day)
Posted by Jon Downes at 6:38 AM No comments: