New on Frontiers of Zoology,
Deviant Art by Tim Morris (Pristichampsus) which illustrates one of my theories:
http://frontiersofzoology.blogspot.com/2012/04/gwiber-wyvern-by-tim-morris.html

On Tyler Stone's Blog,
Part one of a projected three-part series on Neanderthal facial features:
http://titanoceratops.blogspot.com/2012/04/neanderthals-eastern-bigfoot-and.html

We have another sparkling collection of rock and roll odds and sods for you today on the Gonzo Blog.

First up Judge Smith, one of the founder members of Van der Graaf Generator talks about his album 'Curly's Airships' which amongst other things features Peter Hammill himself:
http://gonzo-multimedia.blogspot.com/2012/04/judge-smith-curlys-airships-podcast.html

Chris Thompson, late of Manfred Mann's Earth Band, and a jolly good performer in his own right does what many have attempted - and failed - before. He tackles Bob Marley's 'Redemption Song' and gets away with it. We have an exclusive slice of Video for you:
http://gonzo-multimedia.blogspot.com/2012/04/chris-thompson-doing-redemption-song.html

We have a mightily peculiar French review of Merrell Fankhauser's new album. Even accounting for the vagiaries of Google Translate, I still can't work out whether he likes it or not. I am posting this more out of curiosity than anything else:
http://gonzo-multimedia.blogspot.com/2012/04/link-merrell-fankhauser-french-review.html

Whilst on the subject of Merrell F, here is a much more conventional review (he likes it) and a very cool picture of the man himself:
http://gonzo-multimedia.blogspot.com/2012/04/link-merrel-fankhauser-review-and-cool.html

We also have a French review of 'Orfeas' by Judge Smith (once of Van Der Graaf Generator). It seems other people like this album nearly as much as I do.
http://gonzo-multimedia.blogspot.com/2012/04/link-judge-smith-french-review.html

And just in case you missed them, here are a couple of ELP related stories bthat I posted last night whilst in a fit of enthusiasm. They include news of Greg Lake's new tour, forthcoming album, and why an ELP reuinion seems rather unlikely:
http://gonzo-multimedia.blogspot.com/2012/04/greg-lake-new-album-and-tour-but.html

And whilst we are on the subject of ELP, we take a look at the persistent rumour that Hendrix once recorded with them:
http://gonzo-multimedia.blogspot.com/2012/04/did-hendrix-ever-play-with-elp.html

Until tomorrow, th-th-th-that's all folks (unless I get all overly enthusiastic again)
Posted by Jon Downes at 3:11 PM 1 comment:

On this day in 1937 Sir Frank Whittle preformed the first ground tests of the jet engine.

I have just had a peculiar telephone call from a woman claiming to represent The Public Service Review. She claimed that this is some sort of Government sponsored technological publication, and did I want to write for it? After she gabbled on at me for ten minutes I finally managed to get a word in edgeways and asked how much I would get paid. Indignantly she said that she had two pages to fill and that I would have to pay £3,000 per page.

I burst out laughing and said that I wan't interested. She got even more indignant and asked why. I said that I hadn't got £3k a page and put the phone down.

Has anyone ever heard of these shysters? Bloody hell! And they claim that UFO Matrix is unethical!

The hunt for British Big Cats attracts far more newspaper column inches than any other cryptozoological subject. There are so many of them now that we feel that they should be archived in some way by us, so we should have a go at publishing a regular round-up of the stories as they come in.
It takes a long time to do and is a fairly tedious task so I am not promising that they will be done each day, but I will do them as regularly as I can. JD

Winchcombe 'panther' spotted prowling and snarling
This is Gloucestershire
Mount View Drive residents have been gripped by fear and curiosity since they discovered the "big cat" wandering the fields near their homes. Keith Baker said: "I have seen it at least 10 times. "It is a panther, there are no two ways about it..
There is a picture, but as it is part of a Java slideshow I can't link to it directly without overtly stealing it, so you will have to look for yourself at this link:
http://www.thisisgloucestershire.co.uk/Winchcombe-panther-spotted-prowling-snarling/story-15761911-detail/story.html

help for big cats in spot of bother
This is Leicestershire
Big cats really do roam the British countryside – at least they do on a secluded animal sanctuary tucked away in rural Rutland. Falconry expert Chris Lawton has made a home for rare leopards at the sanctuary he runs on a 42-acre site in Exton, ...

I thought so. On The Track viewers will remember that we went there in November, and I was certain that I had heard a leopard....

Police on the prowl for big cats across Lothian
Edinburgh Evening News
By ALAN McEWEN Crime Reporter A PANTHER spotted in the Edinburgh area and a large feline with a tail “similar to a lion's” have been among the big cat sightings reported to police in the Lothians. Members of the public have alerted the force to a ...

This picture accompanies the interesting article, but I cannot see any information as to where the picture was taken. Do any bloggo readers have an idea on this one? 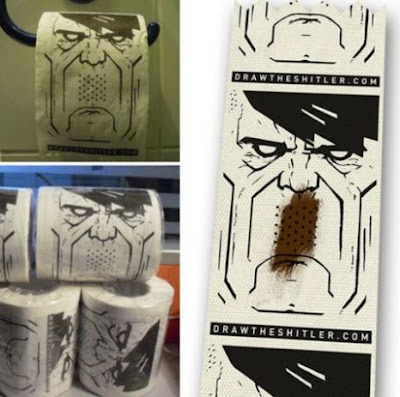