'Minerva Monster' documents Bigfoot scare in 1978
Massillon Independent
In August 1978, the area was abuzz with reports of a Bigfoot creature — 7 feet tall, hairy and smelling of ammonia — that had been reported peering ...

Breakdown: Unique Dogman Footage
Bigfoot NOW!
James Whittaker: Was This A Potential Dogman That Was Seen Or Is It Something Entirely Different, Maybe A Bigfoot? One Of Many Breakdowns To ...

Stranger Dimensions
Others believed the sounds were something else – a Bigfoot screaming out into the darkness, perhaps even a young one lost in the woods. “'It was no ...

Possible Bigfoot Bones Found Near Grants Pass Oregon
Sasquatch Chronicles
They thought at the time they might be a big human or maybe even bigfoot. They called the local game wardens who came up to the inspect the find.
Posted by Jon Downes at 11:46 AM No comments:

www.gonzomultimedia.co.uk/about.html
Last night the wind was incredibly gusty and noisy but Corinna and the dogs slept the sleep of the just. Squeaky Biscuit were awake until about 5:00, not just because of the wind, but because she insisted on playing a singular game of her invention whereby she sits on my chest and chews my beard noisily. So I overslept this morning I am afraid. I always try to get up early on days when Jessica and Danny are due so I can get the blogs and things done before they arrive, but sometimes it doesn't work out like that.
However, the good news is that despite the wind the rather precarious Musum roof which is weighted down with grobags at the moment, held without a problem, and we received an email saying that my errant hard drive has now arrived in London, so I hope to hear something today or tomorrow on that matter.
THOM THE WORLD POET: The Daily Poem
http://gonzo-multimedia.blogspot.com/2015/06/thom-world-poet-daily-poem_2.html
THE GONZO TRACK OF THE DAY: Eliza Carthy & Jim Moray
http://gonzo-multimedia.blogspot.com/2015/06/the-gonzo-track-of-day-eliza-carthy-jim.html
Westbrook Jazz premiere
http://gonzo-multimedia.blogspot.com/2015/06/westbrook-jazz-premiere.html
34 Years Ago: Public Image Ltd + A Riot at the Ritz
http://gonzo-multimedia.blogspot.com/2015/06/34-years-ago-public-image-ltd-riot-at.html
YES: Star of ‘Video Killed the Radio Star’ Geoff Downes to play at Gwent concert for Nepal
http://gonzo-multimedia.blogspot.com/2015/06/yes-star-of-video-killed-radio-star.html
The Gonzo Weekly #132
www.gonzoweekly.com
Daevid Allen, Gong, Blancmange, Grateful Dead, Roy Weard, Dogwatch, That Legendary Wooden Lion, Hawkwind, Jon Anderson, and Yes fans had better look out!
The latest issue of Gonzo Weekly (#132) is available to read at www.gonzoweekly.com, and to download at http://www.gonzoweekly.com/pdf/. It has Daevid Allen on the front cover together with a thirteen page account, written by the man himself, of one of his last excursions outside Australia. He sent it to us for the blog three years ago, and when I had posted it I promptly forgot all about it....until now. There is a look at Blancmange live with some excellent pictures by Doug, Jon examines a book about The Grateful Dead, and muses on an exciting new direction in music retail, Thom waxes all poetical like, whilst the legendary Roy Weard continues his regular column. Xtul shudders towards a climax, and there is a radio show from M Destiny at Friday Night Progressive, and two from theose jolly nice chaps at Strange Fruit. There is also a collection of more news, reviews, views, interviews and antichinuses trying to snooze (OK, nothing to do with small marsupials having difficulty getting to sleep, but I got carried away with things that rhymed with OOOOS) than you can shake a stick at. And the best part is IT's ABSOLUTELY FREE!!!
This issue features:
David Crosby, Garry Johnson,Eric Clapton, Noel Gallagher, Steve Hackett, Genetics, Marillion, Edison's Children, System 7, Steve Hillage, Karnataka, Friday Night Progressive, Sam Zaman, Mick Abrahams & Sharon Watson, Tommy James, Hugh Hopper, Third Ear Band, WMWS, David Peel, Strawberry Alarm Clock, Eliza Carthy & Jim Moray,The Boomtown Rats, Midlake, Roy Weard, Hawkwind, Yes, Steve Howe, Chris Squire, Wyrd, Martin Eve, Xtul, Elvis, onkees, Michael Jackson, Madonna, Pink Floyd, Ozzy Osbourne, Keith Richards, FängörN


* Jon Downes, the Editor of all these ventures (and several others) is an old hippy of 55 who - together with an infantile orange cat named after a song by Frank Zappa puts it all together from a converted potato shed in a tumbledown cottage deep in rural Devon which he shares with various fish, and sometimes a small Indian frog. He is ably assisted by his lovely wife Corinna, his bulldog/boxer Prudence, his elderly mother-in-law, and a motley collection of social malcontents. Plus.. did we mention the infantile orange cat?
Posted by Jon Downes at 11:37 AM No comments: 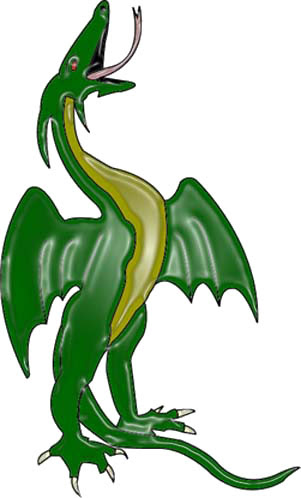 ON THIS DAY IN 1537 - Pope Paul III banned the enslavement of Indians.
And now some more recent news from the CFZ Newsdesk


AND TO WHISTLE WHILE YOU WORK... (Music that may have some relevance to items also on this page, or may just reflect my mood on the day)
Posted by Jon Downes at 12:38 AM No comments: