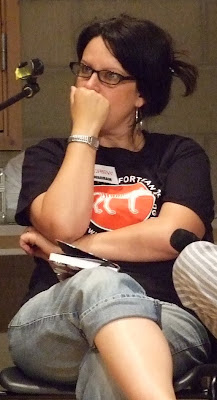 Posted by Jon Downes at 9:00 PM No comments:

CRYPTOZOOLOGY ONLINE: On The Track (Of Unknown Animals) Episode 49

today I would like you to meet, not Top Cat but the Dolt-cat. In fact, you have no choice: you`re going to meet the Dolt-cat right now!

A few days ago I was looking through Moonrakings. A Little Book of Wiltshire Stories by the Wiltshire Federation of Women`s Institutes. I flicked through and under the entry for Wishford in the History section I found the following entry: (Spelling is kept as in the original.)

The Churchwardens` Accounts contain some interesting items. A few are appended:-

This is all that is relevant from our point of view. So I contacted the Natural History Museum in London to ask them what the Dolt-cat might be. I first thought that it might be a badger, as they are dull and slow-witted (well, they are to me) but we have already seen that the 'Bagger' is mentioned. Then I thought about the otter: superficially cat-like, but hardly dull. Here was the reply I received on August 23rd:

With regard to your dole-cat (sic) enquiry….I`ve passed this onto several library colleagues in the hope that one of them can find this animal.

One colleague has written this note:

Hmmmm, fascinating, I`ll have a think about this, I wish we had the complete quote. Does he know it was an animal? [I don`t - R] Might it not be some time type of equipment?

Assuming it is an animal, it could be something that was more valuable then than now. I wondered about a ferret but they were very useful then, so not likely to have a price on their head as vermin. A stoat,maybe? They can `dance` in a crazy fashion, leaping around & jumping in the air. Possibly a weasel?

The above gives some dialect meanings-as you see, dolt isn`t used in dialect to mean stupid or slow-witted, they had other names for these. This was my first thought but generally speaking mustelids/cats aren`t particularly stupid. On the other hand it may have nothing to do with cats or mustelids - look what they called moles.

4 shillings was a lot of money, suggesting it was something dangerous, very difficult to catch or rare (or not an animal at all).

I assume the word was transcribed correctly in the first place - what appears to be a `d` in old script can be a `cl` (not that I`ve had any more luck with this), &, as we said, there can be any number of possibilities. (3)

Concerning a Hong Kong hyena, a blog about the slum and squalor town that once was the Hong Kong Walled City that I found, said that before the demolition of it was completed in April 1994, hyenas were supposed to roam the derelict place.

On this day in 1902 one of the first sci-fi films, A Trip to the Moon (a.k.a. Le Voyage dans la Lune), was first publicly shown. If you've not seen it then you should; it's quite short and very good and is loosely based on H.G. Wells's The First Men in the Moon and Jules Verne's From the Earth to the Moon (proper Sci-fi with brass machines and valves; none of that soap opera set on a space-station guff). Watch it here; no excuses: http://www.youtube.com/watch?v=7JDaOOw0MEE
And now the news:

At Frontiers of Zoology, further clarifications on the ambiguity of Dragon names:
http://frontiersofzoology.blogspot.com/2011/08/still-more-gargoyle-dragons-and-guivre.html

And at Frontiers of Anthropology, more on rock art, evidence of Atlantis and the flood depicted as being caused by a comet; and then going back and adding more evidence for Younger Dryas meteor craters and evidence that the Carilina Bays are of meteoritic origin and date to the Younger Dryas (they overlie a 100000 year old paleobeach which is why there is some problem dating the samples):
http://frontiers-of-anthropology.blogspot.com/2011/08/megalithic-rememberances-of-great-flood.html