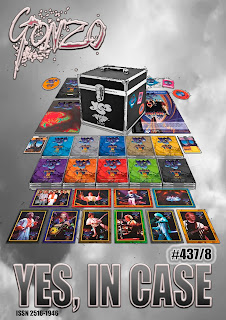 Posted by Jon Downes at 5:44 PM No comments:

THE GONZO PROG DOO-DAH BAND IS THERE

The worldwide mystery cat phenomenon (or group of phenomena, if we are to be more accurate) is not JUST about cryptozoology. At its most basic level it is about the relationship between our species and various species of larger cat. That is why sometimes you will stories here that appear to have nothing to do with cryptozoology but have everything to do with human/big cat interaction. As committed Forteans, we believe that until we understand the nature of these interactions, we have no hope of understanding the truth that we are seeking.
Zoo newsdump (w/e 5/4/21)
Posted by Liv McCarthy at 10:39 AM No comments:

ON THIS DAY IN - 0193 - In the Balkans, the distinguished soldier Septimius Seversus was proclaimed emperor by the army in Illyricum.