Today my regular email account is not working and so I am using the alternate account. So far today I have a couple of postings leftover from the "Mayan Monkey Man" postings of last week. At the Frontiers of Zoology I have a Moche pot which appears to be representing the same thing as the Mayan artwork is showing:
http://frontiersofzoology.blogspot.com/2012/02/moche-monkey-man.html

And at Frontiers of Anthropology is a different take on one of the Mayan pieces:
http://frontiers-of-anthropology.blogspot.com/2012/02/american-hanuman.html
Posted by Jon Downes at 9:27 PM No comments:

INAPPROPRIATE CORNER: Has there ever been a gymnasium advert in worse taste?

Back in the 1980s there was a series of tasteless and brash adverts for a designer clothes, but I don't think that there has been anything which has shown quite such a lapse of taste as this ad for a Dubai gym.

Unless, of course, there is someone out there who can prove me wrong...

this picture of a stranded whale shark from Pakistan has proliferated itself across the Internet. I have a sneaking suspicion that like this picture that we featured a few weeks ago, the impression of size has ben achieved through forced perspective...

Posted by Jon Downes at 8:51 PM No comments:

On this day in 1960 Queen Elizabeth II issued an order in council that her family would be known as the house of Windsor and her descendants would take the name Mountbatten-Windsor.


Charles Mountbatten-Windsor busting some moves and breakdancing (yes it is him and no he is quite good at it all things considered) :
http://www.youtube.com/watch?v=eTUrc-De2xY
Posted by Jon Downes at 1:41 PM No comments:

Many thanks to Penny of Big Cats at Large for drawing our attention to this interesting piece of video which appeared yesterday on The Sun's website.

Scientific English as She Is Spoke

I first read about English as She Is Spoke many years ago in Stephen Pile's Book of Heroic Failures. Wikipedia has this to say about it:

English as She Is Spoke is the common name of a 19th century book written by Pedro Carolino and falsely additionally credited to José da Fonseca, which was intended as a Portuguese-English conversational guide or phrase book, but is regarded as a classic source of unintentional humour, as the given English translations are generally completely incoherent. Carolino added Fonseca's name to the book without the latter knowing about it. Fonseca had written a successful Portuguese-French phrase book, which Carolino adapted.

Over the weekend Richard Muirhead has continued his ongoing researches into Hong Kong natural history for the book we are writing together. He found an interesting looking database, and used online translation software to convert it into The Queen's English: 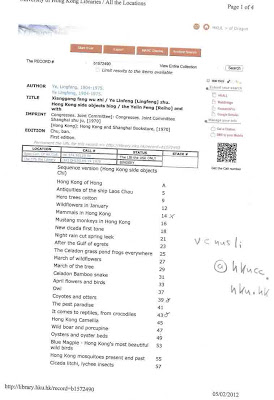 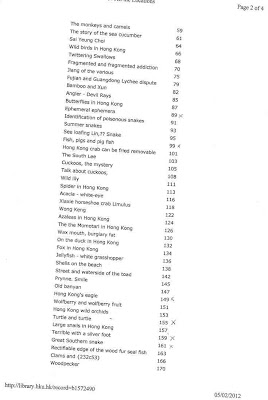 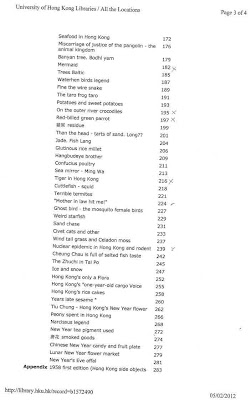 Two New Entries on Thunderbirds and the Texas "Big Birds" of the 1970s, on Frontiers of Zoology:

And a pleasant stroll Out Of Africa and Around The World on Frontiers of Anthropology:
http://frontiers-of-anthropology.blogspot.com/2012/02/out-of-africa-by-faces.html
Posted by Jon Downes at 11:42 AM No comments: