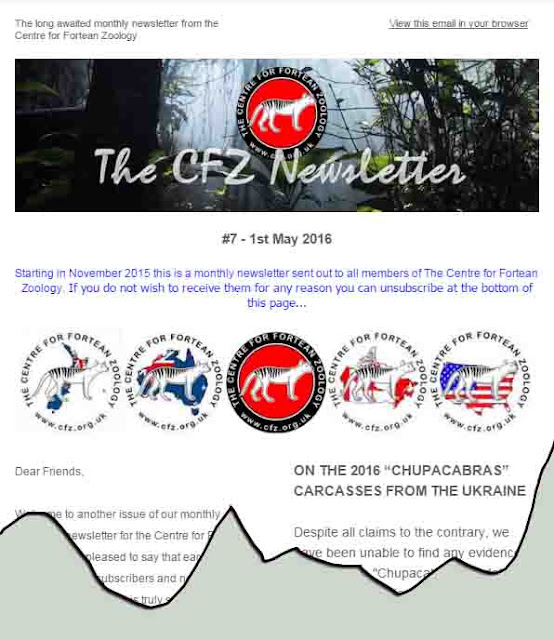 Posted by Jon Downes at 3:28 PM No comments:

Hudson Valley Bigfoot encounters evolve
Examiner.com
Long time investigators of the paranormal know that reports of UFOs, hauntings or cryptids, such as Bigfoot, go through cycles. When many reports ...

Searching for Bigfoot in NC's Uwharrie National Forest
WNCN
“Somebody came in one morning and wanted to buy some more buns or rolls, big foot had stole their bread. But I think big foot would have got their ...
Posted by Jon Downes at 3:24 PM No comments:

Today in 1933: Modern legend of 'Loch Ness Monster' is born

WDIV Detroit
DETROIT - Stories of the Loch Ness Monster have been around for more than a thousand years, but it was on May 2, 1933, that the legend spread into ...
Posted by Jon Downes at 3:30 AM No comments: