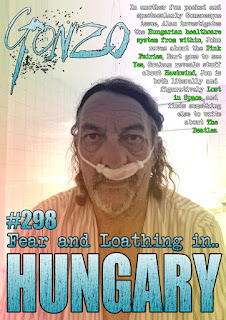 
SPECIAL NOTICE: If you, too, want to unleash the power of your inner rock journalist, and want to join a rapidly growing band of likewise minded weirdos please email me at jon@eclipse.co.uk The more the merrier really.
Posted by Jon Downes at 4:15 PM No comments:

THE GONZO HEN CONTINUES TO HOP

ON THIS DAY IN -  1676 - "King Phillip's War" came to an end with the killing of Indian chief King Phillip. The war between the Indians and the Europeans lasted for two years.
And now some more recent news from the CFZ Newsdesk