A cryptid from the Great Lakes. 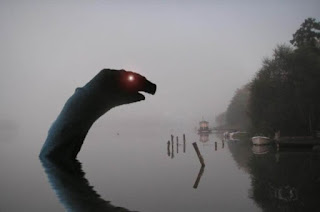 Posted by Ego Ronanus at 4:00 PM No comments:

Posted by Andrew May at 1:30 PM No comments:

ON THIS DAY IN 1469 - Ferdinand of Aragon married Isabella of Castile. The marriage united all the dominions of Spain.
And now some more recent news from the CFZ Newsdesk