"I've travelled around the world and lived in both Australia and America. Now I've hung up my hiking boots and live in East Devon with 4 cats, three guinea pigs, one rabbit, the Spare Room Mouse and The Things In The Loft."

She will be talking about her new book: 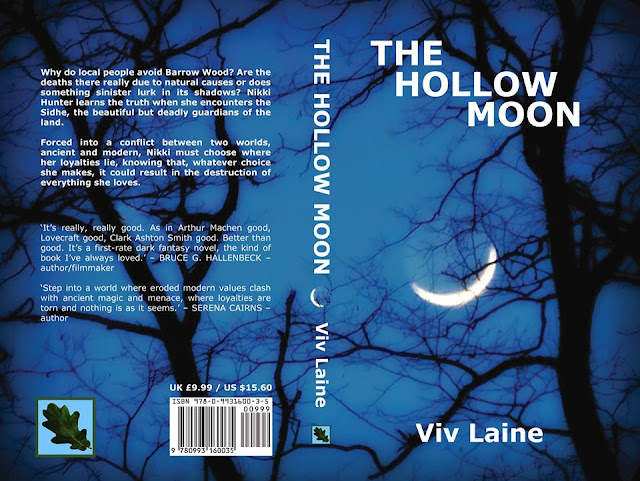 www.gonzomultimedia.co.uk/about.html
I don't understand the ways of the universe. On Wednesday when I wrote a cheerful blog post I had a terrible day. Yesterday when I wrote a gloomy one I had a lovely one. Thank you very much to everyone who wrote wishing me luck for my podiatry appointment. It appears that it has all healed up far quicker than expected and that everything is OK. There has been another sighting of the North American monarch butterfly - this time in Essex. However, Adrian from Bug Alert comments: "Please note that this species is now sometimes realeased in numbers at wedding ceremonies". Surely this has to be illegal. Section 14 of the Wildlife and Countryside Act: "prohibits the introduction into the wild of any animal of a kind which is not ordinarily resident in, and is not a regular visitor to, Great Britain in a wild state" and continues " This does not include species which occur only as vagrants or strays." Hmmmmmmmm.
THOM THE WORLD POET: The Daily Poem
http://gonzo-multimedia.blogspot.co.uk/2015/07/thom-world-poet-daily-poem_24.html
THE GONZO TRACK OF THE DAY: Fairport Convention - ...
http://gonzo-multimedia.blogspot.co.uk/2015/07/the-gonzo-track-of-day-fairport.html
From Bill and Ted to Frank Zappa
http://gonzo-multimedia.blogspot.co.uk/2015/07/from-bill-and-ted-to-frank-zappa.html
Yes to Continue Without Late Bassist Chris Squire,...
http://gonzo-multimedia.blogspot.co.uk/2015/07/yes-to-continue-without-late-bassist.html
COMING TOMORROW
http://gonzo-multimedia.blogspot.co.uk/2015/07/coming-tomorrow_24.html
The Gonzo Weekly #139
www.gonzoweekly.com
Raz Band, Joey Molland, Badfinger, Stills-Young Band, Barnstorm, Fleetwood Mac, Gram Parsons, Roy Weard, Dogwatch, That Legendary Wooden Lion, Hawkwind, Jon Anderson, and Yes fans had better look out!
The latest issue of Gonzo Weekly (#139) is available to read at www.gonzoweekly.com, and to download at http://www.gonzoweekly.com/pdf/. It has Michael Raz and Joey Molland on the front cover together with an interview with the Raz Man himself inside. Doug looks at the updated and remastered edition of Yes' Relayer, John B-G goers to see Fleetwood Mac and Jon examines a book about Gram Parsons. Xtul are very near to a climax. Thom waxes all poetical like, whilst the legendary Roy Weard continues his regular column. And there is a radio show from M Destiny at Friday Night Progressive, and one from those jolly nice chaps at Strange Fruit. There is also a collection of more news, reviews, views, interviews and pademelons with books to peruse (OK, nothing to do with small marsupials in a literary mood, but I got carried away with things that rhymed with OOOOS) than you can shake a stick at. And the best part is IT's ABSOLUTELY FREE!!!
This issue features:


* Jon Downes, the Editor of all these ventures (and several others) is an old hippy of 55 who - together with an infantile orange cat named after a song by Frank Zappa, and a small kitten totally coincidentally named after one of the Manson Family, purely because she squeaks, puts it all together from a converted potato shed in a tumbledown cottage deep in rural Devon which he shares with various fish, and sometimes a small Indian frog. He is ably assisted by his lovely wife Corinna, his bulldog/boxer Prudence, his elderly mother-in-law, and a motley collection of social malcontents. Plus.. did we mention the infantile orange cat, and the adventurous kitten?
Posted by Jon Downes at 12:30 PM 1 comment:

The Day Bigfoot Showed Up at a Military Base

Sasquatch Chronicles
The Day Bigfoot Showed Up at a Military Base. In the spring of 1982, a soldier training at Fort Leonard Wood Army Base in Missouri encountered

Loch Ness cult believe Jesus was an alien - Press and Journal
Aberdeen Press and Journal
Loch Ness is an area with a rich mythological tapestry and is also the top secret ... The group says a giant “chakra” – or energy centre – exists in Loch Ness ... Nessie, he replied: “We dont have any interest in the monster whatsoever.

An error occurred.
LunaticOutPost
Roland Watson is a Loch Ness Monster expert. He resides in Scotland and has studied Loch Ness all of his life. He is the author of The Water Horses ...

Despite Catfish Claims, Loch Ness Monster Hunter 'Not Quitting'
dolphnsix.com
The world's most dedicated Loch Ness monster hunter has scotched reports that he has finally given up looking for the legendary Scottish beast after a

ON THIS DAY IN 1847 - Mormon leader Brigham Young and his followers arrived in the valley of the Great Salt Lake in present-day Utah.
And now some more recent news from the CFZ Newsdesk