blogspot.com
Check out this incredible Yowie sighting. A man named Richard was on Military Op's at the Army Training Area near Cowley Beach, as a Medic.

Bigfoot Evidence ⋅ Matt K.
Cliff Barackman from Animal Planet's Finding Bigfoot joins us for Part 2 in his After Hours with Rictor Interview. In celebrating his TV show's upcoming ...

Bigfoot Evidence ⋅ Matt K.
While the biggest debate is whether or not bigfoot exists (which we know it does) some people have moved way beyond that. There are some

Beyond Highbrow - Robert Lindsay ⋅ Robert Lindsay
This is indeed correct, for all that has been proven to be a hoax is the Bigfoot prop that Rick took on his tour of the US. Indeed, it has been outed as a ...

Silent Calling: A study of the Tennessee Smoky Mountain Bigfoot : Getting Back To The Basics...

blogspot.com
I had no previous “Bigfoot researching experience”. All I had to go by was my first encounter that sparked an interest that has become a life changing

bbbtv12.com
On Monday's edition of “Ask Your Neighbor,” local Bigfoot researcher Matt Seeber told you that a public meeting will be held on Saturday to discuss ...

Bigfoot Tracker News: Rick Dyer Did NOT Kill A Bigfoot

blogspot.com
He certainly can't track a Bigfoot because that would require actually going to the forests. Dyer has been quiet publicly but I'm sure he's trying to suck ...

blogspot.com
... the Patterson footage quite like M.K.Davis has. Over the years he has clearly expressed his views on the Bigfoot in the film as being a real creature.
Posted by Jon Downes at 12:30 PM No comments:

KARL SHUKER: The Perils of Pangolins When Encountering Living Dinosaurs...?


Karl Shuker reflects on whether pangolins and living dinosaurs could be readily confused with one another. Surely not...? 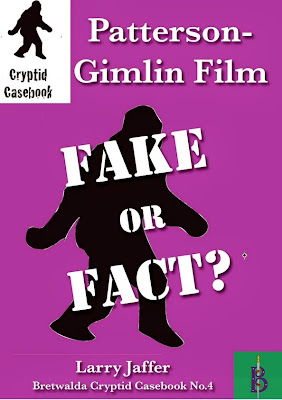 On this day in 1953 Francis Crick and James Watson's paper on the molecular structure of DNA was published.
And now the news:


Here's how to extract DNA using things you might have around your home (you might have to actually buy the alcohol though if you're not a tramp) :
http://www.youtube.com/watch?v=qeTwFyv-jtw
Posted by Jon Downes at 10:20 AM No comments: