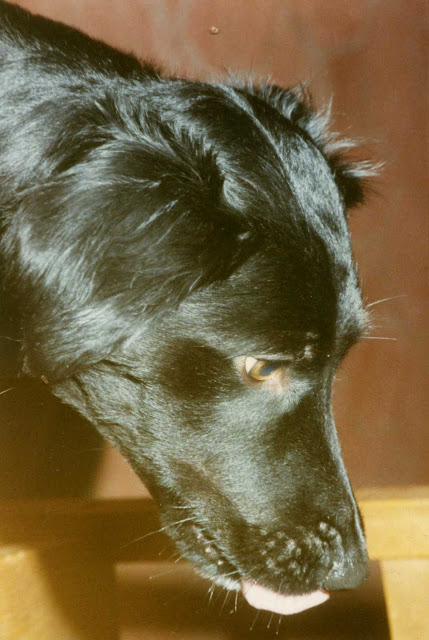 Today we remember an old family member who died sixteen years ago today. He had incurable cancer and could no longer walk or eat. My then girlfriend who was a devout Roman Catholic pointed out that it was Ascension Day which I found oddly comforting. Not a day goes by that I don't remember the old boy, and I fondly think of him in the afterlife mentoring Biggles (who dies six years ago this October) in the fine art of tearing open black bags of rubbish. As anyone who knows Prudence and Archie will attest, I am afraid that my companion canids have never been that well behaved. But then again, of course, neither am I.
Posted by Jon Downes at 3:43 PM No comments:

CFZ PUBLISHING: The 2016 CFZ Yearbook is now out


The CFZ Yearbook is an annual collection of papers and essays too long and detailed for our magazine Animals & Men. The 2016 volume includes articles on...

Click here to read the whole article.
Posted by Andrew May at 11:18 AM No comments:

The Yeti Is Put To The Test Again

Bigfoot Evidence
A new show examines the myth of the Yeti, as they try to discover possible DNA samples from various sources to prove once and for all the Yeti exists.

Before It's News
Intense footage- not for the weak. Investigative report on a goat kill incident associated with the Bigfoot ( Homo Sapiens Cognatus) GLST family unit.

Xataclysm News
Influenced by the bigfoot sighting in Payson Canyon, a couple sent me this footage they say is from outside a cabin in Truckee California in July 2013.

ON THIS DAY IN - 1533 - Anne Boleyn, Henry VIII’s new queen, was crowned.
And now some more recent news from the CFZ Newsdesk