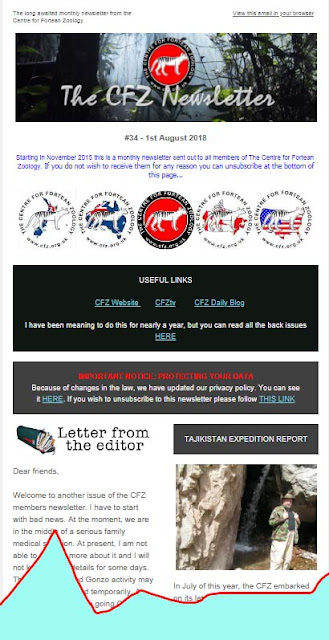 For those of you not in the know, at the beginning of each month we send out a newsletter to all members of the CFZ. The most recent (which went out a few minutes ago) included articles on OTT, the Tajikistan expedition, a tatzelwurm in fiction, a black hare, a strange cow, Patreon, a new book on vampires, Notes and Queries etc.

If you want to view a sample issue click here: http://tinyurl.com/pw7rw9l
Posted by Jon Downes at 10:28 AM No comments:

History
“There are various wild man myths from all over the world,” says Joshua Blu Buhs, author of Bigfoot: The Life and Times of a Legend. In western ... 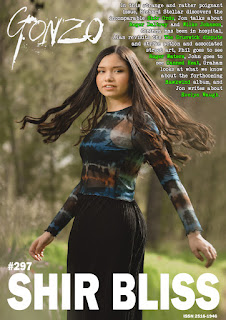 ON THIS DAY IN -   1498 - Christopher Columbus landed on "Isla Santa" (Venezuela).
And now some more recent news from the CFZ Newsdesk