JON'S JOURNAL: A question of flowers

If my mother or grandmother were still alive (bless 'em) there would be absolutely no need to write this blog post, because there would be absolutely no need to ask the question. They would have both known the answer immediately, and would have both chided me unmercifully for my ignorance.
However, my grandmother died in 1975, and my mother in 2002, and I am woefully ignorant on the subject of our native wildflowers. Has anyone any idea what these two gorgeous things are?
Please let me know... 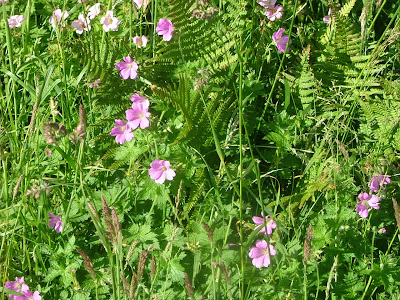 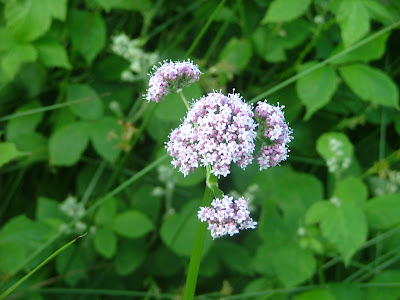 A couple of weeks ago we had the bi-annual open gardens weekend here at the CFZ. This is part of the scheme and money is raised for local good causes by swathes of people who pay £3.50 a head to wander around various gardens in the village. Ours, as you might have guessed, is a fairly unconventional garden but something like 80 people admired the caecilians, said hello to our amphiumas and generally looked benevolently upon our grounds. I got talking to several of our visitors, including an elderly man who – like Corinna and I – is an amateur bird watcher. He told us that there was a really good birdwatching spot at a place called Fremington Quay between Bideford and and yesterday we bundled mother-in-law and Prudence in the car and set off in search of it.

It was not easy to find, but we were massively impressed by the different diverse habitats on offer There were reed beds, salt marshes, an estuary, mud banks, a shingle shore, and even a small grassland meadow full of wild flowers. There was only one drawback. We saw very few birds; a couple of small brown jobs that sped away as the car approached, and a small family of swans on the estuary about a quarter of a mile up the aforementioned shingle shore.

We let Prudence off the lead and she toddled along in a very well-behaved manner. However, once we saw the swans we decided that discretion was the better part of valour. I have no idea who would come off worse in an altercation between Prudence and a large cob, but we had no intention to find out, and - especially as it started to drizzle - we turned round and made our way back to the car.

At several spots along the shore we found relatively fresh corpses of crabs which had been neatly eviscerated and – we suppose – the soft parts of the body had been eaten. When I was a boy in many years ago, I was taken on a nature walk in the Mai Po marshes as something to do with my cub scout activities. We found similarly eviscerated crustacea and were told that this might have been the work of an otter.

I have always had a problem reconciling with this because – at the time – otters were practically extinct in the area. However, they are making a remarkable comeback across the , and Lutra lutra may well have been responsible for the slightly gruesome deaths of these unfortunate crabs. 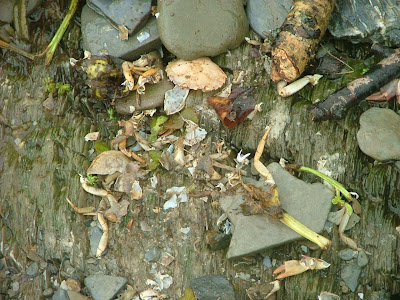 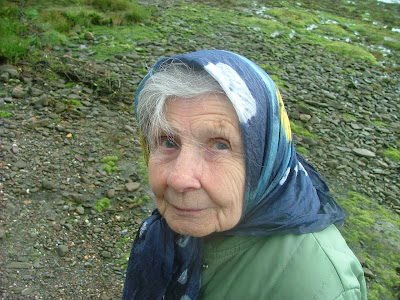 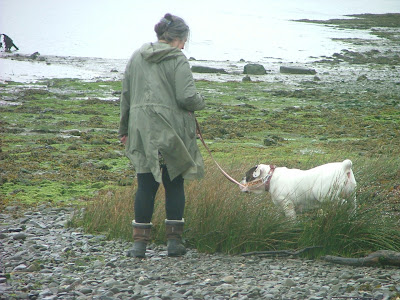 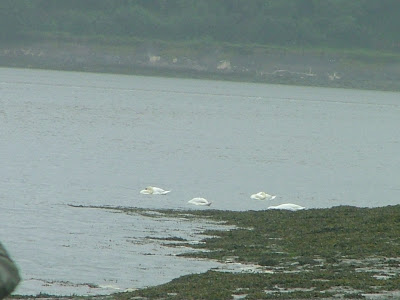 Well, a jolly day lies ahead. Unless anything horrible happens we are all going to Newquay Aquarium to film a polychaete worm called Basil. So I did the bloggifying nice and early. Here it is:

How could I resist reposting a feature that begins: "With a band name like Jefferson Starship, it's only natural that at some point, you should find a way to record a live CD in Roswell, New Mexico."? Basically, I couldn't, which is why it is here...
http://gonzo-multimedia.blogspot.co.uk/2012/07/jefferson-starship-news_03.html

Back when I was a spotty teenager, if you had told me that one day I would be writing the sales notes for a Stephen Stills album, I would not have believed you. So, I am in the happy position of being able to scour the online caverns for stories about one of my favourite artists. Like this one:
http://gonzo-multimedia.blogspot.co.uk/2012/07/sudden-stephen-stills-story-i-love.html

Once again I have pilfered a snippet of news from Michael Des Barres' Facebook page, but I once did some work for The News of the World, and I have the fine traditions of Her Majesty's Press to live up to..
http://gonzo-multimedia.blogspot.co.uk/2012/07/memo-from-michael.html

A link to a review of the smashing new CD/DVD live album by Chris Thompson? The album contains songs from his stint as singer with Manfred Mann's Earth Band, as well as his solo years, and is well worth getting, if only for his excellent reinterpretation of Bob Marley's 'Redemption Song'.
http://gonzo-multimedia.blogspot.co.uk/2012/07/link-chris-thompson-live-in-berlin-and.html

The other day we started a new feature here on the Gonzo Daily. It is called 'Song by Song', and it does exactly what it says on the tin. Basically I go through an album song by song, and then pass my notes on to the artist who made the album in the first place, and see what they have to say. And now its time to look at what I think will be one of the most important new albums of 2012 - Carnaby Street by Michael Des Barres.
http://gonzo-multimedia.blogspot.co.uk/2012/07/michael-des-barres-carnaby-street-song_03.html

I have been a dedicated Yes-watcher for some years, and whenever there is an interesting interview with a current (or, indeed a former) member of Yes, I post a link to it on these pages. Here Chris Squire talks about the possibility of ex-members rejoining the band. I am probably being a bit cheeky posting this picture of Jon and Rick, but I really like it and am glad that I have had the chance to use it.
http://gonzo-multimedia.blogspot.co.uk/2012/07/chris-squire-im-sure-theres-good.html

WHY DO I KEEP ON POSTING STORIES ABOUT HELEN McCOOKERYBOOK? It is because any woman who comes up with prose like this deserves respect. I too juggle rock and roll, academia and a family, and I too have a burgeoning collection of books about punk which threatens to take over the house. Right on Sister!
http://gonzo-multimedia.blogspot.co.uk/2012/07/why-do-i-keep-on-posting-stories-about.html

And that is that for today. I must find Corinna and Mother and make preparations to leave. Because its Polychaete time.
Posted by Jon Downes at 3:43 PM No comments:

With no irony, or jokes about the Boston Tea Party (except for Nick Redfern, who I am sure will have a Bostin' Tea Party) we at the CFZ wish all the best to our American friends and colleagues...
Posted by Jon Downes at 2:07 PM No comments:

On this day in 1865 Alice's Adventures in Wonderland by Lewis Carroll was first published.

Sammy Davis Jr somehow managing to be both cool and creepy at the same time in an Alice in Wonderland cartoon:

CRYPTOZOOLOGY ONLINE: On The Track (Of Unknown Animals) Episode 59

The latest episode of our monthly webTV show from the CFZ and CFZtv, bringing you news on our activities within cryptozoology and natural history as well as the latest cryptozoological, and monster hunting news from around the world.

I don't trust politicians even when they are saying things with which I am in sympathy. However, if this next dstory is true it is appalling...

British pet lovers could be banned from keeping stick insects and other foreign creatures thanks to foreign sticklers in Brussels and proposed EU regulations on ‘invasive alien species’.

West Midlands MEP Mike Nattrass has pledged to stick it to the EU by fighting these preposterous plans, which could ban UK pet owners from keeping a stick insect.