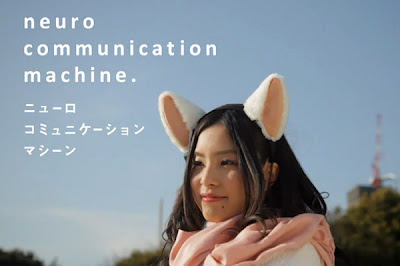 Japan is a remarkable place. Despite earthquakes, tsunamis and reactor meltdowns they still manage to produce surreally cute devices that are both endearing and vaguely disconcerting. Consider the negomimi:

'From the cybernetic labs of Japan come these moving cat ears, which purportedly adjust themselves in response to your thoughts or mood...the ears seemed eerily good at foreshadowing facial and vocal expressions, leading the more poker faced among us to wonder if they don't give away too much.'

(Full story and video at: http://gawker.com/5800564/mind-reading-cat-ears-promise-endless-embarrassment)

An even more interesting possibility is the way animals, for whom an ear-flick can be an invitation to romance or a challenge to butt heads, might react.
Posted by Jon Downes at 5:17 PM 1 comment:

Video: What it's like to swim in 'Jellyfish Lake'
By Olivia Solon
24 May 11

Jellyfish Lake, located on Eli Malk Island in the Republic of Palau, is home to vast numbers of moon and golden jellyfish, which thrive there without predators. Filmmaker Sarosh Jacob has captured the creatures on his Canon 5D camera.The two species of jellyfish became trapped in the natural basin when the ocean receded 12,000 years ago. Both species of jellyfish have gentle stinging cells (nematocytes) but these are not powerful enough to cause real harm to humans. Swimmers report light stinging sensation only on sensitive areas, such as the mouth (and presumably other, more personal, parts).

Visitors to the lake are not allowed to scuba dive because of a nutrient layer containing large quantities of stinky hydrogen sulphide that is toxic to humans. The effects of hydrogen sulphide are less severe when it enters through the skin (as it would do for divers) than if it is breathed in -- a single breath of gas containing hydrogen sulphide can cause you to enter a coma.

Read rest see the amazing video here :http://www.wired.co.uk/news/archive/2011-05/24/jellyfish-lake-video
Says a lot about a species surviving in a lake after the ice age and the sea receded....I don’t think there is a jelly fish in Loch Ness though lol.
Posted by Jon Downes at 1:19 PM No comments: 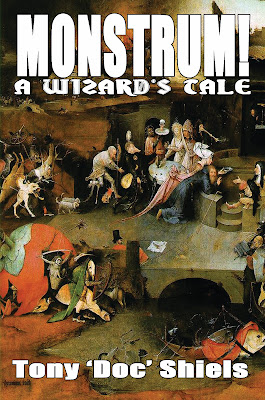 http://www.bookgasm.com/reviews/non-fiction/monstrum-a-wizards-tale/
Posted by Jon Downes at 1:04 PM No comments:

On this day in 2010 Dennis Hopper died. Hopper is not best known for playing King Kooper in the woefully inaccurate Super Mario Bros movie.
And now the news:

Not as awesome as a monkey riding a pig, but this is still quite good:
http://www.youtube.com/watch?v=LUeHiL8imQ4
Posted by Jon Downes at 12:55 PM No comments: 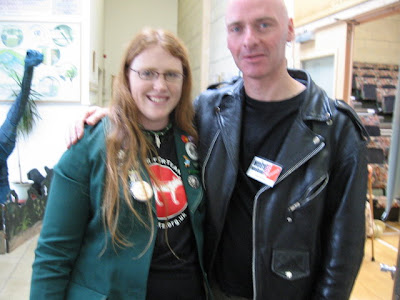 It is Tania Poole's Birthday (she is the one with the hair). Happy Birthday, my dear....