Encompassing most of the Southern Rocky Mountains as well as the northeastern portion of the Colorado Plateau and the western edge of theGreat Plains, Colorado’s remote wilderness areas remain largely uninhabited – except for the scattering of hikers and backpackers who traverse the area, exploring the beauty of Colorado’s immense natural environment. The area is a perfect habitat for Bigfoot and in fact, during the past 50 years, there have been hundreds of documented Bigfoot sightings in the wilderness areas of Colorado, some of which provide us with the best proof to date for the existence of sasquatch. 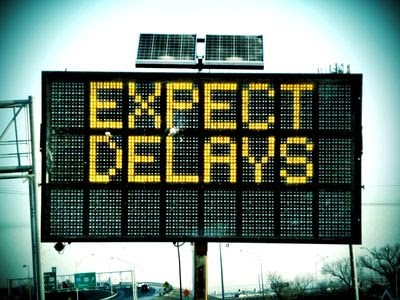 I swear to God, you can't make up this stuff...unless you're Rick Dyer. I'm watching his Google Hangout and I almost feel like covering my eyes. It's that bad of a train wreck.

Surprise, surprise, surprise!! The press conference is on hold because of so many complicated reasons. Tonight's show reminds me of Rick's shows before 'Shooting Bigfoot' came out. Back then things were out of Rick's control. Those nasty investors were ruining everything. Rick's hands were tied. Now that Rick allegedly has new investors his hands are tied once again. How convenient.

The tour is now more important than some dumb ole press conference. Really? We aren't talking about the release of a new car, we are talking about the discovery of our life time. A press conference takes precedence over some cross country flea market tour. If anyone believes Rick's line of bullshit, I suggest you bang your head against the wall until you regain your senses.
We knew this conference would be delayed. We said that when Dyer revealed his Bigfoot dummy, but we're liars according to Dyer. Well, here we are, a delayed conference and I'll be shocked if a press conference ever happens.

The worldwide mystery cat phenomenon (or group of phenomena, if we are to be more accurate) is not JUST about cryptozoology. At its most basic level it is about the relationship between our species and various species of larger cat. That is why sometimes you will read stories here which appear to have nothing to do with cryptozoology but have everything to do with human/big cat interaction. As committed Forteans, we believe that until we understand the nature of these interactions, we have no hope of understanding the truth that we are seeking.

NICK REDFERN: The “Welsh Roswell” at 40

January 23, 2014 will mark the 40th anniversary of a curious event that occurred in North Wales and which – for some, at least – has become known as the “Welsh Roswell.” To be sure, it’s a very strange story, one filled with all manner of threads and themes, some of a very down to earth nature, and others that would have had Fox Mulder absolutely foaming at the mouth. It goes like this:

On the night of January 23, 1974, numerous people in and around the North Wales village of Llandrillo reported seeing strange lights in the sky. The lights were accompanied by additional reports that suggested something had slammed violently into the huge Berwyn Mountains range that dominates the area. The police responded, but reportedly found nothing. Even the Royal Air Force got involved in the search for…well, who knows what? They too came up blank.

Despite the fact that the event in question had the locals in a state of concern and even panic (in part, due to the fear that an aircraft had come down on the mountains), the matter was soon forgotten, chiefly because no evidence was found – in the form of debris or an impact site – to suggest anything unusual had occurred.

The down to earth theory for what happened was strengthened when two things were revealed: (a) meteors had been seen in the skies over North Wales on that very night; and (b) the Institute of Geological Sciences recorded a 3.5 magnitude earthquake in the area, and at roughly the same time the lights in the sky were seen above. Quite a coincidence, to say the least – but coincidences do happen. Maybe.

www.gonzomultimedia.co.uk/about.html
Life has actually been quite good this week despite burning the midnight oil somewhat trying to upgrade the artist pages on the Gonzo website (c'mon, go there and tell me how groovy they look) and also trying to get everything sorted in time for us to go away next Tuesday. And why are we going away next Tuesday? C'mon, guys. Haven't you been concentrating at all? First thing in the morning we drive to Wolverhampton, where at some point during the second half of the afternoon we rendezvous with the lovely Liz Lenten and hang out with Auburn, and hopefully, Jefferson Starship doing interviews and things before the gig, whereupon Corinna, Mother and I (yes, we are taking Mama with us) will be joined by my rock-and-roll stepdaughter Shoshannah. Then after the show, we go rushing across the Midlands to Oakham in Rutland where we take Mama home for a few months before coming back to join in the madness that is my life here in North Devon sometime in the late spring.
Then on the Wednesday we drive to Norfolk to see my younger stepdaughter Olivia and her significant other, before driving back to Devon on Thursday or Friday. Then we almost immediately start three days of recording with Mike Davis, and I confidently predict that by Monday week I shall be completely cream-crackered! But it will be worth it.
I am also the editor of the rather wonderful Gonzo Weekly, a free anarchic music magazine featuring all sorts of groovy stuff. To make sure that you don't miss your copy of the next issue make an old hippy a happy chappy and subscribe
http://eepurl.com/r-VTD
Fairport Convention's gruelling tour schedule
http://gonzo-multimedia.blogspot.com/2014/01/fairport-conventions-gruelling-tour.html
PERCY JONES: Belgian review (translated)
http://gonzo-multimedia.blogspot.com/2014/01/percy-jones-belgium-review-translated.html
MERRELL FANKHAUSER & ED CASSIDY: Belgian review (Translated)
http://gonzo-multimedia.blogspot.com/2014/01/merrell-fankhauser-ed-cassidy-belgium.html
THE GONZO TRACK OF THE DAY: HAWKWIND - Masters Of the Universe
http://gonzo-multimedia.blogspot.com/2014/01/the-gonzo-track-of-day-hawkwind-masters.html
THOM THE WORLD POET: The Daily Poem
http://gonzo-multimedia.blogspot.com/2014/01/thom-world-poet-daily-poem_25.html
Brand X US review
http://gonzo-multimedia.blogspot.com/2014/01/brand-x-us-review.html
*  The Gonzo Daily is a two-way process. If you have any news or want to write for us, please contact me at  jon@eclipse.co.uk. If you are an artist and want to showcase your work or even just say hello, please write to me at gonzo@cfz.org.uk. Please copy, paste and spread the word about this magazine as widely as possible. We need people to read us in order to grow, and as soon as it is viable we shall be invading more traditional magaziney areas. Join in the fun, spread the word, and maybe if we all chant loud enough we CAN stop it raining. See you tomorrow....

*  Jon Downes, the editor of all these ventures (and several others), is an old hippy of 54 who - together with his orange cat (who is currently on sick leave in Staffordshire) and two very small kittens (one of whom is also orange) - puts it all together from a converted potato shed in a tumbledown cottage deep in rural Devon, which he shares with various fish, and sometimes a small Indian frog. He is ably assisted by his lovely wife Corinna, his bulldog/boxer Prudence, his elderly mother-in-law and a motley collection of social malcontents. Plus... did we mention the orange cat?
Posted by Jon Downes at 4:00 AM No comments:

Happy Dydd Santes Dwynwen everyone. (If there is anyone here who actually doesn't know what that is, perhaps from not being British or something, here's a handy link to inform: http://en.wikipedia.org/wiki/Dydd_Santes_Dwynwen )
And now the news:

Time for some real music:
http://www.youtube.com/watch?v=m8x7SBO-cFs
Posted by Jon Downes at 3:14 AM No comments: