That Time Lloyds of London Insured The Loch Ness Monster

Lights, Camera, News!
Expand. In 1971, Cutty Sark offered an award of one million pounds ($2.4 million) to anyone who could capture the Loch Ness Monster. But, the ...
Posted by Jon Downes at 1:27 PM No comments:

Before It's News
This latest teepee was found near Scott's Lake — which isn't really known for it's Bigfoot sightings. The finding is interesting, however, as Rick ...

My Mom is a Bigfooter and Didn't Even Know it

blogspot.com
As it turns out, my own mother has had some very interesting experiences in the woods. She told me about the time something chased her out of the

CryptoSightings
Bigfoot recording posted by Cliff Barackman from Vancouver Island captured by the BC Sasquatch Organization. The sound was recorded from an ...

Men: Bigfoot-like creature may be in Mississippi

thenavigatoronline.com
2 (UPI) — A pair of Mississippi men said they had close encounters with a Bigfoot-like creature on separate occasions near the same playground

Video of "non-human" primate arm soon to be released

Bigfoot Evidence ⋅ Shawn
While Brown is currently getting things ready to be sent out to a lab, his $10 Million Bigfoot Bounty partner David Lauer is getting ready to release a ...

Bigfoot Sightings – Are They Really All Bunk?

Sasquatch Information Society
Bigfoot, also known as “Sasquatch” has been a part of Native American legend and lore since the times before white settlers ever set foot in the New ...
Posted by Jon Downes at 12:08 PM No comments:

*  Jon Downes, the Editor of all these ventures (and several others) is an old hippy of 54 who - together with an orange kitten named after a song by Frank Zappa puts it all together from a converted potato shed in a tumbledown cottage deep in rural Devon which he shares with various fish, and sometimes a small Indian frog. He is ably assisted by his lovely wife Corinna, his bulldog/boxer Prudence, his elderly mother-in-law, and a motley collection of social malcontents. Plus.. did we mention the orange kitten?
Posted by Jon Downes at 10:55 AM No comments:

It has been a while but well, here are the links to the online reviews for the Journal, volume I and II: 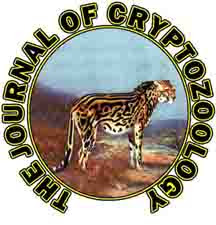 ON THIS DAY IN 1939 - British Prime Minister Neville Chamberlain, in a radio broadcast, announced that Britain and France had declared war on Germany. Germany had invaded Poland on September 1.


AND TO WHISTLE WHILE YOU WORK... (Music that may have some relevance to items also on this page, or may just reflect my mood on the day)
Posted by Jon Downes at 6:30 AM No comments: