MUIRHEAD`S MYSTERIES: HILL OF THE PIXIES PART ONE

`Pexhill Road is now a charming leafy lane containing some handsome homes. It leads out to Henbury, Siddington and open countryside, and has, for many years, been a charming lane along which to take a pleasant stroll, especially in the summer time. Indeed, it was one of the lanes along which Macclesfield people used to amble at Easter, countless hundreds of them taking advantage of the first holiday of spring to walk away from the smoke and grime of the town and fill their lungs with fresh clean air.

It may be that superstitious people once living around that spot believed that fairies, or pixies, lived in that area, and so it was called Pixy Hill, and the name was gradually changed to Pex Hill. Indeed, this was a common belief at one time. I know of a Wincle farmer who still leaves bread and milk out for `the little people` when he is ploughing his fields or it is harvest time; a sacrifice to the gods, if you like, a remnant of the Celtic practice of making a sacrifice, probably of an animal, to ensure a good crop. Today, perhaps, the little people, or `brownies` as they are sometimes called, cannot get to the bread and milk before the hedgehogs or pet cats living nearby….(1)

DARREN ON THE CROWING CRESTED COBRA

Well known to both those who know snakes and those who know the literature on animal myths and anecdotes, the ‘feathered serpent’ is more often known as the Crowing crested cobra. “In some versions the snake has the head of a chicken, complete with combs and wattles, in others it has merely a crest of feathers. This fabulous serpent is, of course, highly poisonous. In most cases it is believed to have the ability to kill its human victims merely by looking at them. It lives on human flesh and can be detected in the areas where it lives by its offensive smell and the strange and frightening noises it makes at night” (Spawls 1979, p. 95).

UP UP ON THE ROOF 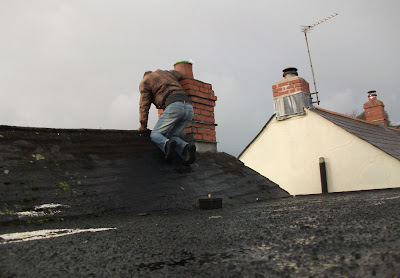 Whilst the rest of the world has its office parties and winds down for the festive season, Graham applies first aid to a leaking CFZ Chimney... 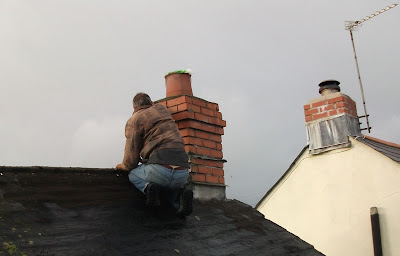 On this day in 1955 Cardiff was proclaimed the Capital city of Wales.
And now the news:

The best castle in the world is in the centre of Cardiff, take a look:

http://www.youtube.com/watch?v=hIX-31hsCwY
Posted by Jon Downes at 1:09 PM No comments:

KARL SHUKER: THE FAIRY HOUND AND THE POOKA - A CRYPTO-FOLKTALE FOR CHRISTMAS

During my time on Facebook, I've made many friends all over the world who share my interests in cryptozoology and animal mythology. One of these friends is Randi Wood, from Texas, USA, to whom I recently recounted a very brief version of a traditional Irish folktale about a Celtic fairy hound. She liked it so much that she said she would love to read a full-length version of it if ever I decided to write one. Well, now I have done, so here, as an early Christmas present to you, Randi, is my story. I hope you enjoy it - Happy Christmas! 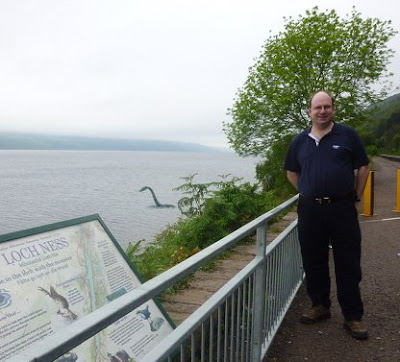 I was woken up this morning by a telephone call from the BBC West Midlands. Did I know anything about the 'Frankley Grunt'? ..they asked me. I tried not to laugh. For some reason 'Frankly Mr Shankly' by The Smiths went through my head. I did my best to say something intelligent, and somehow agreed to give an interview on the subject this lunchtime. The nice BBC lady said that she would email me the details, and I went back to sleep with Prudence snoring in my ear.

This is the story:

I heard some very strange noises around the Great Park / Frankley area when I was up very late a few nights ago and others have reported to us that they have too. It seems to be in the early hours of the morning, between around 1.30-3.30am, and has been happening for a couple of weeks now.

Dawn Cotterill said on Facebook: “Has anyone got any idea what the “noise” is around Frankley that keeps waking me up at 2.30 every morning. 2 weeks ago I thought it was a helicopter in the distance, it sounds like some kind of machinery and is now officially driving me mad.”

The big question is: what the bloody hell am I going to say in my interview?
Posted by Jon Downes at 12:34 PM No comments: