http://maxzoo.blogspot.com/2011/08/new-paper-on-memory-has-important.html
Posted by Jon Downes at 2:10 PM No comments: 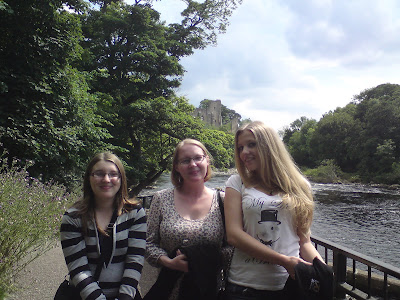 Here are some photo's of a fresh water crayfish that Tatyana spotted (our new Belarusian C.F.Z rep?) whilst we were out for a walk in the woods at Barnard Castle County Durham. We hope the pics maybe able to identify it as a native.

I can't confidently identify the crayfish, the ultimate 'silver bullet' for identifying the two species found up north (the colour on the underside of the claws) is invisible in the photos, though I cannot blame anyone for not wanting to pick them up to check! Just incase you got a hint of the underside colour, white-clawed crays (the British native) is white to pink on the underside, but the American signal/red-claw is, guess what, red underneath. I have first hand experience with both species (signals at uni, and white-claws at Bristol Zoo) and the red underside is by far the easiest aid to identification.

Have a look here: http://www.environment-agency.gov.uk/static/documents/Leisure/Crayfish_Identify.pdf

Ignore the shape of the claws on the signal in the photo they use: it is an old male which typically grow huge claws. Yours looks smaller (say, 10-12cm) which puts it in the size range of both species.

If I was to have to take a stab, I would say it was an American signal crayfish. There are hints in the second photograph that there is red on the underside of the claws. This is probably the most common species in your area, so I would stick with that as the identification. 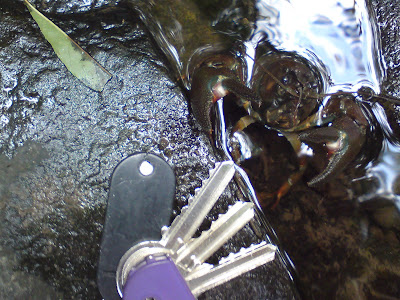 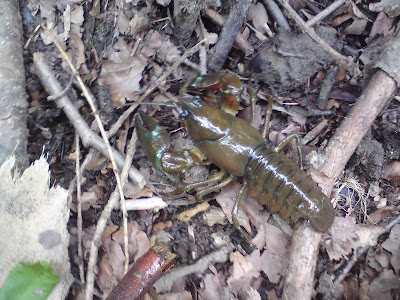 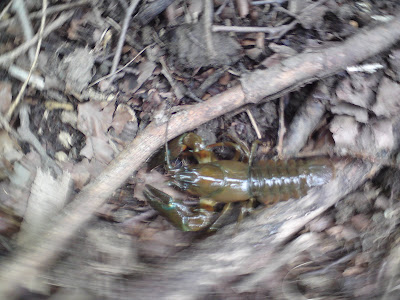 CASSIE MORRISON: Have you ever noticed...

What? You haven’t read THREE MEN SEEKING MONSTERS? Then you’re no friend of mine...that’s all.

Download it from my blog then. It’s in pdf format which is compatible with most e-readers out there.

HAUNTED SKIES: Another one from the archives

http://hauntedskies.blogspot.com/2011/08/from-archives.html
Posted by Jon Downes at 12:36 PM No comments:

On this day in 1957 the legendary comic actor Oliver Hardy died.
And now the news:

Tash! Ah-aa! Saviour of the universe! (unless I heard those lyrics wrong) :
http://www.youtube.com/watch?v=MS4_Z84-rRE
Posted by Jon Downes at 12:36 PM No comments:

THE NEXT ISSUE OF 'FLYING SNAKE'

Just to let you know that the deadline for submissions of articles, Notes & Queries, to Flying Snake 2 is Sept 1 2011, for publication on or near Oct 1.


Richard Muirhead
Published with Blogger-droid v1.7.4
Posted by Jon Downes at 9:45 AM 2 comments: