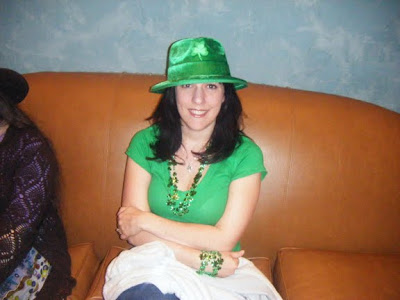 A very happy birthday to Naomi, who is one of my favourite people. Whilst we were in Texas last year she became more like a scatty little sister than a mere friend, and we are counting the days until the dear girl and her long-suffering husband Richie (who is another one of our favourite people, but it's not his birthday) come to visit us in June...
Posted by Jon Downes at 12:44 PM 3 comments: 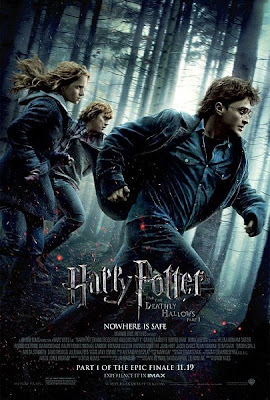 The Harry Potter saga will, I'm sure, need little introduction to readers of this blog. What started off as a children's book gradually became more complex and mature as the series progressed, to the extent that by the end of the series it probably had more adult fans than kids.
In filming the final book of the series, Harry Potter and the Deathly Hallows the film-makers made the decision to tell the story over two films. This may well be a cynical ploy to milk as much money as possible from the franchise but from a film adaptation stand-point it works really well and I wish they had thought of doing this with earlier films in the series, the weakest of the film adaptations, Order of the Phoenix, would have benefited from this approach immensely as being based on a huge tome, it had to cut out so many scenes and characters from the film it ended up feeling rushed and making little sense unless you had read the book beforehand. The extended overall running time allows DHpt1 to bring in characters from the books that have not made it to the big screen before like Mudugus Fletcher and Bill Weasley. Based on this it is also a possibility that Hogwart's poltergeist, Peeves, might at long last make an appearance in part 2 as well.

Although I loved the book, it was not without its flaws, the worst being a camping sequence in the middle that dragged on and on, wasting a big section of the book without much happening until #SPOILERS# Ron destroys a horocrux containing part of Lord Voldemort's soul. The film-makers have wisely reduced this section in the movie and livened it up a bit too. As a result of this and the quite frankly marvellously executed action set pieces the film feels a lot slicker and tighter than the book.

Speaking of the action set pieces the one that stands out the most is when Harry, Ron and Hermione sneak into the ministry of magic, which has been turned into a nazi-style propaganda operation to emphasise the superiority of wizards over 'muggles' run by the antagonist of Order of the Phoenix Deloris Umbridge. The film ends with the death of Dobby and Voldemort breaking open Dumbledore's grave to obtain his wand, which is part of a trio of powerful magical items known as the deathly hallows, after which the book and film are named. This leaves on a cliffhanger, which makes you all the more eager to see the second part when it is released later this year. The acting, as one might expect from such an accomplished cast including some of the most renowned actors currently working in cinema and theatre, is superb and over the years the film's child stars Radcliffe, Grint and Watson have received a master-class in acting from a variety of respected directors and their adult co-stars, which has fashioned them into great actors as well.

It is honestly impossible to fault the film and for any fan of the books this is the adaptation you've been waiting for.

Today I`m going to carry on looking at historical knowledge amongst the Chinese of the giraffe, through the interpretation of Berthold Laufer. This continues on from Part One, which appeared on December 27th 2010.

'There are in the Chinese Annals several records of giraffes being sent alive as gifts to the Chinese emperors during the fifteenth century. In that period a new impetus was given to the exploration of the countries of the Indian Ocean through the exploits of Cheng Ho, eunuch and navigator. In AD 1408 and 1412 he conducted, with a fleet of sixty-two ships, naval expeditions to the realms of south-eastern Asia, advancing as fas as Ceylon, and inducing many states to send envoys back with him to his native country. In 1415 and again in 1421 he returned with the foreign envoys to their countries in order to open trading links with them. …In A.D. 1414 (the twelth year of the period Yung-lo,under the emperor Ch`eng Tsu), Saifud-din, king of Bengal, sent envoys to China with an offering of giraffes and famous horses. The Board of Rites asked permission of the emperor to present an address of congratulation. As the giraffe was termed k` i-lin, and the fabulous k `i-lin of antiquity was reputed to appear only at the time of a virtuous ruler, the giraffe was obviously regarded as an auspicious omen, and the proposed address of congratualation was chiefly intended as a flattery to the sovereign, who had sense enough to see through the game and denied the request. (1)

In A.D. 1415 the country Ma-lin (Malindi in British East Africa) offered a giraffe to the emperor …In the year 1421 the chamberlain Chou travelled for the purpose of purchasing giraffes, lions, and other rare animals, rather to satisfy his own vanity than to make a contribution to knowledge…In the year 1430 Cheng Ho dispatched one of his companions to Calicut in southern India. Having heard that a trading vessel was to sail from that port to Arabia, he commanded this officer to embark and take Chinese goods as presents for the native ruler along. The voyage lasted a year. The Chinese envoy purchased there fine pearls, precious stones, a giraffe (k`i-lin), a lion, and an ostrich.… (2)

A note-worthy point is that the giraffes were not sent to China over the land route as the ostriches were but were conveyed in ships over the maritime route from Aden by way of India. It is a pity that we have no detailed story as to how the animals were transported, for their transportation is a difficult problem even at the present time. Giraffes are very nervous and hence very awkward animals to transport as they are liable to break their necks by suddenly twisting about in their travelling boxes. It is still more deplorable that the Chinese have not preserved a record of how the animals were cared for in their country, how long they lived, etc. (3) 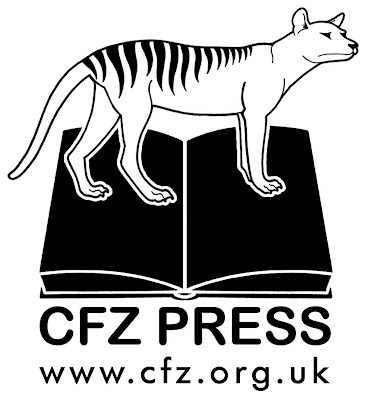 We have quite a lot of big plans publishing-wise this year. In order to facilitate this, we are looking for more proofreaders. If you are interested please email Jon on jon@eclipse.co.uk
Posted by Jon Downes at 11:57 AM No comments: 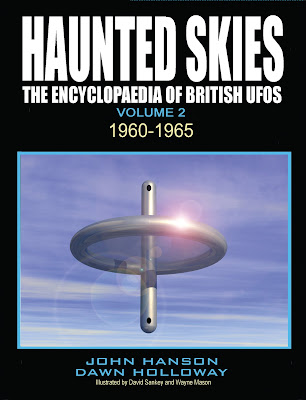 On this day in 1977 snow fell in Miami, Florida, for the first and only time in recorded history (brrrr).
And now, the news:

Well, now, a story about 'beetles', surely I won't be predictable enough to post a song by the Beatles as the vaguely related video of the day, or will I? Only one way to find out: click that link.
http://www.youtube.com/watch?v=aMfkVGCU_BA
Posted by Jon Downes at 11:48 AM No comments: