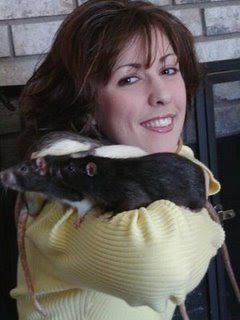 I wanted to share some mildly interesting alleged Bigfoot sightings that took place in my general area, all within a few miles of each other:


First of all, several years ago, I overheard one of my high school students sharing with a few others that she had spotted what appeared to be a Bigfoot a day or so earlier.  The ground had been covered in snow (which happens one day a year at the most around year - so getting a specific date shouldn't be hard as this was0 2010).  At the time, my student tried to get others in the car, including her mother, to look.  "Look, it's Bigfoot!" she was saying, but her mother told her she was being stupid and everyone ignored her.  The alleged Bigfoot was walking in a field beyond the intersection of CR 2657 and HWY 190.
I pulled my student aside later and explained that I research things like this and to level with me -- had she been telling the truth?  She said she was, that she really had seen what looked like a Bigfoot. (She even seemed a little embarrassed by it, being a pretty practical, streetwise, type.)  I asked her if she would know the difference between a Bigfoot and a Ghillie suit, and she said she would have known if it were a Ghillie suit.  The only thing I remember specifically about her description of the Bigfoot was that his arms were "huge."  I have heard of them being long, but she seemed struck by their thickness as well.  (Not sure if that weakens her allegation or not -- I've never heard of that particular feature.)  At the time, I didn't know enough about Bigfoot to ask her about the way he moved.
Anyway, in a strange synchronicity, that very day while driving home, Richie mentioned to me that there had been a Bigfoot sighting in our area.  I had said nothing to him about my student's story, and I don't even recall ever having discussed Bigfoot with him before then.  Turns out his story took place in the 1970s -- but it was just a few miles down 190 from where my student had had her sighting.
I haven't thought much about Bigfoot until a few days ago when my friend Jocy, who is a teacher's assistant at UMHB, mentioned to some students in one of her classes about my student's 2010 sighting.  One of her students said, "Was this off FM 116?" Now, FM 116 runs parallel to CR 2657 and they connect by several different roads.
When Jocy prodded this person, he started to refuse to answer, saying everyone would think he was crazy.  But she encouraged him and he finally told of a time he was driving down FM 116 and noticed some "dude" walking within the treeline across a field.  Then he realized how impossibly tall this person would have had to be for him to see him through the treeline.  When Jocy asked him about the gait of the person, he imitated it and it was that exact bobbing gait specific to Bigfoot sightings.
That's all I've got.  Not much, but I'm starting to develop an interest in the possibility of Bigfoot around here. I'd love to do an expedition, but most of the land is private so I'm not sure how I'd swing that.
Posted by Jon Downes at 2:10 PM No comments:

RICHARD FREEMAN FOUND THIS SLIDESHOW OF A MYSTERIOUS CARCASS ON A BEACH (As Richard says, it is probably a beached killer whale)

Published on Apr 28, 2013
This is a slideshow of a series of photos taken at Pukehina Beach Bay of Plenty in Apr 13. The huge marine creature washed up after a storm. It had been attacked by something in the water. The locals are not sure what it is although it has stimulated lots of discussion.

THE GONZO BLOG DOO-DAH MAN IN A DROUGHT

*  The Gonzo Daily is - as the name implies - a daily online magazine (mostly) about artists connected to the Gonzo Multimedia group of companies. But it also has other stuff as and when the editor feels like it. The same team also do a weekly newsletter called - imaginatively - The Gonzo Weekly. Find out about it at this link: http://secure-web.cisco.com/auth=113NA3fakmKbP5rl4ib3bl7fDhVTsE&url=http%3A%2F%2Fgonzo-multimedia.blogspot.com%2F2012%2F11%2Fall-gonzo-news-wots-fit-to-print.html
* We should probably mention here, that some of our posts are links to things we have found on the internet that we think are of interest. We are not responsible for spelling or factual errors in other people's websites. Honest guv!

*  Jon Downes, the Editor of all these ventures (and several others) is an old hippy of 53 who - together with his orange cat (who is currently on sick leave in Staffordshire) and a not very small orange kitten (who isn't) puts it all together from a converted potato shed in a tumbledown cottage deep in rural Devon which he shares with various fish, and sometimes a small Indian frog. He is ably assisted by his lovely wife Corinna, his bulldog/boxer Prudence, his elderly mother-in-law, and a motley collection of social malcontents. Plus.. did we mention the orange cats?
Posted by Jon Downes at 10:42 AM No comments:

On this day in 1873 the explorer David Livingstone died.
And now the news:


A retelling of the famous incident when a journalist tracked down Livingstone in the heart of Africa:
http://www.youtube.com/watch?v=XFCr3rhw5KA