JONATHAN MCGOWAN ON THE INDIA BLOG

Over on the India Expedition blog Jonathan McGowan explains why he wanted to go to India in the first place, and therefore his motivations for asking to be included on the expedition.
Posted by Jon Downes at 12:49 PM No comments: 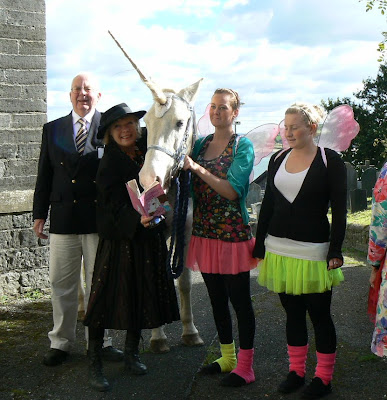 Sent by our old mate Jim (that's him far right) Jackson
Posted by Jon Downes at 12:40 PM No comments:

A big thank you to Barry Wallace for his donation of $5. It has gone straight into the kitty! Thanks dude - it all helps!
Posted by Jon Downes at 12:35 PM No comments:

RONAN COGHLAN: The Search for the Umbopa: a tale of 19th Century Cryptozoology

Our journey to the forests of South America had not taken long - largely because we had started from Rio de Janeiro. But now we had been trekking through the intertwining foliage for two years and were beginning to feel we weren’t getting anywhere.

We were searching for the Umbopa, the legendary banjo-playing lizard said to lurk in the dense jungles. The insects were atrocious. Have you ever heard an insect playing the banjo? I myself, between suffering countless discomforts, had taught myself how to play the Indian nose-flute, on which I had learned Chopsticks, but I was finding Frere Jacques a challenge.

I noticed Carruthers staring suspiciously at me. He was smoking his pipe - he likes a good shag. We were the last two members of the expedition living. It had proved too much for old Fortescue, who had expired from lack of whiskey by a river as yet unnamed by explorers. Blenkinsop had had to go back lest he miss the test cricket. That had left Carruthers, me and our native guide Uturuncu. Then Uturuncu had disappeared and I knew Carruthers suspected me of eating him. As if I’d eat a damned native!

Then suddenly we heard it - the unmistakable sound of Oh, Susannah. The undoubted twankle of the banjo. Could our quarry be near to hand? This could be the last Umbopa on earth, so in good 19th-century fashion we readied our guns and prepared to blow its head off. I fanced getting it stuffed and using it as a hatstand. My social status would rise accordingly. Dukes and earls would come, merely to see my hatstand.

We entered a clearing where we found no lizard, but a shack. There was a notice over it saying Downes Bar and Kaff . There were also fairground amusements such as Wrestle a Jaguar, the Urubamba Water Slide with Live Crocodiles, the Cannibals’ Cauldron (payment in advance), etc. Playing the banjo on the front was a man of generous proportions wearing a monocle.

We’re cryptozoologists, we explained. We seek the Umbopa.

At that moment a large saurian emerged carrying a plate of fried eggs. Who ordered the fry-up? he demanded. It appeared the Umbopa was the cook.

Are you the Umbopa? I cried. Long have I sought you. Stop twisting the barrel of my gun into a knot.

But the pitiless saurian now proceeded to do the same with Carruthers’s gun.

Kill them off, urged the proprietor. We can stuff them and use them as hatstands.

Yes, we had stumbled on the beginnings of the Downes Jungle Theme Park, now a major tourist attraction in Brazil. You can get special deals flying there with Ryanair. And to think it had such humble origins in the 19th century!

As you enter the main lobby, you can see two very distinguished looking hatstands. Do stop to admire them.
Posted by Jon Downes at 12:12 PM No comments:

Today`s blog concerns the Dragon Fish, a semi-legendary Chinese fish, which seems to have similarities with a giant salamander or giant newt, were such an animal to really exist. Today`s case is from The Hong Kong Telegraph of March 7th 1925 (1) There has only ever been one possible sighting of a giant salamander in Hong Kong, the controversial Sligo`s Salamander found at the Hong Kong Mid-Levels after a heavy rainstorm in the Botanical Gardens, the exact provenance of which is as far as I am aware unknown although it is now thought not to be a new species. (Jon?)


JON: Boulenger, EG: The Zoo and Aquarium Book (Duckworth, London: 1932). It is now thought to be a small and dark specimen of The Chinese giant salamander (Andrias davidianus)

There is no such giant newt in Hong Kong. There is the Hong Kong newt (2) but it is no giant. However, read on:

According to the vernacular papers, which make much of “scoops” and sometimes embellish them, a strange fish has just been discovered by an inhabitant of Portland Street, Yaumati.

This is nothing less than the “dragon” fish, which derives its name from its elongated form and from the quality popularly attributed to it of sprouting legs along the line of its long body after life is extinct. The “sprouting” process is brought about by giving the fish a tap on its head”, and those of the superstitious Chinese who believe in this think they have in the strange fish one of the direct descendants of the dragon. Altogether a very fishy story, but the concluding paragraph in the report states that the man who brought it home to his house at No. 34 Portland Street has sent the fish to the Government Bacteriologist for examination. (3)

Portland St still exists, but is now a few miles inland from Yaumati or Yau Ma Ti. Perhaps in 1925 it was nearer the coast of west Kowloon where Yau Ma Ti is located and therefore this “dragon fish” was a juvenile crocodile? What fascinates me most is this “ tap on its head” business. How I would love to find someone who can translate the “vernacular press”. I`m working on it. I hope the next time Jon or Lizzy or Richard or someone taps me on the head and says “ho ho what a good Fortean you are” I don`t sprout legs; two is quite enough thank you!!

The once well known American author Pearl S. Buck wrote a book called The Dragon Fish in which she says (1944 edition?) : “It was shaped like a tiny dragon. It had four little feet on four short legs, instead of fins, and its tail was long and curling.” (4)


BILLY BRAGG FROM A VAUXHALL VELOX

She said “Do these seats fold down?”
I said “if you pull that handle”
All the time she`d been waiting for
Something with a little more
And all her mates on the new estates
Were walking out in confetti and sunshine

Her mother read her mail
And her Dad was a policeman
Which I must say worried me
But some things have just got to be
So we passed very fast like ships in the night
Or cars on a contraflow system…..

I don't know if you knew this but there is a interview with Gary Cunningham on RTE radio. It was broadcast on 8 Oct and is available till the end of the week as a pod cast. He talks about the mysterious animals of Ireland.

Le Prince disappeared in mysterious circumstances, with theories as to what happened ranging from suicide to murder by people trying to claim they invented motion pictures. It was thought until 2003 that his body was never found but a search of French archives came up with a photograph of an unknown victim of drowning that is now thought to be Le Prince. As he was meant to be on a train to Paris at the time he went missing, foul play or suicide are both possibilities that can't be ruled out.

And now, the news, with thanks to our news editor Gavin Wilson:

Geckos Inspire New Method to Print Electronics on ...
The Oil and the Turtles, (Via Herp Digest)
Rural Women in Nicaragua Lead Effort to Protect En...
CSR and Eco-Innovation Inspired by Frogs (Via Her...
More Reasons Not to Abandon the Baby Turtle Ban (...
Poisoned Mice Bombing Hopes to Halt Guam Snake Adv...
50-Million-Year-Old Snake Gets a CT Scan (Via Her...
UA Researchers Co-Discover New Salamander (Via Her...
Man Dreams of Bringing Dinosaurs to Central Park
Animals Said to Have Spiritual Experiences
Lair of the Beasts: Castle Ring Monsters
5ft puma on prowl at leisure complex
Druidic ravens at the Tower of London?
The slow scamper of the black squirrel

Squirrels are clever little fellows as this clip shows; they are not clever enough to work out that they could just run along the grass to the last pole and climb up that instead of doing a huge obstacle course:
http://www.youtube.com/watch?v=DbSlW2Rs23w&feature=related
Posted by Jon Downes at 11:45 AM No comments: 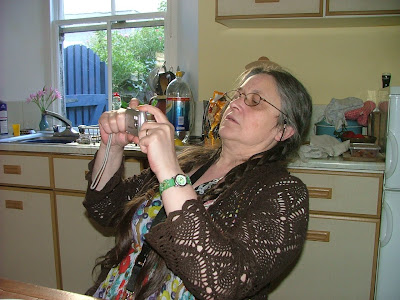 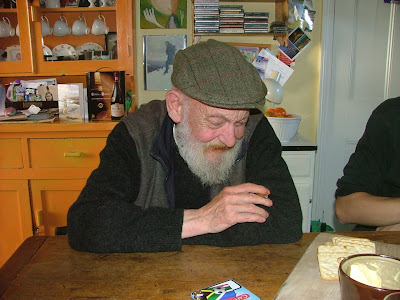 Posted by Jon Downes at 1:11 AM No comments: