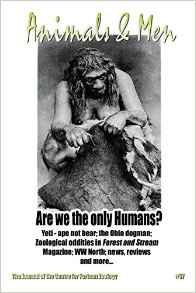 As you will probably be aware, the two most recent issues of Animals & Men are now available as both hard copy and kindle ebooks. This is in addition to them being available for free as online flipbooks.
Read on...
Posted by Jon Downes at 8:15 PM No comments:

Jon. Martin and Marianne in the WMN

Posted by Jon Downes at 5:37 PM No comments: 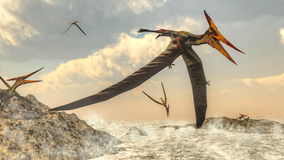 Bigfoot Sightings: Cameras In Utah And Michigan Appear To Have Caught The Creature On Film ...
Particle News
'Tis the season for ghosts and goblins and beasties; could that explain the recent rash of North America Bigfoot sightings? In the last week, cameras in ...

Squatchin' on Heaven's Door: Bigfoot Spotted in the Cloudy Harvest Moon
Week in Weird
For a creature that no one can seem to nail down, Bigfoot sure gets around. From nudist camps in Oregon to luxury hotels in New Hampshire, the big

Bigfoot Turns Its Back As Father And Son Walk By (Video)
Before It's News
A lot of animals in the wild hide in plain sight by remaining absolutely still. Does bigfoot use the same tactic at times to hide from us? It seems like a ...

Watch: Patterson – Gimlin Bigfoot Footage
Sasquatch Chronicles
Bob Gimlin meets up with the Finding Bigfoot crew and talks about that famous moment in time.
Posted by Jon Downes at 9:00 AM No comments:

ON THIS DAY IN - 1356 - The Battle of Poitiers was fought between England and France. Edward "the Black Prince" captured France's King John.
And now some more recent news from the CFZ Newsdesk