KARL SHUKER ON YOKAI FROM THE SEVENTIES

http://karlshuker.blogspot.com/2011/04/goblin-elephants-and-were-spiders.html
Posted by Jon Downes at 5:04 PM No comments:

From Nick Redfern's blog:
Bones and the Chupa
Deadlines & Deadlines!
Posted by Andrew May at 3:01 PM No comments:

I know that this piece is off-topic, but Harriet writes so remarkably for a young lady of her age, that I want to share her writings with you.

You know, there’s a girl that I’ve made friends with at my school. She’s absolutely lovely, though I won’t put her name down here. Instead, let’s call her… Mandy. So ‘Mandy’ is a great friend and I’d do anything for her.

There’s another girl at my school who is very, very mean. Let’s call her Carmen. So ‘Carmen’ is really mean to ‘Mandy’. Why? ‘Mandy’ and I reckon that she’s jealous of my friend’s ability to draw amazingly. However, ‘Carmen’ just doesn’t give up! In fact, I saw her at the park yesterday. *shiver*. The moment I walked past, she and her cronies began sniggering and whispering something. Not to be paranoid, but I’m sure it was about me. Who cares, though? I don’t give a monkey’s what she says. So here’s a little something dedicated to that very person…

You think it’s cool
To snigger and stare
But do you know the meaning
Of good friend?
You were friends with her once
She was happy
And so were you, too.
One thing I have to ask is
What went wrong between the two of you?
She’s suffered harsh insults,
False accusations
From nearly everybody
Did you start this?
Or did they already hate her?
But all good things must evidently come to an end
As you have so kindly demonstrated
The rose withers
As its blood red petals fall
The rose is named ‘your friendship’
So tell me, what went wrong?

In Forean Fives the great and the good of Forteana pick out Five interesting events from the history of Forteana. If you want to submit your own Fortean Five email it to Oll Lewis at fortean5s@gmail.com . Today’s Fortean Five was compiled by Hunt Emerson. Hunt is the Fortean Times cartoonist and amongst other things, works for the Beano. Take it away, Hunt:

1. My very own UFO sighting sometime in the late 90s: I saw an unmarked wedge-shaped craft flying quite low over Handsworth, Birmingham, travelling south. Several years later I had confirmation of this from someone who wrote to FT reporting the same craft further south in England, at a time later that would account for its direction and speed of travel. I believe it was a stealth bomber, which in those days was a rare thing. Although explained, it was at the time a UFO and has entered "the literature" as such. I'm afraid I can't give a date for this.

2. I've always liked the story of the Voyage of Saint Brendan, across the North Atlantic in a leather boat with 8 monks, during which they encountered all manner of strange and interesting creatures.

3. I love the tale of the image of Christ that appeared as vague marks on a white painted wall in Mexico (?) and attracted crowds of supplicants and the prayerful, before being recognized as a Willie Nelson Concert poster that had been whitewashed over and then partially showed itself through the paint.

4. Similar story of the face of Christ (or possibly image of the BVM) that appeared on the door of a large refrigerator standing on a porch somewhere in the southern states of the USA, in the reflections of a porch light that was turned on in the evening. Again, it attracted crowds of worshippers, to the annoyance of the householder, who finally dealt with the phenomenon by moving the fridge.

5. Everybody's going to groan when I say this, but my fifth choice is Uri Geller. I stood two feet behind his left shoulder and watched him bend someone's door key. Now, I've no doubt that there's some accepted explanation for this trick, but I don't know what it is, and I saw it happen. With my own eyes. (Not that that's anything to go by....)

On this day in 1993 the Waco siege ended with a fire that resulted in the deaths of around 80 members of the Branch Davidian sect. A version of the events can be read here: http://en.wikipedia.org/wiki/Waco_Siege
And now the news:

They need this fellow to help sort them out:

http://www.youtube.com/watch?v=banXT6azA-4
Posted by Jon Downes at 11:09 AM No comments:

I have been friends with Karl since 1993 - that is 18 years! During that time I have always admired his ability to write intriguing (and often silly) headlines, but this one today takes the proverbial biscuit....

KLUMPOK - IT REALLY WAS 'STRANGER THAN PEOPLE'! 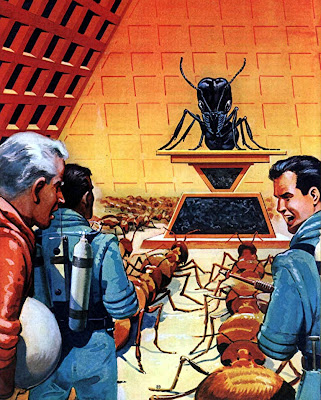 Posted by Jon Downes at 9:03 AM No comments: