Ruby Lang sent us this story which, if true, is a remarkable turn of events. Presumed extinct since the 1930s, the Bali tiger was not only the smallest of the tiger subspecies but the one that most observers would have given the best odds on being extinct purely because of the lack of suitable habitat on the island of Bali, which has become a tourist Mecca.


This new report means that all three subspecies of tiger presumed to be extinct now have question marks raised over their status. It has to be said that the chances for any of these subspecies remaining extant are poor, but all three remain a tantalising possibility.
Posted by Jon Downes at 10:47 AM No comments: 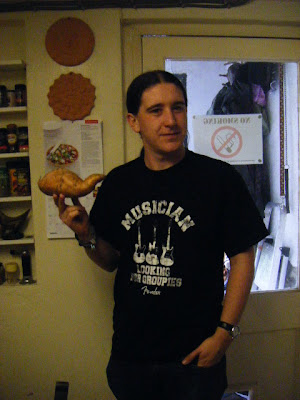 There is a lot of evidence that supports the existence of a large undiscovered animal currently living in Loch Ness and in other freshwater lakes around the world. Though many sightings have been recorded, plus photographs and video footage, an animal’s existence remains questionable despite the insistence of many witnesses that the object they are seeing is animate. Here I propose that the “animal” people are seeing is actually nothing of the sort, and is in fact a vegetable, using the Ipomoea batatas paratype CFZ076 as evidence.

Ipomoea batatas is a globally important root vegetable well known for its sweet flavour and potato-like texture. It is eaten nearly worldwide with a major production centre in China. Its maximum size has been well documented as being just over 11kg, but never before has a shape for the potato been grown to give a satisfactorily plesiosaur-esque shape.

New evidence now clearly shows that sweet potatoes can both grow large enough to be seen from a distance bobbing in water, but can also grow in a shape sufficient to produce the general shape 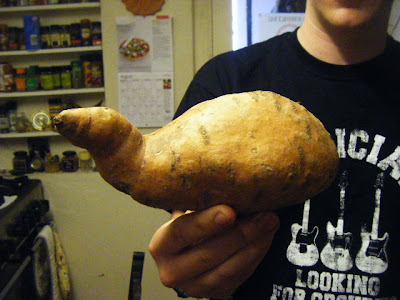 seen by witnesses. The large floating sweet potato hypothesis to explain sightings of lake monsters should be taken very seriously indeed by all researchers working in this field.
Posted by Jon Downes at 10:36 AM 2 comments:

THE WARNERS ARE BACK

You have published our expedition data in the past and we would like your support in helping us make this important announcement as we are on the verge of proving two major zoological /crypto zoological discoveries.

The video link below will show Mike Warner announcing our Funding Campaign for our return ground expedition to sites 1 & 2 in the Peruvian Amazon and releases extraordinary information which has never been made public before today.

Mike has also decided to make a series of full disclosure videos to support his claims.

Thank you for your support!

Here are the latest items for the ever-growing Yesterday’s News Today: