Another jolly day on the Gonzo Daily. My postbag was interesting this morning as it included the new Anthony Phillips album and the new Comus album.
http://gonzo-multimedia.blogspot.com/2012/05/my-postbag.html
I am seriously looking forward to listening to both of them.

I spent much of yesterday afternoon listening to the new release from Ant-Bee, which is beguilingly good, and effortlessly sucks you in to its own schizoid soundscapes. Bizarrely there must be noises on there that I can't hear because Prudence (the dog) didn't like the album at all. She grunted in a bad tempered manner and waddled off to sleep in the kitchen.

Today's Blogpostings are many and various:

We have a real exclusive first of all with the third part of our interview with Erik Norlander, star of stage, screen and synthesiser:
http://gonzo-multimedia.blogspot.com/2012/05/exclusive-erik-norlander-interview-part_16.html

We have a link to an interesting Chris Squire interview:
http://gonzo-multimedia.blogspot.com/2012/05/link-interesting-chris-squire-interview.html

And a link to an insightful Troy Donockley review:
http://gonzo-multimedia.blogspot.com/2012/05/link-interesting-troy-donockley-revies.html

And finally my old mucker Graham Inglis is let loose on the new Hawkwind album. But he did that weeks ago! I hear you complain. Aah yes. But that was a review for the novice - this is a review for yer hardcore Hawkwindophile:http://gonzo-multimedia.blogspot.com/2012/05/are-you-old-enough-to-have-gone-to.html

We will be back tomorrow, and this weekend watch out for an interview with Ant-Bee - possibly the most peculiar ensemble on Gonzo (and that is against some very strong opposition)...
Posted by Jon Downes at 1:10 PM No comments:

New on Frontiers of Zoology:
First, a posting carried over from Richard Kline's Global Warming and Terraforming Terra Blog:
http://frontiersofzoology.blogspot.com/2012/05/waheela.html
And then an update on the Kansas Bigfoot photo, with additional information from the Facebook Bigfoot Page:
http://frontiersofzoology.blogspot.com/2012/05/kansas-bigfoot-photo-additional.html
Posted by Jon Downes at 12:11 PM No comments:

http://cryptozoologynews.blogspot.com/
On this day in 1923 Peter Underwood was born. Underwood is one of the most widely known researchers in the fields of ghosts in the world and has written a large number of commercially successful books on the subject, particularly on Borley Rectory.

The age-old question is finally answered: Donkeys ...
Did Peeing Swimmers Kill 500 Fish?
Could insects feed the world? [VIDEO]
Hawks Attack Parishioners At Indiana Church
Conservation group plans to sue county, feds over ...
Horseshoe Crab Mating Ritual Is The Oldest Beach O...
Feeding Without the Frenzy: Students Make Fun Feed...
Fun-loving bears line up and get ready to do the c...
Rebel groups invade Mountain gorilla park – Yet an...
One-Quarter of Grouper Species Being Fished to Ext...
A 'Cousin' of the Giant Panda Lived in What Is Now...

HAVE YOUR SAY: The big cat crosses more paths
Lilydale and Yarra Valley Leader
After reading about a mystery cat attack in the Leader (April 8), Boronia resident Ian Gilbert said he saw a panther run across the road in broad daylight while he was driving home from the Victorian town of Rawson about six months ago.
Posted by Jon Downes at 10:39 AM No comments:

Just a few days ago, I wrapped up the writing for a new book to be titled Wild Man! The Monstrous and Mysterious Saga of the British Bigfoot. To be published by CFZ Press in the UK, it will cover such controversial critters as the Big Gray Man of Ben Macdui, the Man-Monkey of England’s Shropshire Union Canal, the Beast of Bolam, the Woodwose... 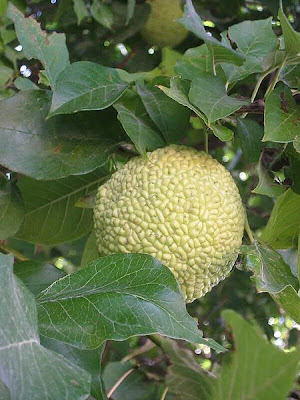 A year ago, my husband Richie, my cousin Matt and I went trekking through the woods outside my house, near the river bed, when we stumbled across a strange looking fruit. At least, we assumed it was a fruit, but it was a kind we’d never seen before: green, with bumps that gave it a “brainish” appearance. There were probably five of these types of fruit lying around on the ground. It was so alien to us that we were afraid to even break one open, but we finally worked up the nerve and discovered a pale, fleshy inside. Our curiosity somewhat sated, we moved on.

Once home, I did some searching online and found that the closest match to our mysterious fruit was Breadfruit. However, Breadfruit is only supposed to grow in the South Pacific. Despite my intrigue at having found the fruit in our dry Texas climate, I forgot about it until two days ago when I mentioned it to a friend. She was incredulous. “You did NOT find Breadfruit in Texas. That is impossible. I couldn’t even get it to grow in Puerto Rico!"

I insisted that I HAD found it, whether it had fallen out of an airplane or been bought from a market and spirited to the middle of the woods for whatever reason.

Now that my friend had planted the idea that I might have an anomaly on my property, I became obsessed with returning to the woods to see if I could find the breadfruit again. So yesterday evening, braving the heat, the allergens, and the snakes in the summer overgrowth, Richie and I made our way to the area of the woods above the river bank where we had first found the Breadfruit.

Initially, it appeared that there was none, which made me think that possibly it had been displaced to begin with. But just as we were about to surrender to the fading sunlight, Richie spotted it. It was only one this time, but it was the same green ball of fruit with the odd bumps on it. We looked everywhere for its source, but could find no tree that resembled the breadfruit images we had Googled.

Regardless, I was excited, and we took the fruit home with us. I tried calling my friend to tell her we had found the Breadfruit again. I couldn’t reach her, but in the meantime, I decided to research a little further about Breadfruit possibly growing out of its proper climate. When I could find nothing that would indicate this was possible, I decided to find out if there was any fruit that could grow in Texas that resembled breadfruit.

And there is: Maclura pomifera, also known as “osage-orange,” “hedge-apple,” and a few other names. Like the Breadfruit (Artocarpus altilis), it belongs to the Moraceae, or Mulberry, family. Unlike the breadfruit, the osage-orange is not edible, though its seed are, but some claim that horses and cows will eat it. Osage-orange is also argued to be an insect repellent. Most interesting, however, is the claim that it kills cancer cells.

While I was a little let down that I hadn’t found some Breadfruit cryptid, I am still excited to have stumbled upon the bizarre hedge-apple. My interest in the flora of Texas has definitely been piqued.

Oh, and to satisfy myself that a person can easily mistake the one fruit for the other, today I showed a picture of an Osage-orange to a Native Hawaiian student of mine and asked him what it was. "Breadfruit," he replied.
Posted by Jon Downes at 10:28 AM No comments:

New Link up at Frontiers of Zoology, a long piece that encountered several setbacks and delays:
http://frontiersofzoology.blogspot.com/2012/05/great-white-north-american-ape.html
Posted by Jon Downes at 2:28 AM No comments: