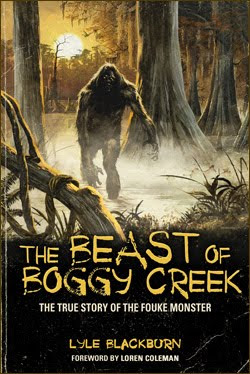 Thank goodness 'The Beast of Boggy Creek' has been written. For those of you in the know, 'The Legend Of Boggy Creek' was a '70s drive-in movie that not only terrified teenagers across the world, but also inspired many people to become monster hunters and cryptozoologists – it changed my life. The movie, directed by Charles B. Pierce tells the story, in docu-drama style, of the small town of Fouke, Arkansas, and the rumour of a hairy, bipedal creature ransacking farms and peering through cabin windows before slinking off into the darkness. The film became a cult classic. A film way ahead of its time.

Ever since the film hit small town theatres and VHS players, there has been much confusion and debate as to what actually happened in Fouke to inspire such a film. The name Bigfoot became a household name a few years previous when the famous Patterson-Gimlin film purported to show a real, upright walking man-beast. However, the facts behind the 'Fouke Monster', except with mention in a book by resident Smokey Crabtree, remained foggy, until now.

Lyle Blackburn has written a fascinating account of the 'Fouke Monster' scare. The author has taken the time to traipse through the backwoods and river bottoms of Arkansas in search of myths, legends, eye witnesses, newspaper reports and evidence, and not only does he shed new light on this forever intriguing story but goes a long way in proving that the film, 'The Legend Of...' was just the tip of a very strange iceberg.

Whether you believe in Bigfoot is not the question here, sceptics should find this riveting too, because Blackburn remains focused on the task at hand - that being to dig deeper into the archives and swamps, to strip away the layers of media frenzy, and cast aside the monster hunting mania, and presents a wondrous account of high strangeness. I could not put this book down, and believe that it is the only work to once and for all collate all information available - historical and modern - to present the Boggy Creek enigma as a case file.

The book is littered with impressive illustrations, photo's from old newspapers and archives, and actual photo's taken during Lyle's visits to the area. Lyle writes with incredible atmosphere, and so those who were not appreciative of the 'Boggy Creek' movie at the time will be able to lap up the scenery as if they've been transported back in a time warp. Some things are far stranger than the fiction of the media, and in 'The Beast Of Boggy Creek' we have a vital cryptozoological book that, like the eerie film, will stand the test of time. This is the sort of book I'd love to have written, and all praise must go to Lyle Blackburn for giving the mystery the exposure and respect it deserves. I recall back in the early ‘90s wondering why such a book had never been written, and so started a manuscript which ended up as a small article called ‘Behind The Legend of Boggy Creek’. I knew I couldn’t traipse back and forth between Kent, England and Arkansas, USA but Lyle’s work has been worth the wait. Snap your copy up NOW!
10/10
Posted by Jon Downes at 11:32 PM No comments:

Camera traps spot 118 tigers in Kaziranga
Times of India
GUWAHATI: Kaziranga National Park, a World Heritage Site, has recorded a rise in the number of tigers, according to the latest camera-trap technique used to make estimates of big cat population in an area. According to Aaranyak, the NGO that carried ...
Posted by Jon Downes at 10:06 PM No comments:

"Saw a squatch turkey hunting today,” the comment made under this recent video post, seems just a little low-key to me. Yawn. If I were this guy, I’d have written something close to a stream-of-consciousness rant. Wouldn’t you?

Posted by Jon Downes at 9:55 PM No comments: 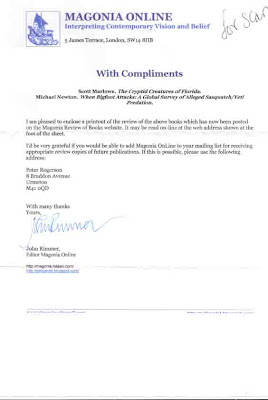 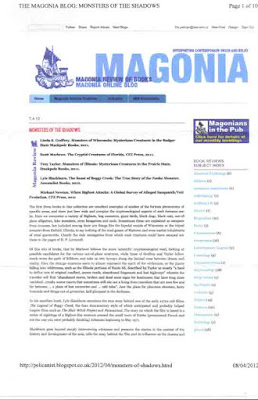 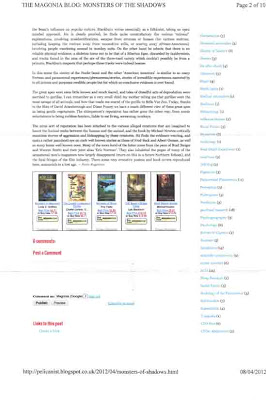 Posted by Jon Downes at 8:12 PM No comments:

Currently at Frontiers of Anthropology I have commentary from an allied Blog Owner concerning the recent articles added on the blog concerning Human Giants:
http://frontiers-of-anthropology.blogspot.com/2012/05/added-commentary-on-recent-giant.html

Benny's blog has a piece on Harpo Marx and the unique Classification he had of Actresses working on the movies in his time:
http://benny-drinnon.blogspot.com/2012/05/harpo-speaks.html

Currently Blogger is not responding well to me and I shall be unable to finish any of the currently outstanding Blogs until the problems are resolved.

Please be aware that attempts to reach me by my regular email accounts could fail while the problem is on. I also recently detected hacker activity at my Facebook account and changed my password there. When I had that account fixed, the trouble on the other accounts took over.
Posted by Jon Downes at 2:56 PM No comments:

HAUNTED SKIES: Update for the beginning of May

It is Thursday and I am running mildly late. However, today's bloggystuff includes some really exciting stuff, although I am afraid there are no pictures of Graham posing in a garden centre for you today.

First up, Jon interviews Liz Lenten, mainperson of 'Auburn' who have just done a smashing new album which presses all the right buttons as far as we are concerned:
http://gonzo-multimedia.blogspot.com/2012/05/exclusive-auburn-jon-meets-liz-lenten.html

We have the second part of the Michael Des Barres interview in which he eulogises the Sex Pistols amongst other things:
http://gonzo-multimedia.blogspot.com/2012/05/exclusive-michael-des-barres-interview_03.html

We have a link to a Dutch review of the Jon Anderson and Rick Wakeman album (and remember folks we have a Jon Anderson interview for you tomorrow):
http://gonzo-multimedia.blogspot.com/2012/05/link-dutch-revciew-of-andersonwakeman.html

We have a Belgian review of Merrell Fankhauser:
http://gonzo-multimedia.blogspot.com/2012/05/link-belgian-review-of-merrell.html

And last (but by no means least, because he spotted me on American TV last night talking about 'The Beast of Dartmoor') an interesting investigation into the music of 'Genre Peak':
http://gonzo-multimedia.blogspot.com/2012/05/link-singled-out-genre-peaks-wear-it.html

On this day in 2000 the first geocache was placed and it's co-ordinates were posted online, starting the 'sport' of Geocaching. 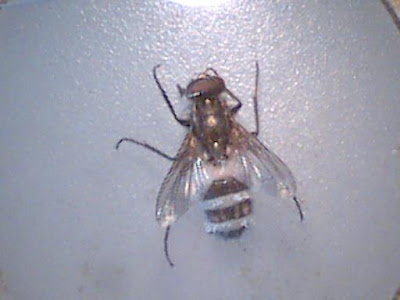 That species of fly I posted on my Facebook yesterday, I got an e-mail this morning regarding my enquiries to the entomologist At the Department of Conservation is not sure but it may be a new species and they want to examine the specimen.

Quite exciting, the New Zealand CFZ may have 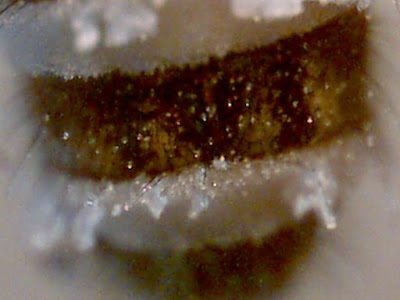 discovered a new species of fly or a hereto unknown immigrant.

I shall keep you informed.

As Lars said in his reply(*) it does have a fungal infection but the veins on the wings match an unusual species.

(*) Lars Thomas I cant identify the fly for you, I am not familiar with NZ flies, but the poor thing has a severe fungus infection, thats the reason for the white stripes in between the dark ones. His abdomen (It looks like a he because of the big eyes) is swollen with fungus threads, pressing on the outer plates and even sticking out here and there. 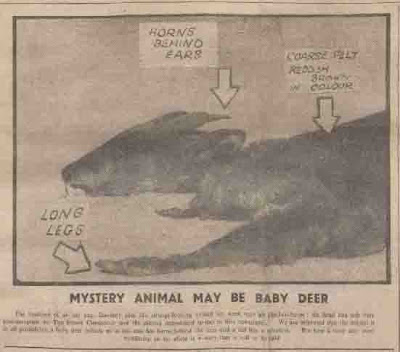 Today for a mystery animal to make it into the media it has to be a beast, and not just any beast but the beast of somewhere. The culprit is usually described as a big cat and a danger to livestock and children, but back in 1946 mystery animals were a bit softer as this piece from the Essex Newsman Herald highlights.
Posted by Jon Downes at 12:00 PM No comments:


Last month's positions in this pinky colour, which I think is called cerise. This was a weird April saleswise: we sold much better than usual, especially in the USA, probably because of all the hard work Emsy has put in on the Facebook Group. Thank you honey.. 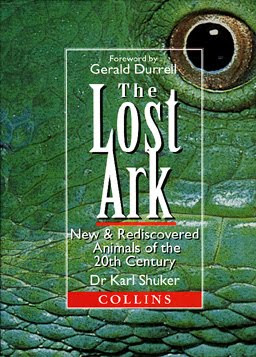 The other day I was looking up Karl Shuker's books on Google, and this came up:
http://news.yahoo.com/woman-lost-ark-lotto-ticket-entitled-1m-001711454.html

I am actually lost for words...
Posted by Jon Downes at 9:36 AM No comments:

...and his little sister says

Posted by Jon Downes at 9:16 AM No comments: