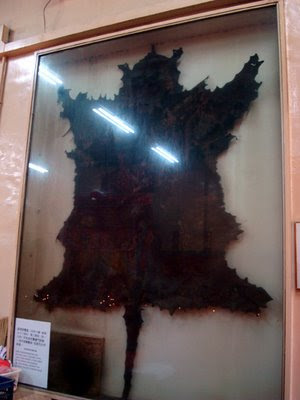 Some months ago I wrote about a tiger shot in Hong Kong in 1942 by soldiers of the occupying Japanese Army. Regular readers of my inky-fingered scribblings here and elsewhere will know that I have been obsessed with the provenance of this particular animal for many years. Now, thanks to a passage in an excellent book called Prisoner of the Turnip Heads by George Wright-Nooth, which tells the often harrowing story of his time spent as a P.O.W in Stanley Internment Camp on Hong Kong Island during WW2, the mystery is a little closer to being solved.

Two tiger guards were instituted, one armed with a gong, the other with a gardening fork. The bungalows had no doors or windows so for several nights there was considerable apprehension at night.

A tiger was indeed on the loose, probably from a circus that had been located at Causeway Bay. It was subsequently shot and the carcass, which weighed some 240 lbs, was given to an internee called Bradbury to be skinned. He had worked as a butcher at the main dairy farm and was probably the most unpopular man in the camp a real life Uriah Heap as I will explain later. As the reader is aware this skin is still on display today in the Stanley Tin Hau temple.

Bradbury’s photograph subsequently appeared with the dead animal in a Japanese newspaper, although I did not see it in the Hong Kong News."

So, it looks like it was a circus animal after all, rather than a bona fide South Chinese tiger. This, however is supportive evidence for an even more intriguing question. As I write in my autobiography Monster Hunter (2004):

Back in the late 1960s I remember talking about the affair to my beloved amah - Ah Tim. She told me that according to Chinese belief, the tiger was the King of Beasts and the arrival of a tiger unexpectedly in a neighbourhood was often seen as an omen that a new Emperor or King was about to take the throne. It is certain that some people at the time saw the death of the unfortunate tiger in Stanley Internment Camp as being a signal that the reign of the King-Emperor George VI was nearing an end, and the reign of the God-Emperor Hirohito was about to begin!

It seems likely that the invading Japanese were determined to extract the maximum of publicity from the event by exploiting local folk beliefs. Near the end of the war when it was obvious that they would lose, they were still fermenting Chinese Nationalist feelings, often through the use of cultural motifs, and sometimes by recruiting collaborators, in an attempt to ensure that at least the British would no longer be in power in Hong Kong. They failed, as history has proven, but the different stories I managed to unearth over a period of some thirty years suggested that someone, either wittingly or unwittingly, was not telling the whole truth.

The whole affair is a real mystery, and excitingly it is a mystery that I hope that eventually I shall be able to solve. Although there is no doubt that South China tigers did visit Hong Kong on many occasions, it is very tempting to speculate that the unfortunate creature that was shot in 1941 was, indeed, a captive animal which had been released in the area by the occupying Japanese forces as a crude - but remarkably successful - piece of psychological warfare.
Posted by Jon Downes at 8:31 PM No comments:

Posted by Andrew May at 1:19 PM No comments: 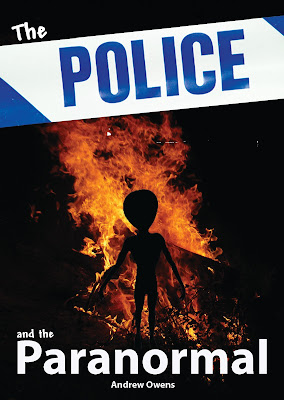 Police officers are widely regarded as amongst the most highly credible of eyewitnesses. And yet here they risk professional ridicule by revealing their otherworldly encounters with things that shouldn’t exist - but do.

* Crime Scene Investigators sift through the grisly remains of Cattle Mutilations and Spontaneous Human Combustion - and reach some startling conclusions
* Police officers’ spine-chilling encounters with ghosts, and some who have set up their own paranormal research teams.
* A Constable is hypnotised to recount his alien abduction
* Detectives enlist psychics to help crack murder cases
* Patrols see panthers and pumas at close quarters
* A Detective reports the longest-ever sighting of Nessie
* Officers’ close encounters of the first kind, second kind, third kind and deadly kind

Gathered together for the first time, this unique collection of true-life encounters between the police and the paranormal is utterly compelling and highly believable, suggesting that the long arm of the law extends way beyond this world and into the next.

On this day in 1922 Howard Carter opened the tomb of Tutankhamun to the public. Some say the tomb was cursed, “poppycock!” I say (mainly because it gives me the excuse to say ‘poppycock’ as if I were in some Victorian gentleman’s club with high-backed leather chairs and one of those large globes that opens up to reveal a selection of classy drinks like Brandy, Port and Tizer).
And now the news:

The opening of the tomb was probably nothing like this clip from Count Duckula:
http://www.youtube.com/watch?v=EAspm86NDcE
Posted by Jon Downes at 11:54 AM No comments:

http://cryptochick.blogspot.com/2011/11/enigmas-by-pablo-neruda.html
Posted by Jon Downes at 11:51 AM No comments: 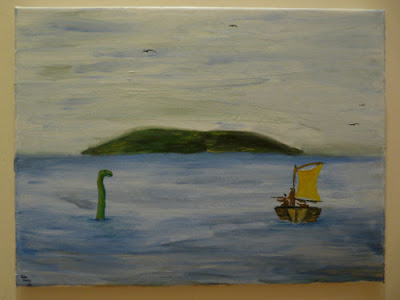 Hutchinson’s sea serpent: Cryptozoology Orkney
is the first in a series of paintings of Scottish Sea Serpents by Glen Vaudrey.

It is for sale on eBay, but it looks probable that a set of signed prints of the whole series will be available later in the year...

RE THE WHALES IN THE DESERT STORY 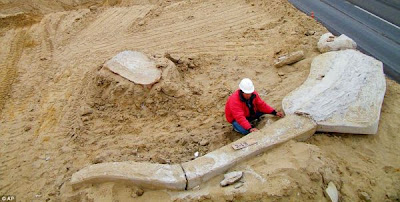 With regards to yesterday's story about whales in the desert. It turns out that the whales were fossil and the desert was in Chile.

Thank you to Lawrie, Jan and Marilyn for enlightening me...
Posted by Jon Downes at 11:31 AM No comments:

posting on Everything on the Mini-Rex/Neodinosaurs/Reptillian-Chupacabras all in one place:
http://frontiersofzoology.blogspot.com/2011/11/american-neodinosaurs-aschupacabras.html