Your writer has somewhat remiss.

I pledged to take photographs of all of the gorillas on the 2017 Monkey Town and then upload them on the CFZ bloggo for anyone who was interested to look at.

And then my phone that had the photos inside broke. Because I dropped it.

But I have managed to find copies of some and here they are... 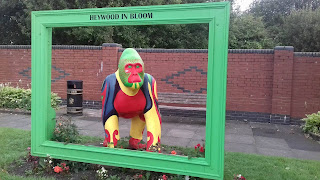 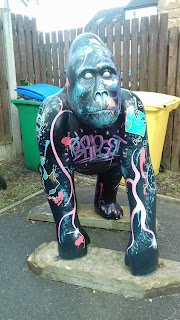 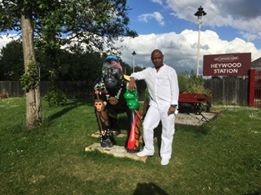 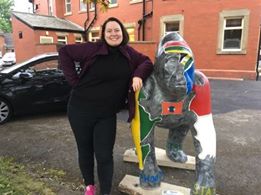 Picture three can still be seen from Queens Park Road as St Luke's Primary School have located it in their Peace Garden by the road.

Patheos (blog)
Claudia Ackley didn't just claim to see Bigfoot in my town—which is not traditionally associated with the controversial creature believed by mainstream scientists to be a myth—she's actually suing the state of California for not acknowledging (and therefore not protecting) the species. The bipedal ...
Posted by Jon Downes at 3:20 PM No comments:

Oldham Chronicle
A total of 11 sightings – all including picture or video evidence – were recorded and short-listed by Gary Campbell, who keeps the official register of sightings of the Loch Ness Monster. Voting is now open to decide the best encounter from the entries submitted for the annual competition, which is ...
Posted by Jon Downes at 2:43 PM No comments:

Sci-News.com
Scientists have produced the first high-quality genomic sequence for the Tasmanian tiger (Thylacinus cynocephalus), also known as the thylacine. ... “As this genome is one of the most complete for an extinct species, it is technically the first step to 'bringing the thylacine back', but we are still a long way ...

Posted by Jon Downes at 1:28 PM No comments:

ON THIS DAY IN - 1815 - Napoleon Bonaparte escaped from the Island of Elba. He then began his second conquest of France.
And now some more recent news from the CFZ Newsdesk