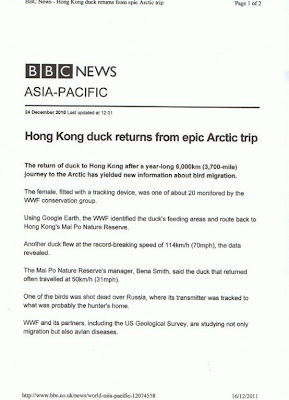 Posted by Jon Downes at 5:40 PM No comments: 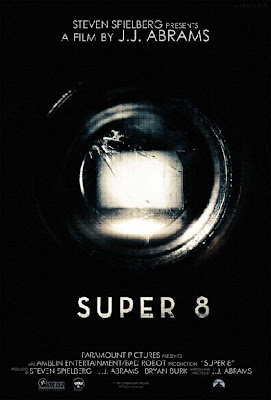 I first heard about Super 8 when I saw a teaser trailer for it at the cinema and then promptly forgot all about it. It just looked like another generic alien/monster movie. However, as the release date came closer and more information of the film released, it seemed that my first impressions may have been a little too hasty; there may have been more to the film than I first gave it credit for.

The plot centres on a group of young friends from a small Ohio town who are trying to make a monster movie. As they film one scene on a small railway platform, they witness a pickup truck crash through the barriers and into a military train causing it to derail. Gathering their movie making equipment, they run from the scene glad to be alive. As they come to terms with narrowly escaping death, they notice a series of strange occurrences start happening and before long, realise that not only did their camera capture the crash, it also captured part of the train’s cargo escaping.

Directed by man of the moment, J.J. Abrams, and produced my Mr Spielberg, most people would think this would be a big budget action adventure film. Although the budget bit would be right, the rest is less so. Super 8 follows the relationships of the children and uses the escaped alien/monster from the train wreck as a vehicle to do this. In this way, Super 8 is almost two films, a coming of age drama about a group of children and an alien/monster film. As you watch the film progress, you soon realise the emphasis is placed more on the social relationships between the children rather than finding the alien/monster and this is where the film tries to become more endearing to you but instead becomes slightly confusing as the children try to deal with growing up and finding an alien at the same time (which they manage to do and in typical Hollywood style by the end of the film). This is a shame as you almost feel that each part needs their own independent film to do their respective stories justice. The story aside, the acting and direction (for each film) are brilliant throughout and you do start to become engrossed in the characters. This is up to the point where the alien/monster attacks and then you want to know what is going on there but this is left so that all emphasis is back on the children. One feature I particularly liked was that when the alien/monster attacks, you never really get to have a good look at it until the end so much is left to your own imagination for the majority of the film.

Apart from appearing to be two separate films, Super 8 also appears to be a homage and amalgamation of Spielberg films from 1980’s. This is no bad thing as Super 8 becomes a fairly decent all round family film with a feel that reminds you of movies such as E.T., Stand By Me and The Goonies. If you are a fan of these types of films, you will definitely enjoy this. 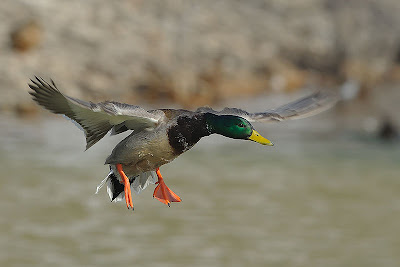 Millions of ducks, geese, swans and waders escaping the Arctic winter in northern Europe, Siberia, Greenland and Canada head for our shores, making the UK one of the most important European countries for wintering waterbirds. However, there are signs of dramatic changes for some wetland birds, including the Mallard: the UK winter populations of several species have exceeded previous maxima, while others have fallen to an all-time low. The latest population figures on wetland birds (and a host of other species) are published in the State of the UK's Birds 2011 report. The report provides a 'one-stop-shop' for the results of bird surveys and monitoring schemes and projects from across the UK from as recently as 2010.

Read on...
IMAGE: http://en.wikipedia.org/wiki/File:Mallard_in_flight.jpg
Posted by Jon Downes at 5:04 PM No comments:

On this day in 1950 the Peak District became the first National Park in the UK.
And now the news:

Czech national's attempt to take 247 animals on pl...
Drones used to track Japan whaling fleet
Yellowstone ecosystems - reintroduction of wolves
Hope for species as rare Sumatran rhino is capture...
Kepler Mountains home to rare bat colony
The great bustard is back in the south-west after ...
Two spring and no summer, but British wildlife ada...

Arial photography via kite in the Peak District (this video is so British it hurts) :
http://www.youtube.com/watch?v=jFWaJyLvY0w
Posted by Jon Downes at 3:21 PM No comments:

CFZ CANADA: My name is Matthew, and I blame Minden, Ontario for my fear of Sasquatch. 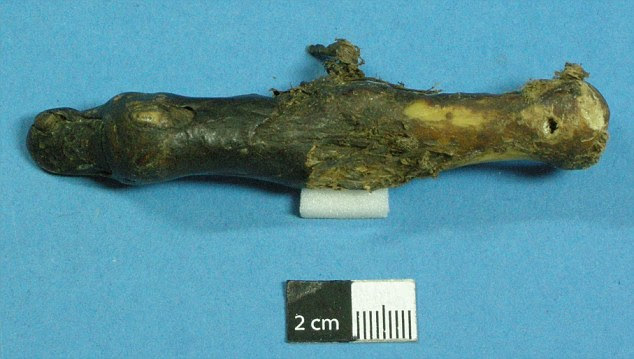 According to the BBC:

The finger is of human origin, according to Dr Rob Jones, senior scientist at the Zoological Society of Scotland.

"We have got a very, very strong match to a number of existing reference sequences on human DNA databases.

"It's very similar to existing human sequences from China and that region of Asia but we don't have enough resolution to be confident of a racial identification."

DALE DRINNON: The latest on 'Cedar and Willow'

I'd like to thank all of the people thayt looked in on the last Cedar and Willow posting on Tommy and Chickie, the current count on that is 90 page views over the wekend, which is good for that blog. It must be the "Men are from Mars, Women Are From Venus" poster. Or probably more likely the Masters of the Universe part. Anyway, today's blog is a followup Tom and Chickie blog which connects them up to Cedar and Willow in the 1800s and includes a pasteup representation for the early 1990s FRPG game set that included Tom and Chickie as characters:

Probably later I shall go on and on about the plots of those games, their gear and so on. I must belong in ordinance because one of my favourite part of doing role-playing games is keeping track of the gear the characters are using (Chickie reaches into her bag and pulls out her revolving-drum multiple- grenade launcher and sends an incendiary into the following humvee "We're outta here!" yells Tom "Whenever EITHER the Arabs or Israelis get a whiff of that where we are now, they'll be all over us like a swarm of bees!")
Posted by Jon Downes at 12:55 PM No comments: