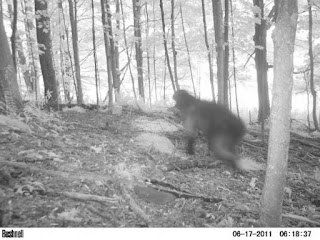 http://karlshuker.blogspot.co.uk/2012/09/the-two-headed-kestrel-that-came-home.html
Posted by Jon Downes at 10:28 AM No comments:

Lake Merritt is a wildlife refuge dating from 1870 I believe. It is home to  fish, crabs, sponges, copepods, tubeworms, water and land birds, and lots of other wildlife. You can find out more here :http://www.lakemerrittinstitute.org/index.htm


But is it also home to a monster? The stories surfaced in  2007 of a creature in the shallow lake(about 11 feet deep, 3.5 metres) and went on for a couple of years see here:
http://oaklandnorth.net/2011/06/22/is-there-a-monster-in-lake-merritt-scientist-says-yes/

A hoax was said by most but then someone uncovered stories from 1940s and 1950s in the local newspaper.

“Sooner or later every loch must have its monster. Today we give you the Lake Merritt MONSTER! The legend, which some go so far as to disbelieve, dates back to that far-off time when turgid streams snaked their way down from the hills to form San Antonio creek. On a day of untold lightnings and unseemly thunderings...a vast, slimy amphibious creature slithered along one of these water courses, waded along the creek till he came to the estuary, and hollowed out with a fillip of his tail the basin that later became Lake Merritt.”– J. Burroughs, Oakland Tribune - June 21, 1946
There are various recent reports from people who say  they have seen the creature and they tell that  that sightings begin with a slow roiling bubble on the surface of the lake. Then a dragon’s head attached to an eel-like body with undulating humps appears. The sighting usually lasts a few seconds then the creature  submerges with more bubbles.

The Lake Chalet bartender, Laurance Alvarado claims to have seen the beast more than once. “I remember the first time I saw it. It went in and out of the water, then disappeared. It was literally right there, I could’ve thrown a stone at it.” Alvarado described the creature  as  8/9 feet long ( just less than 2  metres). He also says, “It wouldn’t surprise me at this lake, some mutant thing.”

However there is another story about the lake , about the mermaid that was said to live there in the 1800s. She was a beautiful woman , half fish and sightings of her form persisted for many years but petered out. In the 1880’s Oakland City’s untreated sewage was dumped in the lake and many said that had killed the mermaid.

Could the Lake Merritt Mermaid and the Lake  Merritt Monster be the same thing that was seen. Possibilities include  a large fish, a salamander or something like a manatee or seal that was stranded or dumped there? It is interesting that since the lake has been cleaned the stories of a creature in the lake also re –emerges. So what do you think monster, mermaid or hoax?
Posted by Jon Downes at 10:21 AM No comments: 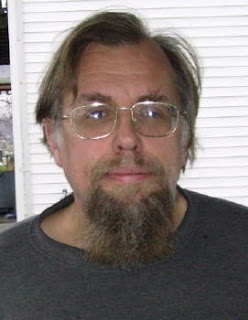 New at Frontiers of Zoology, reprint from a Facebook update that was just posted on my timeline:


http://frontiersofzoology.blogspot.com/2012/09/apple-snitchers.html
and Oh yeah-earlier in the AM, I DID post a lot of photos of Hayden Panettiere due to pressure from multiple fan requests and so that probably counts for SOMETHING!
http://cedar-and-willow.blogspot.com/2012/09/more-on-hayden-panitterre.html
Posted by Jon Downes at 9:59 AM No comments:

Here comes the weekend! I am awaiting the arrival of my darling younger stepdaughter today, so for much of today I shall have my stepdad hat on rather than my music journalist one. However, I have still managed to cobble together some interesting stuff for you all..


I have found a new source of record reviews, and in a lovely bit of happenstance there are two Gonzo records reviewed by him today. The first is the smashing new 4CD set by Jefferson Starship..
http://gonzo-multimedia.blogspot.com/2012/09/link-album-review-jefferson-starship.html

The second is the smashing new live album by the alternative Yes..
http://gonzo-multimedia.blogspot.com/2012/09/link-album-review-anderson-bruford.html

Michael Des Barres writing about Led Zeppelin eh? That's a combination to thrill you. When Michael Des Barres writes like this, I am reminded (as if any reminder was necessary) why I hold the man in such esteem..
http://gonzo-multimedia.blogspot.com/2012/09/michael-des-barres-writing-about-led.html

About a week ago I posted a link to the new single by my old mate Paul Whitrow, and jolly good it is. He is also something to do with the Brisfest festival up in Bristol. This year's event featured Hawkwind and De La Soul amongst others...
http://gonzo-multimedia.blogspot.com/2012/09/hawkwind-at-brisfest.html

A look at Jon Anderson's first solo album back in the day. It is whispered that a sequel is in the works...
http://gonzo-multimedia.blogspot.com/2012/09/link-yes-solo-album-series-jon-anderson.html

I like the Beach Boys, I have always liked the Beach Boys, and was particularly happy when - earlier this year - the surviving members of the original line-up reunited and made a smashing album which reaffirmed one's faith in human nature. That's why God made the Radio is a lovely record, and had Brian Wilson's fingerprints all over it. It has the same DNA as Smile, Pet Sounds, and the other bona fide classics that Wilson has masterminded over the years. Now, in a surprise move, Mike Love has kicked Brian, Al and David Marks out of the band.
http://gonzo-multimedia.blogspot.com/2012/09/beach-boys-split-again.html

And finally, we take our daily visit to the singular universe of Thom the World Poet:
http://gonzo-multimedia.blogspot.com/2012/09/thom-world-poet-daily-poem_29.html


The Gonzo Daily is - as the name implies - a daily online magazine (mostly) about artists connected to the Gonzo Multimedia group of companies. But it also has other stuff as and when the editor feels like it. The Editor is an old hippy of 53 who - together with his orange cat - puts it all together from a converted potato shed in a tumbledown cottage deep in rural Devon. He is ably assisted by his lovely wife Corinna, his bulldog/boxer Prudence, and a motley collection of social malcontents. Plus.. did we mention the orange cat?
Posted by Jon Downes at 9:52 AM No comments: