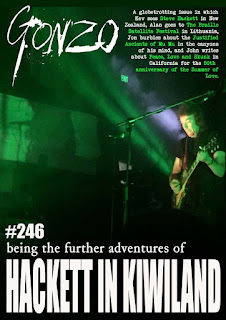 ON THIS DAY IN - 1806 - The Holy Roman Empire went out of existence as Emperor Francis II abdicated.
And now some more recent news from the CFZ Newsdesk