I truly cannot believe that my darling niecelet Rosie is now 21. It makes me feel very old and decrepit.

Much love and blessings to you my dear.
Posted by Jon Downes at 3:22 PM No comments:

Even modest oil exposure can harm coastal and mari... 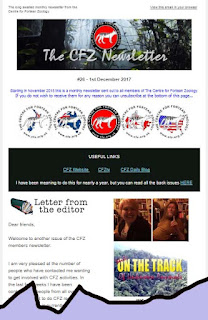 For those of you not in the know, at the beginning of each month we send out a newsletter to all members of the CFZ. The most recent (which went out earlier this afternoon) included articles on OTT, a controversial bigfoot hotel, a bird with fur,  an invisible bird, a French crocodile, Patreon, early chupacabras hoax, a vintage mystery cat,  a new book on vampires, Notes and Queries etc.

If you want to view a sample issue click here: http://tinyurl.com/pw7rw9l
Posted by Jon Downes at 4:30 AM No comments:

Halloween Special from the Crypto-Kid. Big Announcement for the CFZ

I had a wonderful time last night with my mystery guest, Jon Downes. We discussed the folkloric origins of Halloween and some of the holiday’s most popular monsters. Jon and I also made an exciting new announcement concerning the Centre for Fortean Zoology.

If you missed the show live, you can listen to the archives here: https://www.mixcloud.com/cyndi-johnpier/crypto-kid-with-colin-schneider_20171030_jonathan-downes/ 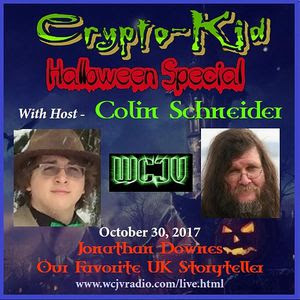 Posted by Colin Schneider at 4:30 AM No comments:

ON THIS DAY IN - 1512 - Michelangelo's paintings on the ceiling of the Sistine Chapel were first exhibited to the public.
And now some more recent news from the CFZ Newsdesk