Bigfoot Evidence
Parabreakdown takes a look at a recently released photo of a possible bigfoot standing, or walking, next to a treeline. Apparently. The owner of the ...

Is There A Bigfoot Body Stored At Area 51?
Bigfoot Evidence
... of global urban legend. But what is the truth? What are they hiding from public eye there? Could a bigfoot body be stored there along side aliens?

Times Are Hard For An Out of Work Bigfoot (Video)
Before It's News
Check out this funny commercial pitch for godaddy.com by Jason Francois and Jae Staats. What's a bigfoot to do when the scaring campers gig isn't ...

Couple In Michigan Get Bluff Charged By A Bigfoot (Video)
Before It's News
On a hot summer night, a couple in Michigan got the fright of their life while enjoying the view of an overlook on the hood of their car. Something was in ...
Posted by Jon Downes at 6:06 PM No comments:

Posted by Jon Downes at 6:03 PM No comments:

Posted by Jon Downes at 6:02 PM No comments: 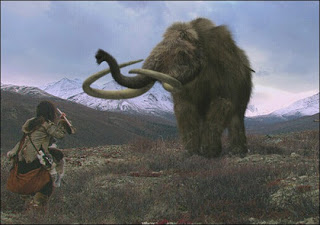 THE GONZO BLOG DOO-DAH MAN BELIEVES THE WORLD IS FLAT

ON THIS DAY IN 1302 - The characters Romeo and Juliet were married this day according to William Shakespeare.
And now some more recent news from the CFZ Newsdesk