21. Belize
Today we find ourselves in the only country in Central America where the official language is English; hardly surprising when you consider that until 1981 Belize was called British Honduras. Aside from this change of name, what else do we know about the country? Well, there are reports of a cryptid: the Sisemite.

The Sisemite is at first just another example of one of those large mystery primates that seem to be found in the depths of unexplored forests. In 1915 author George Gordon would write about the creature that it was said to be taller than a man, with hair so matted that it was capable of stopping a bullet. The creature was also said to be able to reverse its feet and leave a misleading track for any hunter trying to follow it. Certainly many supernatural creatures have feet that face the wrong way but if this creature has its basis in fact could it be that the Sisimite is not a primate at all, nor a hominid; could it be founded on memories of the ground sloth?
Posted by Jon Downes at 8:34 PM No comments:

Cornell has released online a video that is the only known photographic record of the presumed extinct Imperial woodpecker:
http://www.allaboutbirds.org/Page.aspx?pid=2314 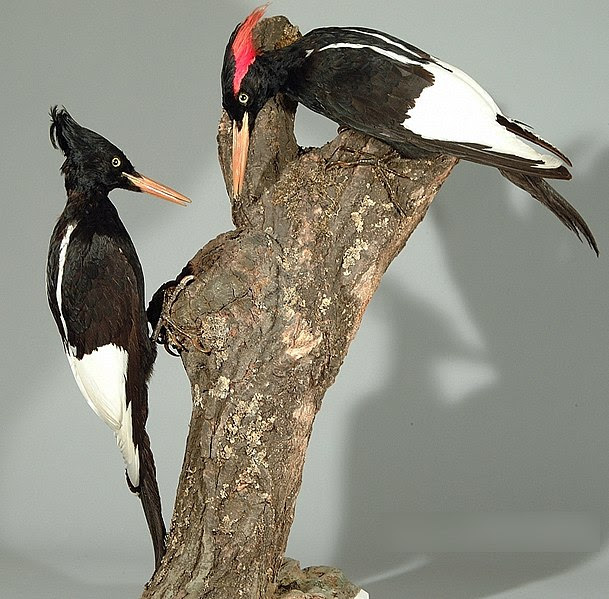 On this day in 1948 Paul Müller was awarded the Nobel Prize for his discovery of DDTs insecticide properties. Unbeknownst to him this would have consequences in poisoning creatures further up food chains resulting cancer and the near extinction of many bird species.
And now the news:

The bald eagle was one of the species nearly wiped out by DDT:
http://www.youtube.com/watch?v=hecXupPpE9o
Posted by Jon Downes at 12:14 PM No comments:

Another New News Item on the Frontiers of Anthropology blog, continuing the Saga of Sundaland and the Survivors that went out of it: