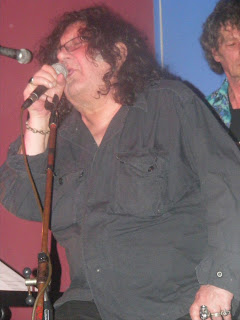 People always say that they they know where they were when they heard the news that Elvis had died, or when they heard of John Lennon's assassination. I will always remember where I was when I heard that Mick Farren had died - I was in Brighton, on my way to see him. I had telephoned both his home and mobile numbers, and when I got no reply I telephoned Graham, my oppo back in North Devon, to see if there was an email from Mick changing our appointment. He told me that he had received two or three unconfirmed reports that Mick had collapsed on stage last night. I asked him to try and find out some more details for me to see if there was anything I could do.

Half an hour later he telephoned me saying that Helga Colquhoun had emailed me confirming that Mick had died without regaining consciousness. It goes without saying that we are all completely devastated.

Because Gonzo recently became The Deviants record label, we received a considerable number of inquiries asking for news. As some of the initial reports implied that Mick was alive in hospital, I asked Graham to find out as much information as possible for me, which he did tactfully and kindly. I would like to thank him publically for all he did in regard to this difficult situation in my absence.

Bob Dylan once said about Johnny Cash "You could set your compass by [him], no matter where you were, he was always heading in the same direction, steady and true..." I would like to say the same thing about Mick Farren

I am not going to claim that Mick Farren and I were friends. I only met him once, and had about three enjoyable telephone conversations as well, but I like to think that he and I would soon have become friends. Because Mick was everything that I aspire to be. A massively principled man with the heart of a revolutionary, a childlike and wicked sense of humour, an immense talent and a social conscience second to none. His version of that much maligned term anarchism, and mine, were and are almost identical. Above all he was a kind, ethical and gentle man, whom - one would suspect much to his amusement - my late father would have described as very much a gentleman. I had great love and respect for him, and I hope that in the weeks, months and years to come, as part of Gonzo Multimedia we shall help bring his invaluable work, and inspirational legacy to new generations. 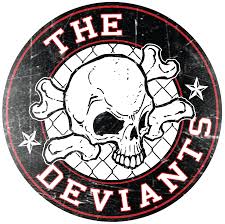 When I Am Dead, My Dearest
When I am dead, my dearest,
Sing no sad songs for me;
Plant thou no roses at my head,
Nor shady cypress tree:
Be the green grass above me
With showers and dewdrops wet;
And if thou wilt, remember,
And if thou wilt, forget.
I shall not see the shadows,
I shall not feel the rain;
I shall not hear the nightingale
Sing on, as if in pain:
And dreaming through the twilight
That doth not rise nor set,
Haply I may remember,
And haply may forget.
~Christina Rossetti

Posted by Jon Downes at 3:31 PM No comments:

We got back late last night from our trip to Sussex and Kent. We filmed Judy Dyble and other performers at the Summer of Love Festival, but as you all know by now, we didn't have our meeting with Mick Farren. I have turned all of today's Gonzo blogs over to Mick, because although I have been writing about rock musicians for thirty plus years now, it is very seldom that I have written about, let alone become friendly with, someone who actually did manage to change the world just a little bit.
Another visit to our old friend Thom the World Poet.
http://gonzo-multimedia.blogspot.com/2013/07/thom-world-poet-daily-poem_29.html

*  Jon Downes, the Editor of all these ventures (and several others) is an old hippy of 53 who - together with his orange cat (who is currently on sick leave in Staffordshire) and two very small kittens (one of whom is also orange) puts it all together from a converted potato shed in a tumbledown cottage deep in rural Devon which he shares with various fish, and sometimes a small Indian frog. He is ably assisted by his lovely wife Corinna, his bulldog/boxer Prudence, his elderly mother-in-law, and a motley collection of social malcontents. Plus.. did we mention the orange cat?
Posted by Jon Downes at 2:00 PM No comments:

On this day in 2004 Professor Francis Crick, one of the co-discoverers of the molecular structure of DNA, died.
And now the news:


When you search for DNA on youtube you get a horrid song by a crap band called Little Mix who quite frankly sound like they've been gargling with hot chip fat, so I decided to cleanse my ears with a good song afterwards... Here is the good song:
http://www.youtube.com/watch?v=NAbZzdalZh4
Posted by Jon Downes at 11:01 AM No comments: