Posted by Jon Downes at 3:27 PM No comments:

It was a pretty horrid weekend, but some nice things happened ...like this
Posted by Jon Downes at 3:27 PM No comments:

During the recent unpleasantness, I was complimented by an acquaintance on Facebook for the 'gracious' manner in which I handled it. That compliment was very welcome, and made me think. Made me think HARD!Maybe that just means that at the young age of 55 that I have finally grown up. With hindsight I am mildly ashamed of the way that I have behaved after business disputes with erstwhile colleagues and friends in the past. Maybe said colleagues/friends WERE ill bred guttersnipes with the commercial morals of 19th Century grave robbers. Maybe another ex colleague DID have all the subtlety of a fat (and very unconvincing) transexual prostitute who tried to accost Graham and me one night in a bar in Mexico. But there was no need for me to have pointed these salient facts out to them. So I am sorry, and would like to apologise to anyone who I have insulted in the past half century or so, and would like to make this pledge: The very next time that I have to deal with a pair of third rate wastrels who I would quite happily maroon on a desert island with only a troupe of chacma baboons hopped up on Methamphetamine hydrochloride for company, I will treat them with nothing worse than cold politeness and well bred contempt. Or at least I shall try.
MIKE DAVIS: Love Again
http://gonzo-multimedia.blogspot.co.uk/2014/06/mike-davis-love-again.html
A Drum God, Juno Jammers and Superheroes: Conversation with Terry Bozzio
http://gonzo-multimedia.blogspot.co.uk/2014/06/a-drum-god-juno-jammers-and-superheroes.html
Gonzo Records releases a Captain Beefheart 1980s bootleg
http://gonzo-multimedia.blogspot.co.uk/2014/06/gonzo-records-releases-captain.html
THOM THE WORLD POET: The Daily Poem
http://gonzo-multimedia.blogspot.co.uk/2014/06/thom-world-poet-daily-poem_30.html
GONZO TRACK OF THE DAY: Steve Ignorant:Bloody Revolutions
http://gonzo-multimedia.blogspot.co.uk/2014/06/gonzo-track-of-day-steve-ignorantbloody.html
Grammy-winning rock band YES to perform at Tioga Downs on July 5
http://gonzo-multimedia.blogspot.co.uk/2014/06/grammy-winning-rock-band-yes-to-perform.html
The latest issue of Gonzo Weekly (#84) is here to read or download at www.gonzoweekly.com. It has Mick Abrahams on the front cover and features an exclusive interview with this legendary guitarist who amongst other things founded both Jethro Tull and Blodwyn Pig. It also has a letter from Daevid Allen in hospital, Echo and the Bunnymen live, an archive chat between Tim Rundall and Mick Farren and Keith Levene remembering his days as guitarist in The Clash. There are also new shows from Friday Night Progressive, and from the multi-talented Neil Nixon at Strange Fruit and a collection of more news, reviews, views, interviews and boxing kangaroos (OK, no pugilistic marsupials, but I got carried away with things that rhymed with OOOOS) than you can shake a stick at. And the best part is IT's ABSOLUTELY FREE!!!
The full list of artists featured is: Mick Abrahams, Yes, Jon Davison, Rick Wakeman, ABWH, Jon Anderson, Allman Brothers, Lana del Rey, Kurt Cobain, Frances Bean Cobain, Prince, Iron Maiden, Bruce Dickinson, Robert Plant, Daevid Allen, Michael des Barres, Hunt Emerson, Keith Levene, Auburn, Liz Lenten, Atkins-May Project, Clepsydra, Renaissance, Galahad, Eric Burdon, Elvis Presley, Strange Fruit, Friday Night Progressive, Felix Dennis, Eli Wallach, Gerry Conlon, Teenie Hodges, Bobby Womack, Clearlight, Rocket Scientists, Aviator, Ant-Bee, Steve Hillage, Erik Norlander, The Ghost of a Sabre Tooth Tiger, Neil Young, Echo & the Bunnymen, Mick Farren, Hawkwind, Miley Cyrus, Justin Bieber, Beatles, Erasure, Osmonds, One Direction, Spice Girls, Ozzy Osbourne, Monkees, Alice Cooper, Weird Weekend, Gazpacho, Subject to Thoughts, The Symphony of Screams, Nine Treasures
Read the previous few issues of Gonzo Weekly:
Issue 83 (Stonehenge cover)
http://gonzo-multimedia.blogspot.com/2014/06/gonzo-weekly-83.html
Issue 82 (Pam Windo cover)
http://gonzo-multimedia.blogspot.com/2014/06/gonzo-weekly-82.html
Issue 81 (Pam Windo cover)
http://gonzo-multimedia.blogspot.com/2014/06/gonzo-weekly-81.html
Issue 80 (Spirits Burning cover)
http://gonzo-multimedia.blogspot.com/2014/05/gonzo-weekly-80.html
All issues from #70 can be downloaded at www.gonzoweekly.com if you prefer. If you have problems downloading, just email me and I will add you to the Gonzo Weekly dropbox. The first 69 issues are archived there as well. Information is power chaps, we have to share it!
To make sure that you don't miss your copy of future issues make an old hippy a happy chappy and subscribe
http://eepurl.com/r-VTD
*  The Gonzo Daily is a two way process. If you have any news or want to write for us, please contact me at  jon@eclipse.co.uk. If you are an artist and want to showcase your work, or even just say hello please write to me at gonzo@cfz.org.uk. Please copy, paste and spread the word about this magazine as widely as possible. We need people to read us in order to grow, and as soon as it is viable we shall be invading more traditional magaziney areas. Join in the fun, spread the word, and maybe if we all chant loud enough we CAN stop it raining. See you tomorrow...

*  Jon Downes, the Editor of all these ventures (and several others) is an old hippy of 54 who - together with an orange kitten named after a song by Frank Zappa puts it all together from a converted potato shed in a tumbledown cottage deep in rural Devon which he shares with various fish, and sometimes a small Indian frog. He is ably assisted by his lovely wife Corinna, his bulldog/boxer Prudence, his elderly mother-in-law, and a motley collection of social malcontents. Plus.. did we mention the orange kitten?
Posted by Jon Downes at 2:59 PM No comments: 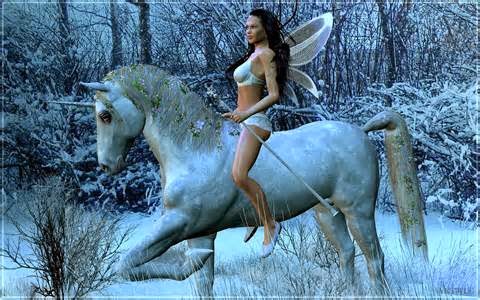 On this day in 1908 the Tunguska event occurred in Siberia. Entire books (of varying quality) have been written about the Tunguska event and it's possible cause, so it is difficult to explain in a sentence but essentially it was a big massive explosion that lit up the night sky as far away as Britain. But that doesn't do the sheer magnitude of the event justice, if you'd like to know more here is a decent starting point:
http://en.wikipedia.org/wiki/Tunguska_event

A clip from a History Channel documentary about Tunguska (they'll probably conclude it was caused by ancient aliens or something knowing that channel) :


http://en.wikipedia.org/wiki/Tunguska_event
Posted by Jon Downes at 9:00 AM No comments: