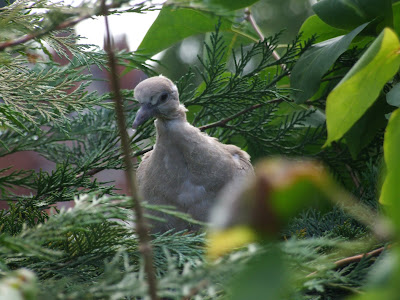 Baby pigeons are the most ridiculously unprepossessing animals. They also emit the most peculiar wheezing noise, and one memorable year my ex-wife had (I think) eight of them in various stages of fledgedness after she had rescued them.

This young fellow was photographed by John and Dawn of the Haunted Skies project, just prior to its maiden flight from a tree in the garden of their house in the West Midlands. 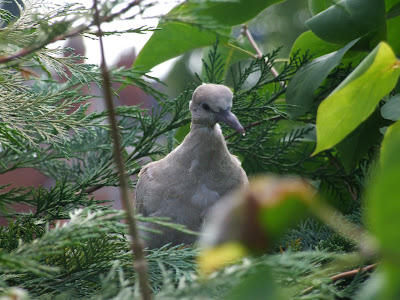 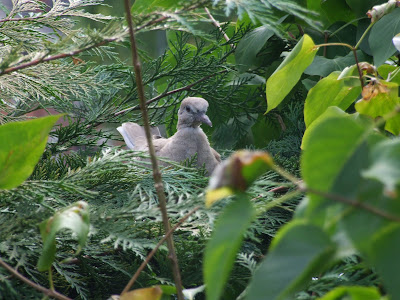 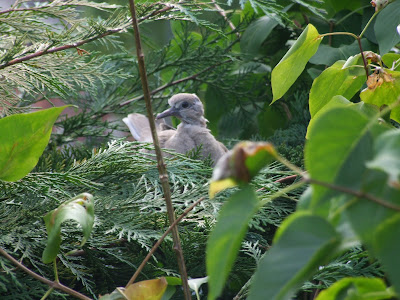 ANOTHER OUT OF PLACE INSECT? 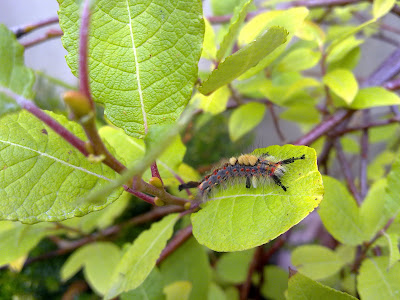 The White-marked Tussock Moth is a common native of North America, living throughout the eastern U.S. and Canada. The caterpillars feed on a range of host plants including birch, cherry, apple, oak, and even some coniferous trees like fir and spruce.

White-marked Tussock Moths produce two generations each year. The first generation of caterpillars emerge from their eggs in spring, and feed on foliage for 4 to 6 weeks before pupating. In two weeks the adult moth emerges from the cocoon, ready to mate and lay eggs. The cycle is repeated, with the eggs from the second generation 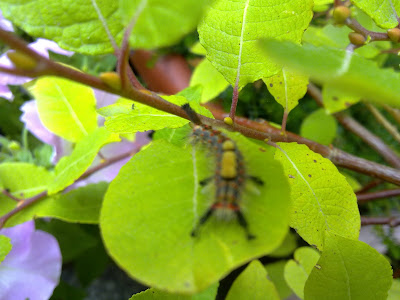 Kelly Williams from Northumberland believes that she has discovered vagrant specimens of this exclusively New World species in her garden.

I've attached the photos of the first caterpillar I found (pics 1,2 & 3); on closer inspection/comparison, it may well be the same caterpillar. The tussocks look longer on the one found yesterday (pics 4 & 5) and darker in colour but this could be because it 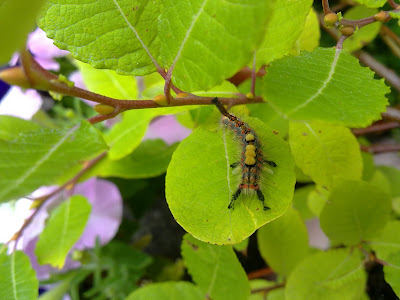 is maturing. I'm not sure, although it has inspired me to invest in a couple of butterfly and moth books so I can investigate a little more.

The pictures of the new one aren't fantastic but I'll get some more this afternoon. It was again found on the patio salix I have growing in a pot in my back yard.

I live in Lynemouth village in Northumberland, and only moved into the property last October so this is my first spring/summer here. The previous owner 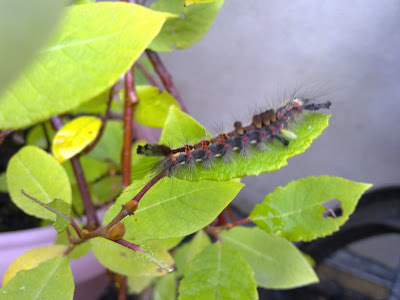 had nothing in the way of plant life in the yard that I can ever recall, as it was my friend's, father's property for over 35 years. Thanks for your time. 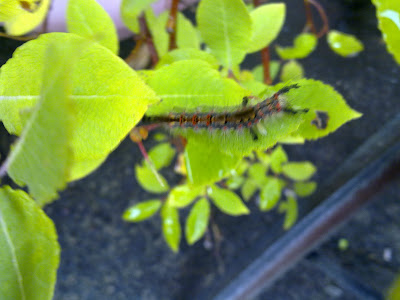 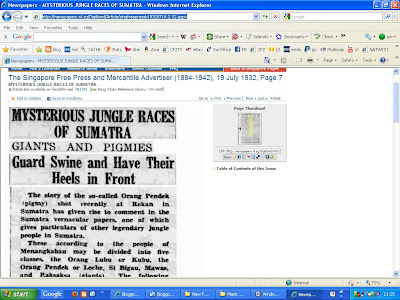 This cutting from the Singapore Free Press and Mercantile Advertiser, 19 July 1932, Page 7 can be accessed at the link below....

Birds are renowned for their psychic abilities. Mrs H, for example, always seems to know when I'm pinching things from the fridge or about to purloin a tenner from her purse.

Seriously, though, birds – the feathered variety - do seem to possess a sixth sense and an uncanny ability to predict the future. On September 10, 1816, a remarkable event occurred that supports this notion.

At that time there stood a rather ugly edifice at Byker Hill, Newcastle; a corn mill with huge iron wands that dominated the landscape. The wands were sturdy but not sturdy enough to withstand the attentions of a "tremendous hurricane" wending its way across North Tyneside. The "geet wind" (translation: stiff breeze) blew the wands off and no doubt caused great consternation to anyone who happened to be standing underneath them. Ironically, this was the third time in less than two years when a "geet wind" had dislodged the wands from their housings.

Simultaneously, other buildings throughout Newcastle were also succumbing to the hurricane. Many fell down, some lost their roofs and a few suddenly found themselves without their satellite dish. Or would have done, had satellite TV been invented then. Which it wasn't. Or at least, I don't think so.

Now at the end of Westgate Street, in the westerly corner of the vicarage garden, there stood an ash tree of great antiquity. For decades the tree had played host to rooks, who found the tree to be a particularly attractive nesting spot. However, on the morning of the "geet wind" the rooks all flew their nests and departed. Locals were dumbfounded for these rooks had lived there as far back as anyone can remember.

But then the "geet wind" blew the ash tree down, and the locals knew that the birds must have sensed something. It seems extraordinary that the rooks should have taken flight just before the tree was blown over after spending so many happy years there. Psychic? Or was this merely an incredible coincidence?

Answers on a post-card, please, and address your correspondence to "The Geet Wind Disaster of '16"…which is not to be confused with the "Great Bee Swarm of '33", the "Great Fly Invasion of '33", the "Terrible Cockroach Incursion of '56"…etc. etc., all of which are part of Geordie Cryptozoological history.
END
Posted by C-E B at 6:01 PM No comments:

On this day in 2003 Sheb Wooley died. Sheb is probably best remembered as the writer and singer of The Purple People eater and his acting roles in High Noon and Rawhide.

What is less widely known is that he voiced the 'Wilhelm scream.' The scream is a stock sound effect that appears in over 300 films, TV shows and video games. It started off in the 1950s as the standard sound effect to dub over the action when a character was shot by an arrow or fell down a pit to their doom and was revived by George Lucas for the Star Wars and Indiana Jones films as an in-joke. The scream has since been used many more times by people making reference to the in-joke in their own media. Recently it appeared in Red Dead Redemption and Grand Theft Auto IV as well as the films Iron Man 2, Up, Enchanted and The Mist. And now, the news:

I wonder if they have a cat theatre (warning: SERIOUSLY unwholesome-looking chap in this vid) : 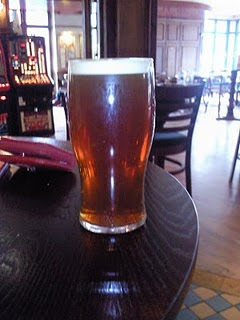 This is no ordinary pint. Nay, this is a crypto-pint. As we wish Shosh and Gavin well for their forth-coming nuptuals, and wave the boss (and Jon) bon voyage for a few days, CFZ HQ temporarily becomes the Edwin Waugh pub in Heywood, Lancashire. And the Edwin Waugh sells crypto beer.

I'd best explain: my internet is down, the library disdainfully shuns users in need of a functioning USB port, and the Edwin Waugh have free wifi. Booze is just a bonus, and I shall be partaking of a different cryptozoological beverage with each editorial - it's hard work but someone must do it.

Today's pint is the intriguingly-named Wobbly Bob from Heywood's very own Phoenix Breweries. Cheers!
Posted by C-E B at 5:55 PM No comments: