There have been theories put forward that cryptids are Tulpas. So what is a tulpa?

A tulpa is a thought form , a manifestation of mental energy, A being or object created out of thought that sometimes manifests in the “real world” so that others can see it, interact with it .Some people have found that Tulpas tend to reflect the worst of the person .The petty fears, desires and anger that we all bury inside ourselves can come out  in the Tulpa.

What evidence is there for their existence?

When Alexandra David-Neel journeyed through Tibet, one of the many techniques she studied was that of tulpa creation. A tulpa, according Tibetan doctrines, is an entity created by an act of imagination. David-Neel decided to try to create one. Her tulpa began its existence as a plump, benign little monk. Then the apparition  slipped from her conscious control. She discovered that the monk would appear from time to time when she had not willed it. The  friendly little the figure was now taking on a distinctly sinister aspect. Eventually her companions, who were unaware of the mental disciplines she was practicing, began to ask about the "stranger" who had turned up in their camp-a clear indication that a creature had become real. David-Neel decided things had gone too far and applied different  techniques to reabsorb the creature into her own mind. A sort of exorcism . The tulpa proved very unwilling to comply so that the process took several weeks and left its creator, David-Neel exhausted.

See : Body Mind & Spirit: A Dictionary of New Age Ideas, People, Places, and Terms [Paperback]Eileen Campbell (Author), J. H. Brennan (Author), Tuttle Pub; Rev Exp Su edition (Feb 1994)
So if anyone concentrated enough they could produce their own tulpa in theory. Usually though when people see cryptids they are not concentrating and quite often not expecting to see anything. Could the sub conscious mind produce the tulpa/cryptid perhaps, without the need for concentration? If you are in a creepy place you are more likely to think you have seen things as atmosphere affects our emotions. There is no proof either way whether cryptids are real creatures or tulpas but it adds another layer to the world of cryptozoology. Could something like the bigfoot creature have been a tulpa created out of one mind and now seen by others? Tulpas do seem to develop a life and will of their own according to David-Neel.  Something more for discussion in the cryptozoology ring and perhaps fuel for the sceptics.
Posted by Jon Downes at 1:12 PM 2 comments:

It has been a strange day. Ever since 1975 I have bought the new David Bowie album on the day of release, and ever since 1983 I have always hoped that it would be "the best one since 'Scary Monsters`". If I am honest, even with the best of the intervening albums like 'Heathen' (2001) I was a teensy bit disappointed. If I had been writing his school report for the Academy of Conceptual Rock & Roll, I would have been forced to write "could do better". Now he has. 'The Next Day'is absolutely peerless. It is certainly his best album since 'Scary Monsters' maybe before that. It does all the things you want it to, presses all the right buttons, but unlike previous works like 'Hours' (1999) it doesn't come over like a pastiche of former glories. It is absolutely sincere. If this turns out to be his last album it is the perfect Victor Ludorum but Gosh, I hope he carries on.

*  Jon Downes, the Editor of all these ventures (and several others) is an old hippy of 53 who - together with his orange cat (who is currently on sick leave in Staffordshire) and a not very small orange kitten (who isn't) puts it all together from a converted potato shed in a tumbledown cottage deep in rural Devon which he shares with various fish. He is ably assisted by his lovely wife Corinna, his bulldog/boxer Prudence, his elderly mother-in-law, and a motley collection of social malcontents. Plus.. did we mention the orange cats?
Posted by Jon Downes at 1:05 PM No comments: 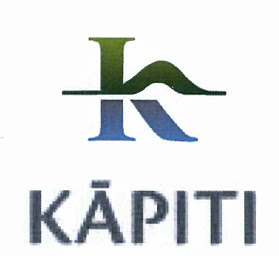 A word about cryptolinks: we are not responsible for the content of cryptolinks, which are merely links to outside articles that we think are interesting, usually posted up without any comment whatsoever from me. However, one does not usually get the phrases 'mildly pornographic' and 'Loch Ness Monster' in the same article.

A rebrand of Kapiti's tourism image may be tweaked to include the word "coast" amid suggestions its logo looks pornographic or like the Loch Ness monster. The logo, part of a $30,000 Kapiti Coast District Council contract, polarised opinion when unveiled at last week's meeting. It includes a 'k', shaped, and coloured green and blue, to look like a mountain and the sea. Underneath is the single word: "Kapiti".
Councillor Tony Lester backed the logo, which he said was "absolutely excellent".

IMAGE CREDIT:
THINKSTOCK
Whether or not you believe in Bigfoot, chances are you live pretty close to somebody who does: Sasquatch sightings have been reported in every state but Hawaii over the course of several centuries. In the process, a number of bizarre theories have been put forth to explain how the mysterious beasts came to be, reproduce, and constantly evade us.

1. A DNA TEST PROVED THAT BIGFOOT IS A PART-HUMAN HYBRID… AND DESERVES U.S. CITIZENSHIP!

Texas veterinarian Melba S. Ketchum claimed last November to have proved via sasquatch DNA sample that the legendary apes are partially human. She even went so far as to insist that the Government recognize them as “an indigenous people and immediately protect their human and Constitutional rights."

Following the disaster, a few witnesses reported seeing federal helicopters carrying off the charred remains of several sasquatches from the area. Prior to the eruption, Mount St. Helens had already been a hot spot for supposed “ape-men” sightings since the 1920s. In fact, so many of these stories were recorded that a nearby gorge was eventually named “Ape Canyon.”

On this day in 2007 Arnold Drake died. Drake created several characters in American comics including Deadman.
And now the news:

Drake also wrote screenplays for films, here's a trailer for one of his:
http://www.youtube.com/watch?v=hzMRpQtUNCE
Posted by Jon Downes at 10:35 AM No comments: