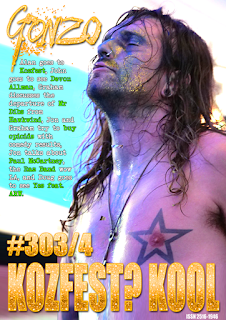 ON THIS DAY IN -  1400 - Owain Glyndwr was proclaimed Prince of Wales after rebelling against English rule. He was the last Welsh-born Prince of Wales.
And now some more recent news from the CFZ Newsdesk