NIGEL WRIGHT: A hidden gem of the north-western UK (But has it a tragic secret to hide?) 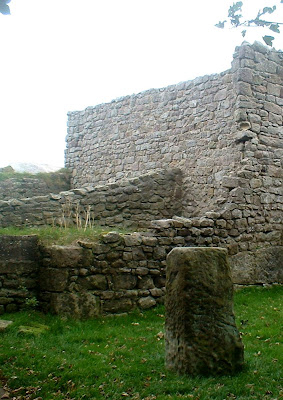 In the ten months or so since my family and I moved up to the northwest barely a day has gone by lest we discover a new and totally fascinating place. Most of these have been wonderful and totally family-friendly but last week my wife and I discovered somewhere, barely a couple of miles from our new home, that at first seemed a fantastic location - full of history and with views to die for. However, upon walking around the location with my wife, who is gifted with clairvoyance and is about as down to earth as they come, we may have discovered one of its hidden secrets, hidden in the mists of time.

So, where is this place of forgotten lives? It is at Heysham, near Morecambe, on the northwest coastline of the UK. The village itself is beautiful - full of small, 17th Century cottages, placed along a small street that leads down to the shore of Morecambe Bay. At the bottom of one of these streets is the small church, beside which is a small pathway that leads up to a quiet, open point of the hill that overlooks the bay itself. It is on this point that the ruins of St Patrick’s chapel lie. A few walls remain but it is what surrounds these walls that is the really interesting thing. The chapel itself dates from the 7th Century AD, and here, lying beside the ruins, are some stone carved Viking graves. On the day we visited the chapel, the graves were filled with rain water, which in a strange way seemed to add to their candour. As I looked at these graves, filled as they were, I mused on the idea that in ancient times our ancestors thought that water was an entrance to another world, hence their sacrifices made in lakes, ponds and wells.

My wife Sue and I made our way around the ruins, me snapping away with my camera. I was hoping to capture perhaps a 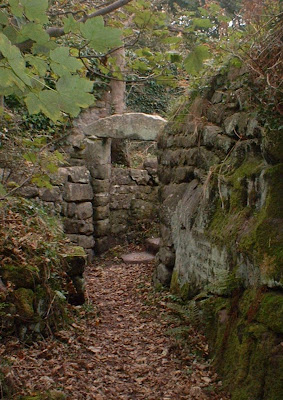 n odd orb floating amongst the stonework. Then, as we came to a corner of the wall, my wife stared at the corner itself. Now, I have been with my wife enough years to know when she has seen someone or something. She just stared for a minute or two, then I asked her quietly, “What have you seen there?” She, quite calmly, replied that she saw a lady, dressed in a long flowing dress, with a headdress, asking for help from us. I, of course, saw nothing there, but then again, I would not!

I took a couple of pictures of the corner as she spoke, to check for orbs or shadows, to prove on film any paranormal effect. I should, at this point, say that I can “feel” things when around certain places. I never see anything sadly, but I can tell when something is not “right”. By the time this had happened, I had not felt a thing at the chapel. Then I decided to explore a bit more on my own, to see if I could pick up anything at all. So, off I set, wandering across the site, until I came across a small set of stone steps, that led down to a semi- hidden path, that led around part of the boundary of the walls.

I rather carefully made my way downwards towards the path. At the bottom of the steps the pathway led off to the right, and curved gently to the right under an ancient stone archway. As I walked up this pathway the feelings I know so well began. This was not a nice place! I felt as if there had been great sadness there. What sort of sadness, I do not know, but the feelings were ones of fear and wretchedness, and they made me just want to get the heck out of there! This I did! 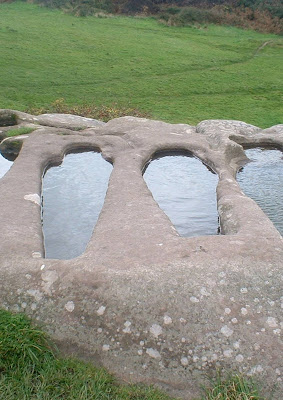 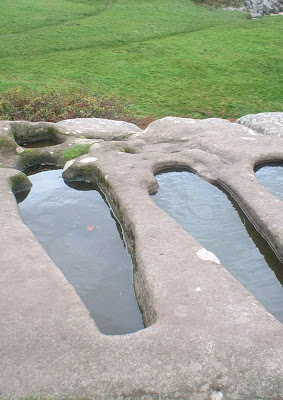 So, what is the secret hidden in this beautiful, and haunting place? I don't know, and to be honest, I think that it will remain hidden, because of the time that has elapsed since. Whatever the feelings this chapel evokes, it is a place that I would really recommend anyone visiting the area should visit. Its location, high up on the shoreline overlooking Morecambe Bay, together with the fantastic stone graves, is an experience I wouldn’t miss for a thousand dollars! 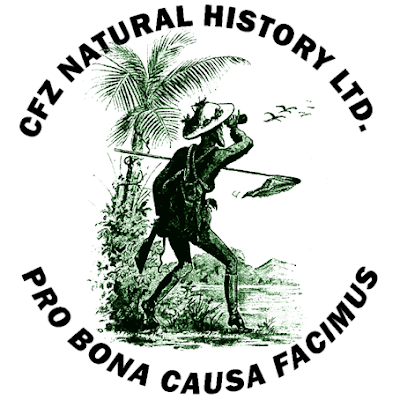 As the eagle-eyed amongst you will know, as of September 20th the CFZ, the blog, Amateur Naturalist magazine and the other things that we do in the worlds of cryptozoology and Natural History have been administered by a company limited by guarantee.

Now, the aforesaid company has a logo...
Posted by Jon Downes at 11:32 AM No comments:

The second volume of the acclaimed UFO encyclopaedia Haunted Skies will be out in the next month or so. Here is a sneak preview of the cover....
Posted by Jon Downes at 11:29 AM No comments: 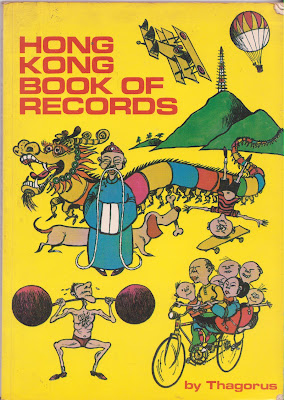 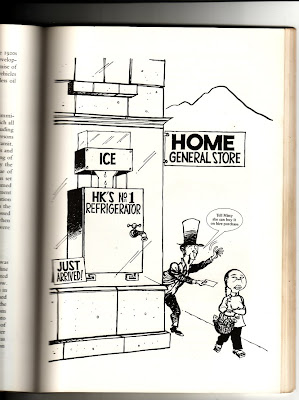 Apart from thinking that the picture I posted yesterday which purports to be of a Chinese wild-woman is pretty unconvincing, the expression on 'her' face reminds me of the cartoons in a book from my collection of tomes about Hong Kong. Although the book has some fascinating stuff in it, I have always found the cartoons mildly racist and slightly distasteful....

On this day in 1871 Charles Babbage died. Babbage designed the world's first computer and computer printer, but sadly was unable to secure funding to physically build it. Recently the machine was built from his plans by the Science Museum in London and both the calculator and printer work perfectly.

Rescuing our oceans in the International Year of B...
The changing face of the coastline
Will for Wildlife Week
Vast toxic tailing ponds in Canada threaten a huge...
Humpback travels from Brazil to Madagascar – Break...
Unlikely double act attracts attention

Another fairly tenuous link today but here's a clip from the best comedy double act of the 90s:
Lee and Herring's reasonably scary monsters
Posted by Jon Downes at 11:17 AM No comments: