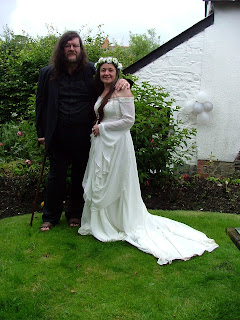 Three years ago today my lovely wife Corinna was silly enough to marry me, and I am jolly glad that she did. The last three years have been a catalogue of deaths and disasters, but all the way through we have had each other, and that has been the one beacon of light that has got me through it all. 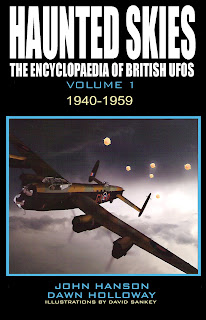 The Centre for Fortean Zoology has for several years led the field in Fortean publishing. CFZ Press is the only publishing company specialising in books on monsters and mystery animals. CFZ Press has published more books on this subject than any other company in history and has attracted such well known authors as Andy Roberts, Nick Redfern, Michael Newton, Dr Karl Shuker, Neil Arnold, Dr Darren Naish, Jon Downes, Ken Gerhard and Richard Freeman.
Now CFZ Press is launching a new imprint. Fortean Words is a new line of books dealing with Fortean subjects other than cryptozoology, which is, after all, the subject the CFZ are best known for. Fortean Words is being launched with a spectacular multi-volume series called Haunted Skies, which covers British UFO sightings between 1940 and 2010. Former policeman John Hanson and his long-suffering partner Dawn Holloway have compiled a peerless library of sighting reports, many of which have not been made public before.
Other forthcoming books include a look at the Berwyn Mountains UFO case by renowned Fortean Andy Roberts and a series of books by transatlantic researcher Nick Redfern.
CFZ Press is dedicated to maintaining the fine quality of their works with Fortean Words. New authors tackling new subjects will always be encouraged, and we hope that our books will continue to be as ground breaking and popular as ever.
Posted by Jon Downes at 11:44 AM No comments: 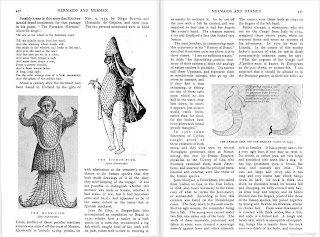 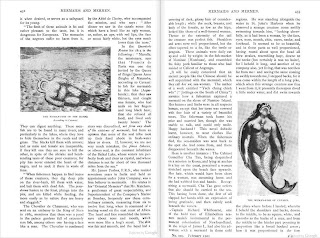 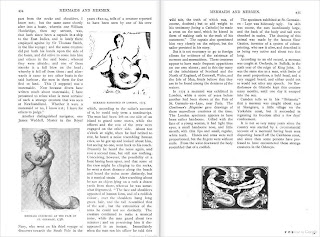 Robert Schneck wrote: This is an article called 'Mermaids and Mermen' by Edward VIzetelly, that appeared in The English Illustrated Magazine No. 209, February 1901. Some of the accounts are familiar; others are not; and it's well illustrated. Hope you can use it.

We can indeed run it Robert, and ran the first part yesterday. Here is part two. 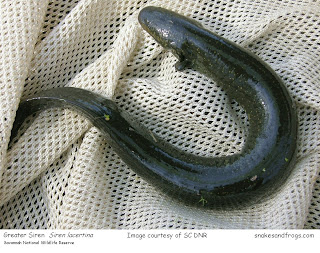 Yesterday I bemoaned the fact that we couldn't afford to buy a trio of greater sirens, an obscure but to my mind remarkably cute species of aquatic salamander. With remarkable generosity Paul Haresnape has offered to buy them for us.

It now remains to see if they are still available. I shot off an email late last night and am still awaiting a reply.
Posted by Jon Downes at 11:27 AM No comments:

D. R. SHOOP: Minnesotans will be able to hunt sandhill cranes this fall for the first time.

DOUG WRITES: I honestly can’t believe this is for real! I find it horrific and sickening.

The Minnesota Department of Natural Resources said the sandhill crane season will begin Sept. 4 and go through Oct. 10. The hunting area includes portions of Kittson, Roseau, Marshall, Pennington, Red Lake and Polk counties. Hunters are limited to two birds in one day and are subject to a possession limit of four birds.
Because sandhill cranes are migratory birds, the U.S. Fish and Wildlife Service regulates their harvest. The DNR applied to have a hunting season in northwestern Minnesota because that's where the Midcontinental population of sandhill cranes stay in the late summer and early fall before the lakes freeze up.

On this day in 1961 Neil Armstrong became the first man to set foot on the moon.
And now, the news:

Scientists discover bizarre deep sea creatures
LOT LESS MONSTER
Ashes of Coronation Street cat up for auction
'Alarming decline' among London's house sparrows
After Oil Spills, Hidden Damage Can Last for Years...
Hundreds Of Malagasy Tortoises Seized In Malaysia ...
The Turtle Gatherer of the Bronx (Via HerpDigest)
Shrimping and Sea Turtles: Is It Either/Or? Some T...
Dolphin calf at Minnesota Zoo (Via D.R Shoop)
The Return of the Giant Hogweed
Spider-infested ship turned back from Guam

And today’s song is:

http://www.youtube.com/watch?v=714-Ioa4XQw&feature=related
Posted by Jon Downes at 10:50 AM No comments: