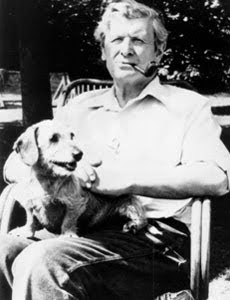 Perhaps the greatest children's author of his generation, Dick King-Smith OBE, died in his sleep on the 4th of January. King-Smith is probably best remembered for being the author of 'The Sheep-Pig' which was later adapted to film under it's American title 'Babe' and the touching story of 'The Water Horse' which was also adapted into a successful film. The Water Horse was the story of how a young boy found an egg which hatched to grow into the Loch Ness Monster, the story works in several parts of Nessie-lore including the 'real' reason why the 'surgeon’s photo' was faked. King-Smith's books were frequently about animals, farm animals in particular, and many had fortean themes like 'Dragon Boy' and 'Paddy's Pot of Gold'; stories about Dragons and Leprechauns respectively. 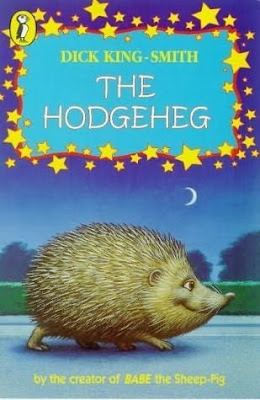 oming a farmer for 20 years, an experience he would draw extensively from in his stories. He then became a teacher and later an author in 1978 with the publication of his first novel 'The Fox Busters', a story about a group of chickens that take matters into their own hands to eradicate a fox problem in a style reminiscent of 'Dam Busters'. From 1978 to 2007 he wrote a staggering 134 children's books, most of which gained consistently good reviews.

On a personal level Dick King-Smith's books meant a great deal to me. As a child I would love hearing and later reading his books myse 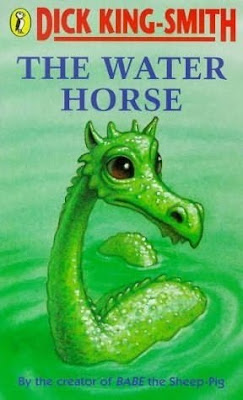 lf at bedtime especially 'Daggie Dogfoot' (a charming story about a small pig born as the runt of the litter who became the first pig to fly) and 'Saddle Bottom' (the tale of a pig who became a military mascot after nearly becoming sausages), and they instilled in me a love and respect for animals from a very young age. My favourite book however was the Hodgeheg, which formed the inspiration for the Claude Gill Bookshop's young readers club.

Rest in peace Dick King-Smith, after bringing joy to so many people all over the world you've earned it.
Posted by Jon Downes at 1:27 PM No comments:

WITH SO MUCH NONSENSE BEING TALKED ABOUT THE BIG BIRD-KILLS THIS WEEK, I WANTED TO PLACE THEM INTO SOME SORT OF PERSPECTIVE

Incidents of mass wildlife mortality are quite common

THREE thousand blackbirds fell from the sky in the American state of Arkansas on New Year’s Eve. The cause has not yet been determined but preliminary laboratory tests revealed acute physical trauma. Fireworks may have been to blame. While the incident was alarming, it is not unprecedented, according to America’s National Wildlife Health Centre which monitors wildlife mortality events across America. One of the biggest such events occurred in 1986, when 30,000 Ohioan blackbirds and starlings were poisoned over a period of eight days. Our chart shows the incidents that caused the most wildlife fatalities in 2010.
Posted by Jon Downes at 1:08 PM No comments:

Is the Arkansas/Louisiana mass bird kill an omen predicted by Nostradamus?

Is the Arkansas/Louisiana mass bird kill an omen predicted by Nostradamus?
Posted by Jon Downes at 1:08 PM No comments:

Beachcombing is in disgrace tonight for accidentally sitting on ten-day-old Tiny Miss B – she was wrapped in a duvet on a sofa and Beachcombing homes in on comfort wherever it is to be found. Beachcombing will expiate his guilt by writing about Mary Anning (obit 1847), the fossil hunter and an extraordinary fire-from-the-heavens episode in her childhood that proved almost as dangerous as Beachcombing’s posterior.

On this day in 1782 Jean-Pierre Blanchard and John Jeffries undertook the first flight by hot air balloon across the English Channel.
And now, the news:

Please can you post this on the CFZ website? It seems like we had a very lucky escape. I have just heard from Dipu that there has been 'communal fighting' between the Garos and Rabha people from Assam. As a result the Garo border is closed, shops and vehicles are burnt out, and people have been killed. I understand that National Geographic have cancelled their planned expedition to search for the Mande-Burung. I have checked on our team and can confirm that they are okay.

Adam.
Posted by Jon Downes at 1:05 PM No comments: