Capturing Bigfoot On Coast To Coast AM

Bigfoot Evidence
I looked in time to see a bigfoot measuring 7′ to 7'6” walking into a thicket. It had reddish brown hair. Didn't see the face but did see the right hand ...

Bigfoot Evidence
Prehistoric Bone Hunter posted this audio on youtube of a possible bigfoot yell that they recorded out in the field.

Terrified hiker captures the moment he totally freaked out after spotting Yeti-like creature ...

The Scottish Sun
It has since resurfaced on social media site Reddit as members keenly discuss the world's most convincing sightings of Bigfoot. One wrote: “Best part ...

The Bigfoot Triangle Pattern - What Does It Mean?
Bigfoot Evidence
The Trail to Bigfoot team believes they have figured out a pattern in bigfoot's behavior. What does it mean? Check out the first night investigation ...

CRYPTOLINK: Couple have their romantic seaside snap ruined by a photobombing ‘monster’

A word about cryptolinks: we are not responsible for the content of cryptolinks, which are merely links to outside articles that we think are interesting (sometimes for the wrong reasons), usually posted up without any comment whatsoever from me.
A COUPLE had a romantic moment on a pier ruined by giant ‘sea monster’ photobombing them.
Photographer and graphic designer Michael Green, 56, captured the odd sight while photographing a young couple’s embrace.

The mysterious ‘monster’ appeared to be just popping up over the top of the waves.
Michael had been in Herne Bay to take the picture during a holiday back in July, but says that he has only just discovered the strange creature in his snap.
Michael said: “I took some photos of Herne Bay pier and as I was walking along the seafront saw a couple on the blue viewing point opposite. 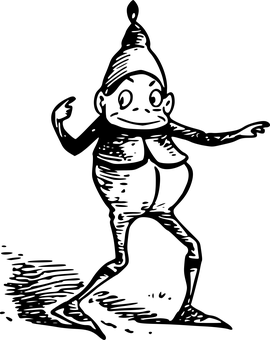 ON THIS DAY IN - 1861 - The Confederate States of America was formed.
And now some more recent news from the CFZ Newsdesk