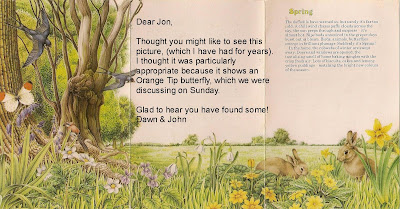 According to this link which was sent to us by John Hanson, the unconvincing dead "alien" in the videoi we posted a few days ago was a construct made of stale bread and chicken skin. Hmmmmm.
Posted by Jon Downes at 11:59 AM 1 comment:

Swamp Ghost
The Biddeford Weekly of 2nd April 1926 investigated the report of ‘Sisters Terrified By The Tales Related By Caretaker’. Local man and warden of Mystic, Connecticut, George Denison was on the track of a monster said to have been responsible for molesting two young women, Mildred and Muriel Miner whilst they were at home at their farmhouse. The 2,000 acre estate included the Taugwank swamp.

Since the death of their father the previous year, the girls, who’d been left the farmhouse, ‘reported that a fear inspiring figure, scarce human in appearance, lurked about the house, danced on the summit of a rock 300 feet from the door, and uttered cried like those of an infant. The women told the newspaper at the time that they felt as though they were being forced to sell the farmhouse and the warden commented that the object of his search was to settle once and for all the rumours that a “strange creature” had been seen in the swamp.

He said: “If there is any trace of a strange freak of nature about I may reasonably be expected to uncover its tracks.”

A caretaker at the farmhouse named Frank Miller eventually resigned from his post stating that the tales of the beast were too terrifying for him to handle. However, the girls blamed the caretaker for their growing fear of the outside world stating: “Every time a blind blew with the wind or the coal shed door squeaked he persisted in saying it was a ghost. When the strange creature was first seen we told Miller it was a real ghost. He was so frightened that his teeth chattered and his knees knocked together.”

A Monster Of Many Colours
The Washington Observer of November 13th 1906 reported ‘Giant Beast Had Eyes Like Moons And Wore Horns’ after a terrifying encounter took place in Winsted, Conn, on 12th November. A J.E. Law had three horrifying experiences described as follows: “As I entered the woods at Indian Lake a mammoth animal, the size of an elephant, white as snow, with eyes like two moons ad horns like a reindeer, rose up in my path. I gave one yell and the mysterious thing vanished as quickly as it appeared without making any noise. Reaching the old ore pit on the crest of the hill at the state line, where the Moravian missionaries were massacred by the Indians many years ago, the same apparition loomed up in my path, but this time it was as red as fire with eyes glaring like two block signals. I shut my eyes, shrieked, and when I looked for the red monster he was gone. When near the watering tub at Hazzard place, Sharon, the hideous giant rose up again. This time the monster was so black I could just discern its outlines by two green searchlights. I must have fainted from fright, for when I recovered my senses it was daylight and my clothes were still damp from perspiration and my hair white where it was a jet black before.”
Posted by Jon Downes at 11:56 AM No comments:

http://hauntedskies.blogspot.com/2011/04/prince-charles-chicken-walk-shagbats_26.html
Posted by Jon Downes at 11:51 AM No comments:

On this day in 1986 the Chernobyl nuclear disaster happened.
And now, the news:

Close enough:
http://www.youtube.com/watch?v=UDWTLx1Ndns
Posted by Jon Downes at 11:50 AM No comments:

Richard Muirhead should be pleased: I took special care to shoehorn this in as soon as possible.
Back to Raheel Mughal's list again for the next week; this entry was a minor detour because I thought it needed to be said.
Posted by Jon Downes at 11:49 AM No comments:

http://karlshuker.blogspot.com/2011/04/two-easter-themed-bird-legends-in-verse.html
Posted by Jon Downes at 11:43 AM No comments: