Happy Halloween, everyone.
And now the news:
Insects Are Scared to Death of Fish
Python Study May Have Implications for Human Heart...
Environmentalists hunt wildlife-killing nurdles
Antarctic fur seals breed where they were born
Wolves 'thriving' in Germany
Imperial Woodpecker found on 1956 film but not on ...

A TALE OF TERROR:
http://www.youtube.com/watch?v=-JY5sxZWUck
Posted by Jon Downes at 11:24 AM No comments:

http://eclectariumshuker.blogspot.com/2011/10/who-ya-gonna-call-cloud-busters.html
Posted by Jon Downes at 11:19 AM No comments:

A collection of more than 600 rare books dubbed the "last great private library" in New Zealand goes under the hammer in Auckland next week. The books, collected by Auckland naturalist and scholar Arthur Pycroft, who died in 1971, include a complete set of Cook's Voyages, published in the 1770s; a first edition of the first novel published in New Zealand, Taranaki: A Tale of the War by Henry Stoney (1861); and a two-volume set of Captain Scott's journals from his last expedition, published in 1914. 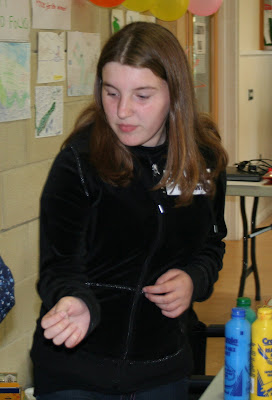 Many happy returns of the day to Miss Rosie Curtis
Posted by Jon Downes at 10:26 AM No comments: